Whenever I see something exciting or intriguing or infuriating come up in the news, my first instinct is to write a story about it. It's a perfect example of the principle, "When your only tool is a hammer, every problem looks like a Loki."

I resist that temptation. By the time a story is published, even on the short turnaround of self-publishing (because I don't publish stuff that hasn't been edited) the individual news item will be somewhat stale. On the other hand, as a writer of speculative fiction, I feel it's important to comment on how human society is changing. Some folks argue that that is what science fiction, at its core, is about. But these two impulses are not incompatible.

What I've learned to do is this: I take a broader view, and look at the trends implied by the events. What would the world look like with broader corporate power, and governments that are generally unable to restrict them? What would the world look like with androids that appeared nearly identical to humans? How would society adapt to the ability to finely control how our brains work?

At this point, you might ask, "But Nobilis, you write erotica. Erotica is for escapism. People don't want to be thinking about profound issues of world-shaking import when they're getting their rocks off." My answer is: Screw that. I think that erotica is a perfect place to talk about society. Sex is one of the most personal, most intimate aspects of a person's relationship, and when events in the world intrude that far into a person's life that it affects their sexual relationships, it's an important event indeed.

Now that's not to say that every story I write has deep sociological meaning. I write plenty of fluff alongside more serious work. But I see no reason not to talk about things that are important to me, just because I write erotica.

What do you think? Do you like to think about what sexual relationships might be like in other circumstances than the here and now? Comment here and in one week (July 16, 2014) I'll pick one commenter at random for a free copy of "Metharmea's Journey," an exploration of fluid sexuality in a context of radical, bizarre body modification. 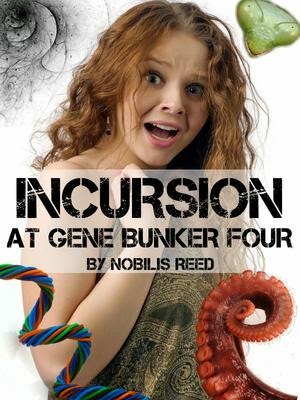 Three women guard one of the world's most precious resources--a man. He is one of only a few that remain after the mysterious gender plague turned the vast majority of humanity.  Females Sasha, Andie and Lena are about to discover the purpose of the gender plague, and will feel all of the terror--and the ecstasy--that those responsible can bring. 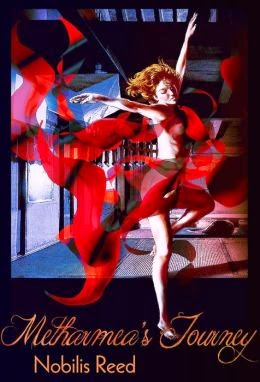 Matharea's Journey by Nobilis Reed
She journeyed deep into the underground world of her own time and found it Hell, Heaven, and Purgatory - all in one! A mesmerizing science fiction novel of tomorrow's disturbing possibilities that are already emerging today.

Metharmea discovers a secret world where the human body can be transformed. Will she chose to change? And how? And what price is she willing to pay?

The human form is a work of art. Over the centuries it's been depicted on canvas, in stone, and using all mediums. The body itself has been decorated and embellished yet the basic anatomy has remained the same. But what if it's no longer fantasy? Or not just artwork any more? When science is able to transform human flesh into these fantasy bodies, who will undergo the transformation and at what price?

A few years ago NOBILIS REED decided to start sharing the naughty little stories he scribbled out in hidden notebooks. To his surprise, people actually liked them! Now, he can’t stop. The poor man is addicted. His wife, teenage children, and even the cats just look on this wretch of a man, hunched over his computer and shake their heads. Clearly, there is no hope for him. The best that can be hoped for is to just make him as comfortable as his condition will allow. Symptoms of his condition include a novel, several novellas, and numerous short stories, and the longest-running erotica podcast in the history of the world. 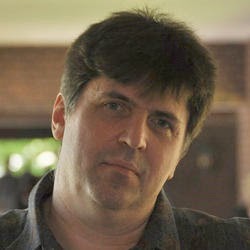 @bn100 and Michelle Rae: Thank you for coming by!

I'm so sorry - I announced your post to my list but Blogger changed the URL on me. I didn't see the problem until just now, because I was away on a business retreat.

Anyway, thanks for being my guest. I definitely agree with your premise. It's hard to think of any important technological or social development that doesn't have sexual implications. And of course some of the most fascinating "what-ifs" relate to changes that center on our sexuality.

I just received Lisabet's correction for this and I hope that's ok. I do think what sex would be like in different circumstances other than here and now. It's nice to know I'm not the only one.

Hello thanks for the giveaway it seem like an interesting read. rojoroaors@yahoo.com

Interesting. It's fun to explore 'what ifs' using todays headlines and issues. I agree sex is an integral part of it. Thanks for the chance to win your book. Premise sounds interesting.
Patricia

Lora, Roger, and ...Panthers, I guess? Thanks for stopping by.

Nobilis, I always enjoy your writing. I agree -- sexuality isn't separate from the social issues that influence individuals.
- Jean Roberta

Thanks for commenting, Jean!

Six entries make it easy, I've got some dice handy...