For Better Or Worse

Have you ever found out that one of your favorite authors uses a pseudonym? Have you ever wondered why an author might choose to do so?

I, like many other authors I’m sure, have several good reasons for using one.

First, my mother’s family is very straight-laced and religious. I couldn’t envision telling my very sweet aunt or my very prim and proper uncle that I write graphically explicit male-male-male love scenes. As it turns out, one of my children is now transgender female, and when I admitted that to them, they couldn’t, wouldn’t accept her.

Additionally, I don’t want my activities to adversely affect my family. The mother of my son’s best friend stopped allowing her child to play with mine because my husband had made and displayed a ceramic dragon. She was very religious and thought we’d joined a satanic cult because of a silly figurine. I can only imagine that she’d look even less favorably upon what I write.

I’m sure other authors have other good reasons to hide their identity as well. I’d love to hear them.

Deciding to use a pseudonym was only the first step in the process. Next I had to choose a pen
name.

I was watching a Cheryl Ladd movie during the decision-making process, thus it was one of many last names on the list of possibilities. Next, I wanted to choose a first name that was popular with the twenty-forty year old crowd. After that I made a long list of possible combinations and asked my critique group which one they liked. Ashley Ladd won the vote.

However, I wasn’t done there. I didn’t want to use another author’s or famous person’s name, or even a name I found on the Internet. Then I googled the name. At that time, no one else named Ashley Ladd came up on a Google search. So I adopted the name. When I googled Ashley Ladd to find mentions of my recently released romance novel Cooking Up A Storm, however, I found at least five other people named Ashley Ladd. Worse, a few years ago I received an email from another Ashley Ladd accusing me of stealing her name. By then, I had several books published as Ashley Ladd, and hopefully a following.

I don’t know if it’s possible to choose a unique name. I work with a large data base at my day job and very often see two or more people with the same “unusual” name. Most of the time when I speak to someone like that they presume they are the only person on Earth with that name, so I know it’s not a family member.

Should I have made up a really unusual name like Swanzetta to use for my pseudonym? It probably wouldn’t have helped. I’ve seen this name for a real person.

Guy Rogers is extremely attracted to his new realtor, Tom Beaudreaux. As a passionate vegetarian and animal activist, he’s ecstatic that Tom is a kindred soul. He could never be with a carnivore. Unfortunately, Tommy isn’t really a vegetarian or animal activist. He never said he was either, he just didn’t eat meat when he was with Guy. And maybe he emptied his house of all meat and dairy products before inviting Guy over. In fact, Tommy’s family owns the most popular barbecue restaurant in town and if his family has their way, he’ll manage the new location.

When Guy finds out that Tommy eats meat and his family owns a restaurant that is a monument to eating meat, he’s livid and doesn’t know if he wants anything else to do with Tommy.

But then Guy’s life gets crazy –his dad’s paranoia blossoms into violent dementia, he gets arrested for picketing a doggy mill, and then he winds up in even more legal trouble. When Tommy sticks by him through all his trouble and does everything he can to help him, Guy wonders if he’s been too militant and narrow-minded. Perhaps he can learn to live with people who have opposite views. 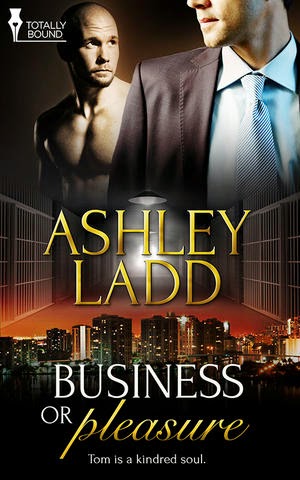 Gunshots rang out as they turned onto Guy’s street.

Tommy looked at him and mouthed, “Shit! You don’t think…?”

“I hope not. I don’t know.” Guy pressed the gas pedal to the floor and the car shot forward, fish-tailing.

Guy’s intuition told him he wasn’t. His knuckles turned white they held the steering wheel so tightly. Unafraid for himself but scared for his dad, he pulled into his driveway and jumped out of the car, with Tommy close on his heels.

The woman next door ran outside screaming, tearing out her already tattered hair. She pointed at her front door. “Your father’s shooting up my house and is holding a gun at my dad’s head. He’s going to kill him. You’ve got to do something.”

Tommy yelled as he began dialing on his phone, “I’m calling the police.” As if on cue, police sirens blared in the distance and grew louder by the second.

“Wait for the police. Don’t put yourself in danger,” Tommy ordered forcefully.

“I have to take the chance. He could kill someone before the police get here. I can’t let that happen.” He put himself in harm’s way for animals, so certainly he could risk his life for his own father and other fellow human beings. He had no choice. It would be his fault if someone got hurt.

So he ran through the open door flailing his arms, hoping he would be in time. “Dad! It’s Guy. Don’t do anything. I’m here. You’ll be okay.”

“He’ll be okay? What about me? He’s got a shotgun pointed at my head threatening to blow it off,” the elderly neighbor cried.

Contest! Leave me a comment with your email, telling me what you think about Guy and Tom. I'll give a $10 bookstore gift certificate to one of you! 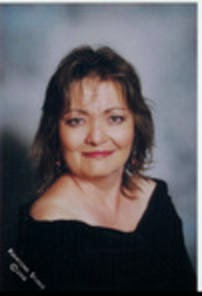 Ashley Ladd lives in South Florida with her husband, five children, and beloved pets. She loves the water, animals (especially cats), and playing on the computer.

She's been told she has a wicked sense of humour and often incorporates humour and adventure into her books. She also adores very spicy romance, which she weaves into her stories.

You can find Ashley at:

Wouldn't it be great if we lived in a world that was open minded and accepting (not just tolerant). But until then, you have to do what you need to, to be able to follow your dream. Keep moving forward (don't look back)!

Guy is going to have to learn to look a little deeper when it comes to picking out potential mates. We don't always know what is best for us. I'm Tom will teach him that.

It is sad how some people are so narrow minded. My daughter is gay but that does not change who she is. We love her for who she is. I have also gone the dementia route with my mother. While she did not become physical, she did become verbally abusive.
debby236 at gmail dot com

It's rather ironic that you explained why you use a pseudonym (totally understandable!) and your story is about Tom hiding behind a facade more attractive to Guy.

Guy & Tommy sound like an interesting pair. And no matter what their differences are, I'm glad it sounds like they try to get through them.

And I just have to say that I totally understand why you have another name to write under, but it's really sad that ppl wouldnt want to still be your friend because of your writing. =(

I'd say whatever allows you to feel comfortable getting the work out there is the right choice! Your work is new to me, but I'm always excited to find new m/m!

I can understand why you have to have a pen name it's kind of sad that there are so many narrow minded people in the world.

Oh that was a great blurb and snippet! I am surprised Tom would empty his house of meat and dairy for Guy... instead of trying to show his true self. Too many people try to hide things about themselves... Be true to you, not someone else.
As for writers and pen names... I am fine with it whether it is for different genres or you just do not want your names out there for a reason. Heck, I have given myself a nickname twice because I liked the sound of it. Thanks for sharing and congrats on your release!
greenshamrock at cox dot net

I'd like to read more of Tom & Guy. Thanks for the giveaway.
turtle6422(at)gmail(dot)com

I wonder if they'd let me watch and take notes. ;)
Thanks for stopping by.
kimberlydtalbot@gmail.com

Thanks for the post and the excerpt. I want more Guy and Tommy. :-)

It's a shame that people have to hide who they are or what kind of books they write or like to read. This sounds like a awesome book.
sstrode at scrtc dot com

Thank you Lisabet for hosting me and Business or Pleasure. Also I want to thank everybody who left comments and entered my contest. :) Ashley

Thank you for the interesting post. It's a shame that people are so closed minded and let their interpretation or beliefs affect their relationship.

I too am dismayed that people can be so self-righteous in their beliefs that it colours who they will talk to and be friends with, or remain to be family with. I can only hope that as time goes by and the younger generation grows up (who seem to be much more accepting), that these old out-dated ideas phase out. I would also like to read more of Tom and Guy to see how it all pans out. Mind you, I'm in Australia and we're STILL waiting on same-sex marriage to happen here. Problem is, a church-going Prime Minister who won't allow his cabinet to have a conscience vote on the issue... which means his agenda is the one we all have to follow! kelsey@netspace.net.au

Heh, I really liked the blurb! I am so excited to read Business or Pleasure. Thank you for the chance to win!

Awesome excerpt Ashley, I think if an author wants to use a pseudonym it should be their choice. I don't have too much patience for people who get all upset about people who are different, EVERYONE is different in one way or another.
Thanks for the awesome contest Ashley,

Thank you every for leaving such awesome comments for me. I let my son pick a name from all your names, out of a hat and he picked Sue Ahn's name. Please congratulate Sue Ahn. She's the winner of my $10 Amazon gift card and she's already received it.

You're all awesome. Ashley