[Got a sweet and sexy one for you today, by a very handsome male author of romance. Enjoy! ~ Lisabet] 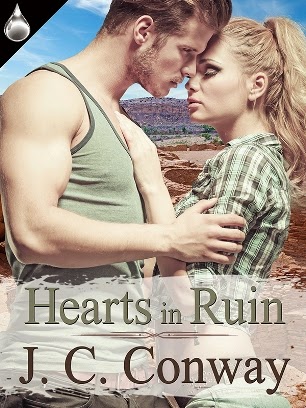 Andrea had one goal in life, a quiet career as a mainstream archaeologist—nothing more nothing less—and she's one ancient secret away. When she is teamed with maverick prodigy Daniel Fuchs at his controversial pre-Clovis dig on tribal land, she soon realizes his wild theories may sidetrack her career. Her smartest move is to expose him and that is exactly what she plans to do. Except…he’s hot, sexy, and there is a chance his theories may be right.

As the dig deepens and outside forces mount, Andrea and Daniel find their careers and their shaky relationship on the brink of ruin. Who can she trust? To survive professionally and emotionally, Andrea must decide between what is expected and what she believes, because time is running out and the developers' bulldozers are poised to level the site.

Delve into the mystery and excitement of an archaeological dig in the New Mexico desert and experience the drive, determination, and passion surrounding the quest to unlock the Paleolithic past in this contemporary, romantic suspense. Hearts In Ruin…no shovel required to join this adventure to discover an ancient truth!

"My favorite part: wait until you get to their first kiss. Never in the history of romance novels has there been a kiss like it. The second kiss leads to even better things."

And now an excerpt including that raved-about first kiss....

Later in the evening, Daniel slipped out to the patio for a reprieve—just a few moments of peace. The wide balcony overlooked the east side of campus with the lights of town beyond, backed by the night shadows of the mesa. He inhaled. Even here, amid streets, buildings, miles of surrounding commercial and residential neighborhoods, the scent of the uncivilized desert predominated. Its stillness soothed him.

He turned, startled. Andrea stepped into view, stunning in Pamela’s dress. He’d seen her in it all evening, but not in the moonlight like this.

He struggled for composure. He hadn’t expected anyone to join him here, especially Andrea. She was a hit at the dinner, a fresh young woman, as smart as the stuffy regulars, but piercingly direct and good humored.

“Is everything all right?” he asked.

“Sure.” She stepped toward him. “Except my date ditched me.”

“I didn’t think you needed me in there.”

Her eyes glinted. “So, you tired of the crowd?”

He laughed. She could not have nailed it much better. “Let’s just say I’ve already been to enough meetings, dinners, and functions of all kinds with this group to fill a lifetime.”

She stood next to him now at the railing and stared across the campus. “It’s a pretty school.”

He shrugged. “It has its charms.”

A subtle hint of perfume mingled seamlessly with the desert breeze. Amazing. Most of the women inside seemed anxious to disguise or completely cover up the smell and feel of the dry desert environment. But Andrea, who had never lived in the climate or even visited the desert before, chose a fragrance that accepted it and even complimented its arid beauty.

“Not all fake Ivy-League like the U,” she explained.

He smiled. “No. And if you have a thing for adobe and stucco then you can really learn to love it.”

She turned, leaning back against the railing. “The people seem nice,” she ventured. “I don’t really know why you left. Just because they didn’t support the dig? It seems you could’ve worked it out with these folks.”

Daniel could not tear his gaze from her profile and the bare shoulders just touched by soft and inviting golden-brown hair. But he was held by more than that. All of her qualities were admirable. Not only was she fascinatingly attractive, and perhaps even in spite of it, she was brilliant and clear minded, and she loved her work.

“They um…” Daniel’s throat thickened, as if he were trying to talk underwater. There was something about her—something between them that transcended this project, he knew. He’d been avoiding it. He wanted no complications during the dig. But that was only part of the problem. The fact was, he didn’t want to draw her too far into his private quest. He couldn’t do that to her. Not now, not at this critical juncture with her career poised to launch. It was bad enough that she was the project leader, and he hoped she didn’t have to explain that away the rest of her life after he finally published his findings. But why then, if he felt that way, did he recruit her? She was clearly in the running for a post at a good school. This project, once the controversy surfaced, was not a good stepping stone on that path. Did he really think if he kept her role limited that it could minimize the fallout to her career?

It had been different for him. He didn’t work so hard for his opportunities. He had been young when he reached that point. Just eighteen, still a kid. He met Madeline and willingly abandoned most of the career courses Andrea should follow. He was committed to his project. He never saw it as a choice. But how could he lead Andrea down the same path—especially after she worked so hard for so many years to gain a solid foothold in academia?

Andrea’s brow furrowed with contemplation and she turned to him. “I think you should have just stuck to your guns here. They like you more than you know.”

She lowered her chin. “You’re about as likeable as they get.”

He smiled, and without thinking, touched her hand. She didn’t retreat. The air warmed with electricity. A remnant of his rational mind searched for a response to her statement—a quip, a compliment, a rebuttal…anything. But the futile effort was overshadowed by the sharpening of his senses, an awakening triggered by her presence and warm touch.

She turned to face him squarely. He touched her arm, feeling the impossible softness of her skin. Her hand touched his stomach and slide to his waist. Her expression shifted. Her eyes surveyed his face. Was she searching for resistance or its opposite? He didn’t know. He wasn’t sure he cared. But he could tell that this closeness was something they’d both thought about before.

The moment grew, nearly eclipsing all else. He knew in his mind and heart that if he didn’t embrace her now, the moment could vanish forever. His heart pounded. He did not weigh options. This was not a matter of choice. It was roaring compulsion. He leaned close. He felt the heat of Andrea’s cheek, her warm breath. Their lips brushed across each other. Daniel savored the soft pass once, twice, then opening slightly more and connecting, pressing, tasting and melding. His chest filled with fire. The world fell away. He reached around her, pulling her close. She nestled in, leaving no gap.

He felt no barrier between them. His lips touched her nose, her cheek, the crook of her neck. He returned to her lips and they tasted each other again. Andrea mewed. It felt right to be lost in her touch and her breath. Their chests heaved together. Their embrace softened. Daniel roamed the curve of her spine. She responded with equal, soft passion. He felt the release of a long, satisfied sigh.

He smiled. She giggled lightly.

A rough, “Ahem,” broke the moment like shattered crystal. They weren’t alone.

Eyes widened, they released their holds and turned.

“I don’t mean to disturb you.”

HEARTS IN RUIN is available at:
About the Author 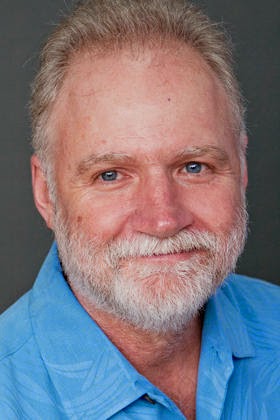 J. C. Conway is a romance, science fiction and fantasy author, writing novels and short stories for adults, young adults and teens. Hearts in Ruin is his debut novel. He is a grand prize winner of the Yosemite Romance Writers Smooch contest. He will have short stories published this summer by The Colored Lens and Comets & Criminals. His writing passion began with a grade-school assignment to write anything he liked, which, at the time, included dinosaurs, robots, army heroes and alien invaders. Since then he's added deep simmering passion, tense internal conflict and emotional dilemmas. To learn more, visit his website at http://jcconway.com, his Facebook page at https://www.facebook.com/J.C.Conway.Writer, or follow him on Twitter at https://twitter.com/jcconwaywriter. Also feel free to visit http://HeartsInRuin.com, the website dedicated to his debut novel.