A View to a Kilt: Behind the Scenes

People often ask where I get my ideas. It usually isn’t one place and sometimes once the book is done I don’t even remember. When I thought about where A View to a Kilt came from I realized it came from different facets of my life

I have a friend who is of Scottish descent. He plays bagpipes and likes to tell dirty Scottish jokes. He is probably my biggest source of the Scottish jokes. The other source is someone who actually lives in Scotland. We met when my husband and I lived in England. He e-mailed him one day and he sent me back a large amount of Scottish jokes.

It’s good to have friends. 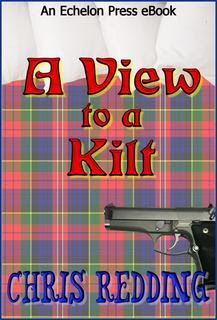 It’s good to have friends.

A View to a Kilt is set in Philadelphia. I grew up in the suburbs of Philly and my Dad instilled in me a love of the city. Despite not living in Eagles country, I am still a fan. And so is my oldest son.

The portrait that is pivotal to the story? I have no memory of where that came from. None. Could not tell you what I was thinking when I put that in there. Wish I had a great story. That would be more interesting than having no idea why I chose a portrait.

Why does the heroine come from Montana? Because I have a friend who is from Montana and I could pick her brain about what it was like. I also have been fascinated with the West since I honeymooned in Utah.

I guess it comes down to this. No story comes from just one place. A writer takes different facts and weaves them into a fictional story.

And if I didn’t have friends I might not be able to write.

Blurb for A View to a Kilt:

Waking up next to a dead guy can ruin your whole day. When a wise-cracking interior decorator wants to put her past behind her, the dead body of the mayor’s son makes her realize that won’t happen too easily. A conservative former computer geek for the FBI is holding on too tightly to his past. His wife died under suspicious circumstances and he believes the decorator has the information to solve the case. Unfortunately for him, she isn’t speaking until a series of events convinces her she needs protection especially when her biggest secret threatens to destroy both of their lives.

Excerpt from A View to a Kilt:

Someone bumped into her as she shifted her weight, her stomach growling.

“Excuse me,” he said, from the depths of his chest.

She looked up into puppy dog brown eyes that were vaguely familiar. Then she remembered. “You’re the guy from the hospital.”

His grin surfaced like a dolphin jumping a hoop. His eyes lit up right before they scrunched into slits. “You remembered. I’m flattered. Angus MacPherson.

Her gaze raked up and down him, settling onto his hair. “You aren’t exactly forgettable.”

A flannel shirt opened onto a thick neck for such a lanky guy. Curls of hair peaked out over the first button. He wore the same jeans as earlier.

He cocked his head. “Tall with red hair. Guess I am noticeable.”

He curled himself into a bodybuilder’s stance. 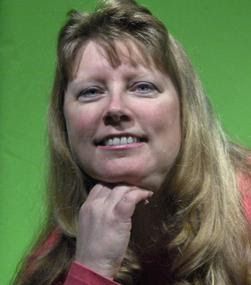 Bio: Chris Redding lives in New Jersey with her husband, two sons, one dog, and three rabbits. She graduated from Penn State with a degree in journalism. When she isn’t writing she works part time for her local hospital.

Email ThisBlogThis!Share to TwitterShare to FacebookShare to Pinterest
Labels: A View to a Kilt, Chris Redding, sources

Welcome back to Beyond Romance, and thanks for sharing some of the details of your inspiration!

Good Morning - interesting post and the excerpt sounds intriguing! Strange as it seems, I use a lot of info I get from the Discovery Channel for inspiration. I love new discoveries and try to add them in.

Thanks for stopping by ladies. I would have stopped by yesterday, but I was offline. Hauling 2600 pounds of stone and getting our truck stuck in the mud.
cmr