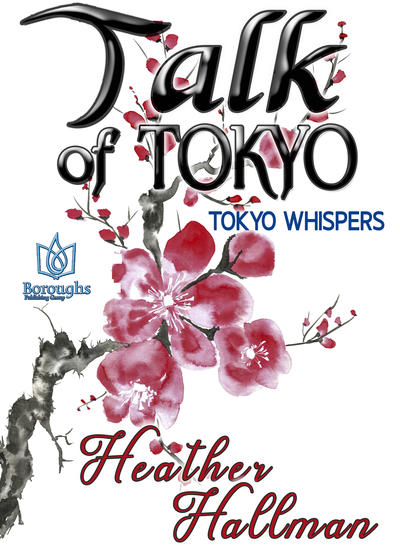 CAREFUL WITH YOUR WORDS

1897 Tokyo is no different than anywhere else in the world: men are exploiting women. Specifically, Western men are exploiting Japanese women, and Suki Malveaux holds no punches in her condemnation of their behavior in her weekly column in the Tokyo Daily News.

Suki knows firsthand when Western men arrive at Tokyo Bay there’s only one outcome for Japanese women: a child and new mother left behind as nothing more than discarded shrapnel from the heartless war on love.

Griffith Spenser is her latest target. He’s been seen with Natsu Watanabe, one of Tokyo’s esteemed war widows. Under full anonymity of the moniker “The Tokyo Tattler,” Suki makes sure Griffith knows exactly why his behavior with Natsu won’t be tolerated.

Away from her Japanese mask as a columnist, Suki never intended to meet the cad. When he seeks her out to hire as a tutor for his niece and nephew, she’s faced with seeing him day in and day out without him ever knowing who she really is.

Caught in her struggle for anonymity so she can keep battling for women’s rights, Suki’s about to learn the full impact of her words on the people behind the story, especially on Griff.

Fluttering her eyelashes in a coquettish manner, which had much in common with trying to dislodge a flying insect, Suki faced the man who held her fate in the palm of his rather well-shaped hands. “I was admiring your fine home.”

“Was it constructed after the quake of ’94?”

“We commissioned its construction when we arrived in ’95. I’m assured by its builders it could withstand another earthquake of that intensity. Japanese-style homes fare better than brick and stone.”

“Mother Nature has given us many opportunities to rebuild.”

“Mother Nature?” Spenser furrowed his brow. “I thought it was the giant catfish residing under Japan flipping its tail that caused all these earthquakes.” His tone was teasing, while the observation revealed Spenser as the type of foreigner who bothered learning about traditional culture.

“I like to be prepared for all the dragons and ghosts I’m certain to encounter,” Spenser said with a smile that brought out creases along his soft brown eyes. “I should introduce myself, although introductions are probably unnecessary. I’m Griffith Spenser, arrived from England, resident of Tsukiji for almost two years.”

Suki mentally added to the introduction: Spenser counted minor members of the British aristocracy among his family, although he himself had no chance of inheriting a title; his company was the most highly regarded foreign-owned trading firm in Tokyo; he’d arrived with a new bride who left him a year later; and he now graced the bed of war widow Natsu Watanabe. Also, he played lawn tennis.

The Tokyo Tattler’s job was to know these facts about Tsukiji’s most illustrious residents, and Suki needed to continue doing this job, which was why she couldn’t let Spenser’s allure compromise her defenses. The man had asked her to his home without explanation. Although she’d like to imagine he’d summoned her to discuss the modern significance of Japanese mythology, she was a realist. Spenser had a score to settle with the Tokyo Tattler, and all this pleasant banter about earthquakes was merely diversion. 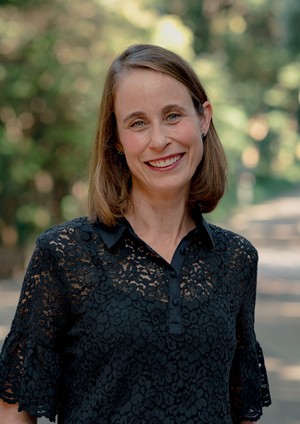 Heather Hallman writes witty, sensual, contest-winning romances set in Meiji-era Japan (1868-1912). She is the author of the Tokyo Whispers series that includes Scandals of Tokyo and Talk of Tokyo.

She is fluent in Japanese language, history, and culture, and earned a doctoral degree in cultural anthropology based on fieldwork research in Japan. She lives in Tokyo with her professor husband and two young daughters. In her free time, she can be found translating ancient Japanese poetry and observing the passing of seasons while sipping green tea. Just kidding, she has no free time. But she does watch something that makes her laugh while she does the dishes.

Perennial obsessions include the weather forecast (she checks three different apps at least three times a day, as no single app can be trusted), Baltimore Ravens football (hometown obsession), and making smoothies that taste like candy bars.

Feel free to chat her up about any of her obsessions, or, even better, about historical Japan—any era is fine, she loves them all. She also enjoys exchanging book recommendations, discussions about the craft of romance writing, and stories about life in present-day Tokyo.

Buy links for Talk of Tokyo:

Heather Hallman will be awarding a $25 Amazon or B/N GC to a randomly drawn winner via rafflecopter during the tour.

Hello, Readers! Thanks so much for checking out Talk of Tokyo. I’ve lived in Japan for over thirteen years and counting. One of the many things keeping me here is the cuisine. 🍣🍜🍤

How about you? Fan of sushi or other Japanese dishes? If you’ve got a minute to spare, let me know. I’d love to hear about it.

It’s almost bedtime in Japan, so I’ll be checking comments toward the evening USA time.

Thank you to Lisabet for hosting the tour!

Welcome to Beyond Romance! I was very excited when I read your bio... Japan is one of my favorite countries. But I didn't realize you LIVED in Japan as well! I also live in Asia (Southeast Asia), which fortunately has given me many opportunities to visit Japan.

When most people think of Japan, they think "urban" and imagine Tokyo. I've been astonished by how much countryside the country has.

Lisabet, yes, there is so much countryside. People don't realize that a third of the population lives in Tokyo/Yokohama metropolitan area and the rest of Japan is rather sparsely populated (outside of Osaka area). We try to get out of Tokyo as much as possible. But it's not easy these days with all the coronavirus travel restrictions.

The premise really appeals to me!