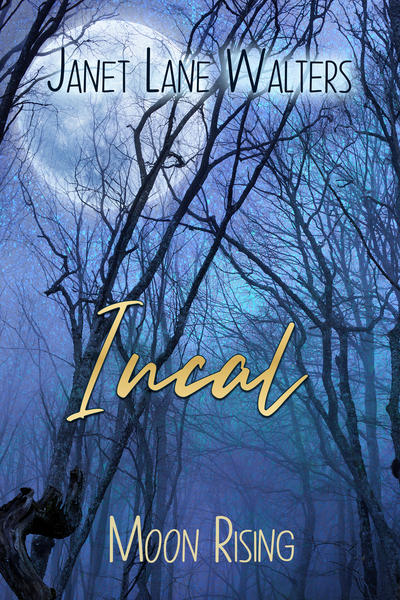 My writing career began in 1968 with the sale of my first short story. Those were the days when there were many markets for short stories. I went on to sell eight more. Then the markets began to dry up. Magazines were of many levels from those top paying markets to smaller ones. Some of these magazines still exist today but selling a story to them has become harder. My last time with writing short stories came from two sources. The fewer markets and also a rejection letter from an editor. “This sounds like the synopsis for a novel. I also used the money I made to upgrade my typewriter from the small portable one I’d bee using.

At this time, I also wrote poetry and had several published. Most were not paying markets. The author received copies of the magazine. There was one poem I sold for twenty-five dollars. The downside was spending more for postage to send the poem out than I earned.

Once I spent weeks reading about writing novels, I wrote my first one and made a list of the possible publishers. In those days the requirement was to send the entire manuscript for fiction and only a partial for non-fiction. Using carbon paper and having ink-out tape, I typed the pages and sent them off.

There was a rejection but the editor gave me advice. “Your characters exist in a vacuum.” She went on to show me how to put the setting by rewriting one small part of a scene. Manuscript returned, I spent weeks putting in the setting.

The next rejection from a different publisher mentioned my stilted dialogue. Back to the drawing board. The manuscript sold to the seventeenth publisher and there were still a few publishers I could still send the book too. After selling this book and a second one, I noticed something happening. Publishers were fewer and fewer every year.

When I began writing books there were dozens of fiction publishers. Many large ones and also small presses. Then family and my not being able to stick to one form of fiction, cut down my progress. I had gone from nurse doctor romances, to cozy mysteries, science fiction and fantasy. And the publishing world had imploded.

My first book in that cycle was published around 1980. My next decade was spent earning two bachelor’s degrees, one in nursing and the other in English. I returned to work and though I wasn’t writing stories I was making notes and jotting ideas. Also raising four children, the youngest an adopted biracial daughter. The publishing world continued to grow smaller,

The next wonderful break was purchasing a computer. Gone were carbon copies and needing to white out mistakes or do pages again. I went to a one day conference and met up with other writers. One of them became my best friend and sometimes writing partner, Jane Toombs. She pitched my latest attempt to write a novel to her editor and amazingly the book sold. Writing again became a real part of my life. But there were also problems. One had to write query letters, and partials including a synopsis. How was I to know how the book would end until I finished the story? But I learned, unhappily. Two years after this sale electronic publishing was in its infancy and Jane pushed me into taking the plunge.

When electronic publishing began there were many small startup companies. I believe at one time I was with five or maybe six of these publishers. Many failed to sell enough to become viable and there were many people who thought the idea of electronic books was ridiculous. Of the major New York ones didn’t come aboard for years. That was after the development of e-readers.

I had one of the original ones. About the size of a paperback book but heavy, really heavy. Then came the Kindle and Amazon and that’s when the industry took off. There are now several readers and a number of outlets. The development was slow but soon took off. Many of the epublishers I was with during the early days are no longer in business but I was awarded the rights to my stories and they are now all available again.

The next development came with books in audio format. Early during this explosion, I had one book done this way. The publisher is no longer in business but as well as a nice advance, I received royalties for five years and Murder and Mint Tea does well for me. There are now a number of audio book publishers in existence but I’ve mainly done little there.

The final change I saw came around the time when audio books began to grow and this was self-publishing. I have watched many authors do very well publishing their own books but at present this isn’t for me. I have a wonderful publisher who doesn’t care that I bounce from genre to genre.

Now came the phone with its many more uses that just talking to people. You can read books on your phone and I’m sure if you’re fast enough you could use the texting screen to write your book

I’m sure there will be some new way of putting books out for someone to read in the future but I have no idea what it might be. But writing books has changed drastically in my lifetime and I’m sure there’s more to come.

And speaking of more to come. On January first of this year, Incal was released. This is the fourth book of the Moon Rising series.

Return to the world where Midra and Midran rule. The god and goddess have two faces. Midra is Mistress of the Moon and also Mistress of the Dark Moon. Midran is Lord of Light abd Lord of Shadows.

In Incal, the priests of Midran have formed three branches. The Voice of Midran in Incal rules over the mall. In the archived he has read of a tale predicting Three will come to return Midra to the rulership. He sends his acknowledged son to find the three and bring them to him. He is joined by his two half-brothers.

Many years ago triplet girls were born in a remote mountain town. When they were five, their dying mother sent them to be fostered by three different women. Though they had wed to find each other, their developing talents caused them to forget until twenty ears later each one of them felt the need to find her sisters.

Would the Voice of Midran in Incal learn where they were?

Coya dreamed of days long past. Once again she saw herself as a child of five playing with her sisters. On the day of the summer solstice they had been born and had thrived. Three daughters in a single birth had been deemed a miracle. Her dreams slid to the day they had been sent away to different places. Their Mother ailed and grew weaker everyday. The dream fragmented. She was alone, taken from her sisters by a strange woman to a series of caves. They stood at the entrance of a dark hole in a granite cliff.

“This is your new home. Here you will learn how to fight. You will learn the sword and knife and ways to use your arms and legs against the enemy. Perhaps you will be the one to aid Midra, Mistress of the Moon to her proper place in Incal.”

Those words had ended her childhood. From that day she had learned not only physical skills but reading, writing and numbers. She had also been taught about honor and justice.

Her body moved toward wakening. She fought to return to the days when she’d been one of three. For so long memories of her sisters and lain dormant. Why did she remember them now? Was this a portent of the future?

The voice sounded unfamiliar. She shook her head. Why must she wake? Yearning for those forgotten days drew her like a cord to remain with happy times. Twenty years had passed since she had been with her sisters. Her eyes fluttered open. The snores and breath sounds of the sleepers in the room lulled her. They slept. She wanted to join them and return to her dream memories.

The voice sounded loud and drove sleep away. She slid from beneath the covers. Her feet hit the cold stones of the cave floor. She gasped at the shock.

“Come,” the voice urged. “The time has come. The moon rises full.” 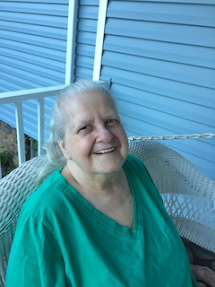 My first novel submission was a printed manuscript, too. But at least it was printed on a computer.

Lisabet, I had fun thinking about those days. Blessings to the editors who taught me how to write novels. Thanks for having me

What an amazing journey! When my first book came out in 2011, rather than selling books, I was explaining what an e book was. The idea of ordering one online and loading up to a reading device was incomprehensible to most.!!

An interesting journey, Janet. I sold my first short story in 1967 and my first novel was published in 1968. I well remember those days of typewriters, carbon paper, and white-out papers!