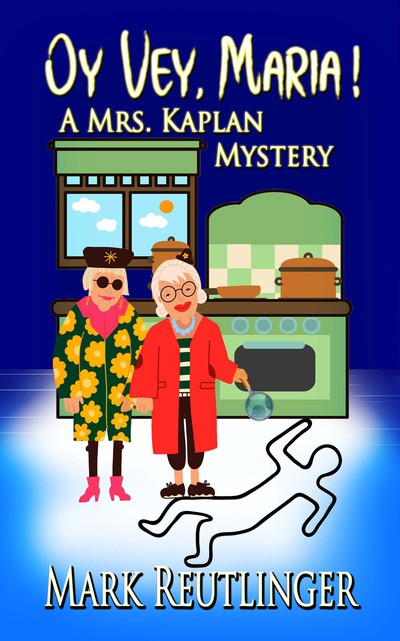 Rose Kaplan and her sidekick Ida are at it again. It’s the holiday of Purim, and almost everyone at the Julius and Rebecca Cohen Home for Jewish Seniors is in costume for the Purim play. All except one, who will instead have to be fitted for a shroud. Once again, “Mrs. K” and Ida are called upon to solve the puzzle of a mysterious death at the Home. Described by Chanticleer Book Reviews as “at times more Lucy and Ethel than Holmes and Watson, with a soupcon of Miss Jane Marple,” these geriatric amateur sleuths will keep you laughing, guessing, and maybe even learning a bissel Yiddish!

I picked up one of the nickels from the tray and put it in the slot and pulled the handle again.

Nothing happened, of course, and just as I was about to do the same with the next nickel, I turned around and saw Mrs. K and Sara staring at me. I felt as if I’d been caught with my hand in the cookie jar. And at my age!

Suddenly Sara burst out laughing. “Auntie Ida, I didn’t know you were a gambler. Maybe I shouldn’t have brought you here. I hate to interrupt you when you’re winning,” she said looking at the tray with the nickels in it, “but we have to go.”

I started to explain that I wasn’t gambling and had just sat down for a rest, but neither Sara nor Mrs. K looked like they believed me.

“You know,” Mrs. K said to Sara, “I think this gambling habit is contagious. Already Ida has caught it. We should leave before we’re all standing in front of those machines losing our money.”

Mrs. K took me by the arm and helped me up.

“But don’t forget your winnings, Ida,” she said, scooping out the remaining nickels from the tray. “Gambling may be a bad habit, but a nickel is still a nickel.”

And so did my gambling career both begin and end in a five-minute period.

From now on, I decided, a game of dreidel with my grandchildren at Chanukah will be my only vice.

Rose Kaplan and Ida Berkowitz are, as usual, just minding their own business at the Julius and Rebecca Cohen Home for Jewish Seniors. Okay, that’s not strictly true. Someone with Mrs. Kaplan’s active mind – she modestly tends to compare herself with Sherlock Holmes – isn’t just going to sit around playing Mahjong. However, she is focusing mainly on how to get the skinflint director of the Home to contribute to her idea of a Purim play where the seniors will play all the parts. Oh, and trying to help Naomi – daughter of another resident - scope out the supposedly nefarious influences of her mother’s companion Maria. No one expected either of these activities to end in murder. Yet in the middle of the play, Maria is shot dead, right next to the freshly-baked hamantaschen.

Of course the two ladies pull out all the stops to figure out who’s actually responsible for this deed. The obvious suspect swears he’s innocent. Indeed, there are a surprisingly large number of individuals who had good reasons to harm Maria.

As a cozy mystery, Oy Vey, Maria! works very well. Mr. Reutlinger spins a nicely complicated web of false trails and dubious evidence. Rose and Ida are energetic in their pursuit of justice. I particularly liked the description of Ida’s computer skills – something Dr. Watson didn’t have going for him!

The text is crisp and entertaining, and even the minor characters are distinctive. All in all, I enjoyed the read.

However, I was bothered a bit by the stereotypes embodied in this novel. Every other sentence that comes out of Rose’s or Ida’s mouth is peppered with Yiddish. They both rely on Yiddish aphorisms to sum up their views of the world. Now, Yiddish is definitely a colorful and humorous language, and I understand that the author wants to take advantage of that fact. However, modern day Jewish seniors are very unlikely to have much fluency in the language.

I was brought up in a Jewish family. My grandmother, who emigrated from Eastern Europe, spoke Yiddish as well as Russian and German. My mother, on the other hand, knew only a few Yiddish words. And I – who at this point am only a few years younger than Rose and Ida – don’t speak any Yiddish at all, though I recognized some of Mr. Reutlinger’s expressions. Rose and Ida are anachronisms, and I felt somewhat uncomfortable at this lack of realism for the sake of a comic effect.

Probably most people won’t care about this. Oy Vey, Maria! is a clever mystery with two engaging heroines. And I have to admit, I like it when people my age are treated with respect! 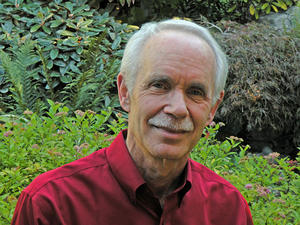 Mark Reutlinger, professor of law emeritus at Seattle University, is the author of the “Mrs. Kaplan” cozy mystery series (of which Oy Vey, Maria! is the third installment) and the caper mystery Murder with Strings Attached, as well as the political thrillers Made in China and Sister-in-Law: Violation, Seduction, and the President of the United States. Mark and his wife, Analee, live in University Place, Washington.

Mark Reutlinger will be awarding a $25 Amazon/BN GC to a randomly drawn winner via rafflecopter during the tour.

Welcome back to Beyond Romance! Hope your tour is going really well.

I like the cover! It sets the stage for the book.

Mark, I enjoyed the excerpt and I enjoyed following the tour and leaning about Oy Vey, Maria, which sounds like a great mystery and I like the cover! Thanks for sharing it with me! Thanks, Lisabet, for sharing your review! Have a fantastic day!