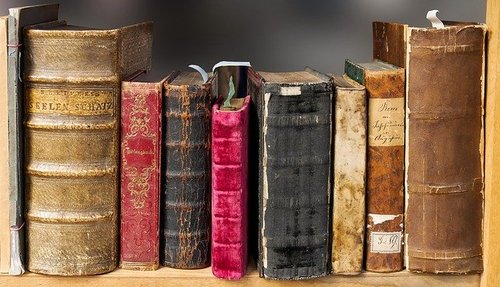 Image by Gerhard G. from Pixabay

I have a lot to look forward to this year – but that’s going to include a lot of unanticipated work. A few months ago, Selena Kitt, the owner of Excessica Publishing, announced that she was closing down the company, as of today. That unfortunately means that quite a few of my most popular books are currently out of print. Specifically, the following titles have become unavailable:

The Gazillionaire and the Virgin

Damned If You Do

Of course I plan to re-publish these books, but given the demands of my real life, that’s not going to be instantaneous. I have to reformat them all, which will include a new round of editing and proofreading. In some cases, I want to create new covers and for Fourth World, I plan to add some new stories. I’ll want to revisit the blurbs and keywords, to apply some of the marketing insights I’ve gained over the past couple of years. And of course there’s creating the media kits, sending out announcements, doing blog posts... etc.

When I first heard about Excessica, back in 2013 or 2014, I hadn’t yet attempted self-publishing. That process seemed quite daunting.

Excessica appeared to offer the best of both worlds. Created and run by a renowned erotica author, it specialized in the type of books I write. The company was styled as a “collective”. Authors were responsible for editing and formatting their books, and for creating or commissioning covers. (Or Excessica would provide those services, for a fee.) Excessica handled distribution and sales, including through its own site. In return, the company kept only 10% of the net proceeds, which I thought was a fair deal. Also the company did not require exclusivity.

As I became more experienced with the ins and outs of self-publishing, I stopped using Excessica for new work, but I never bothered to take back the books they’d already published. Alas, I’m now paying the price of that decision.

No company lives forever. An author, though, derives great benefit from keeping her back list perennially “in print”.

Oh well. I’m not the first person to have a publisher fold on me. It happens all the time. I have many colleagues who have been burned multiple times by this sort of event.

It does, however, make me even more of a self-publishing partisan. Over the past few years, as I’ve taken over more and more of my work from publishers, my earnings have shown a steady (though modest) uphill trend. Part of this is due to the fact that I’m earning a bigger royalty percentage, but I think having greater control over content, marketing and pricing is also a factor.

Anyway, if you wanted to buy any of the books above, but were waiting for the right moment, I’m afraid you’ll have to wait some more. It’s going to take a while, especially since I have a novel and several short romances previously with TEB that I also need to re-release.

Guess we’ll all have to be patient!

Posted by Lisabet Sarai at 1:17 AM