Another paranormal release – only #99cents during January! #Paranormal #EroticHorror #NewRelease 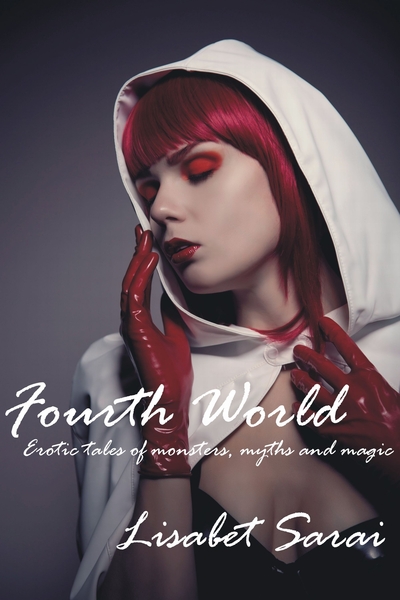 These stories will excite you. Some of them may disturb you. For some reason, when I write paranormal fiction, my imagination turns dark. I think this is because I grew up with my dad inventing really scary ghost stories for my brother and me.

I turned my attention back to the magician. He still watched me as if he would strip away my masks and lay me bare. Suddenly, he reached out and with one blunt finger touched the little gold cross hanging around my neck.

“Are you a believer?” he asked. Memories shot through me—my childhood awe as I knelt under the cathedral arches; my first communion, colored light through the windows staining my bride-like finery; my mother dying of cancer, asking for my prayers.

“And what about magic?” he asked with that ironic half-smile on his full lips. “Do you believe in magic?”

My heartbeat inexplicably quickened. “I don’t know about that, either.”

“There is much in common between religion and magic. Both are grounded in faith and love. The essence is a trust in things unseen.” I thought this a peculiar observation from a practicing conjuror. Surely the essence of magic was manipulating expectations and perceptions. Show business. “I have something to show you,” he continued.

He removed the dusty velvet cloth shrouding what turned out to be a combination television and VCR, a pre-DVD relic. It must have already had a tape loaded. As soon as he hit the button, it began to play. “Watch closely,” he said.

It was a recording of one of his performances. At first, I did not recognize him. He was clad all in black, with glittering rhinestones at his collar and cuffs. He moved with a grace and economy that negated his bulk. There was no sound.

He offered a few deft sleight of hand tricks as warm up. Then he was joined by his assistant, a slender, raven-haired Latin beauty wearing a scarlet evening gown. How could I compare? I wondered. As if he heard my thoughts, he commented. “Roxanne. Exquisite, isn’t she?”

“What happened to her, that you need a new assistant?”

His face darkened. “She suffered an unfortunate—accident.”

Roxanne lay down on her back on a trestle table. The magician draped her with purple satin. He passed his hands over her, clearly speaking some incantation. The draped figure began to rise, until it hovered level with his chest. The mage then removed the table.

The illusion of levitation, I thought with some degree of smugness. Cleverly concealed wires.

But then the scenario began to veer from the standard. Magister Aleister whisked the drapery off Roxanne’s prone body. He picked up a full-length oval mirror and held it above the immobile figure, moving it up and down her body in a manner that would have effectively interrupted any possible attachment of cables from above. I could see her reflection in the glass, and faintly, a misting from her breath. Her eyes were closed. Then he crouched and moved the mirror underneath her, as if to prove that she was not supported from below. He released the mirror, and it hovered below her form, halfway between her body and the stage.

The mage now made some passes over his assistant, his hands elegant and evocative. Her body began to rotate. First, she floated in a lazy circle around the vertical axis, her head and feet changing places. Then, very slowly, she rolled over, so that she was facing downward, once more face-to-face with the mirror. The video was surprisingly clear. Again, I could see the signs of her breathing.

I was impressed. I could not understand how such a trick could be accomplished. What arrangement of wires or hidden frames could provide so many degrees of freedom? The next trick, however, amazed and horrified me.

The magician gestured and Roxanne floated to a standing position, her crystal slippers barely touching the ground. Her eyes were still closed. He did not wake her from her trance. Instead, he pulled from the wings a framework of wrought iron, rather like an oversized bird cage. It was hinged along one side. He opened it, pulled it around Roxanne’s body, and snapped it shut, then applied a padlock to the latch. I could almost hear the clang of metal on metal.

A heavy cable slithered down toward the stage from above. He fastened it to a loop on top of the cage, and gave an almost imperceptible signal. The cage, with Roxanne within, rose about a foot off the floor.

Now what? I wondered, as he disappeared offstage again. He returned with a rack of swords.

He was talking during the entire performance, though I could not read his lips well enough to determine what he was saying. He chose one of the blades and swished it through the air in a swashbuckling manner. Then he appeared to plunge it between the bars of the cage and through Roxanne’s body.

She did not flinch. She did not move. Aleister seized another sword, circled behind her, and impaled her from back to front. I could see the tip of the blade emerging from her body, just below her breasts. There was no blood.

I did not want to watch the rest of this performance. The illusion was too perfect, too disturbing. But I could not look away. The magician skewered her with a half a dozen more blades. He spun the cage in a circle so that the audience could see Roxanne from every angle. Unlike the usual sword gambit, there was no opaque box within which the assistant could hide or contort her body to avoid the sharp instruments. Everything was clearly, awfully visible.

Finally, Aleister removed the blades, with great care, in the opposite of the order in which he had inserted them. He lowered the cage to the ground, and clapped his hands once. Roxanne’s eyes flew open, and her lips curved in an enigmatic smile. Aleister unlocked the cage and handed her out of it as if it were a royal coach. They bowed deeply, in synchrony. Then the tape went blank.

My heart was pounding uncomfortably hard. The magician re-covered the television, then turned to me. “Well?” he asked, fixing me again with those unnerving eyes.

I took a deep breath and tried to meet his gaze. “That’s—unbelievable. Remarkable. Not to mention very creepy.”

“Convincing, isn’t it? Makes you wonder what kind of power I really have.” There was an edge to his politeness, the slightest hint of arrogance in his well-tempered voice. He smiled in a way that I suddenly saw as seductive. “Do you still want to audition?”

Curiosity and fear, wonder and terror, warred in me. I stared at my hands, distinctly uncomfortable. Then I had a vision of myself in that red dress, smiling at the audience, basking in thunderous applause. I almost felt the heat of his hand in mine. I looked up at him and tried to sound brave. “Of course.” 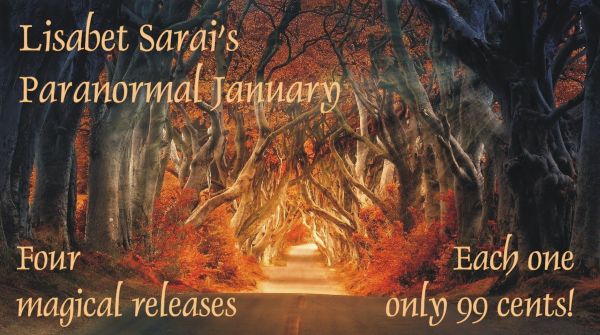 Posted by Lisabet Sarai at 7:51 AM