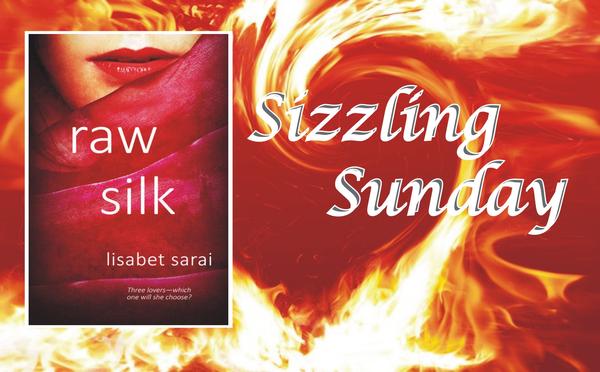 For the first Sizzling Sunday of the new year, I have a tantalizing excerpt from my very first novel, Raw Silk. I don’t believe I’ve ever posted this bit before. Hope you enjoy it!

In a foreign land, a woman discovers exotic new realms of the senses.

When software engineer Kate O’Neill leaves her lover David to take a job in Thailand, she becomes sexually involved with two very different men—a handsome and debauched member of the Thai aristocracy, and the charismatic proprietor of a sex bar.

Each touches her in a different way, each teaches her different things about her body and her heart.

Then David comes to Bangkok, and Kate realizes that, finally, she must choose one of the three men who all desire her. 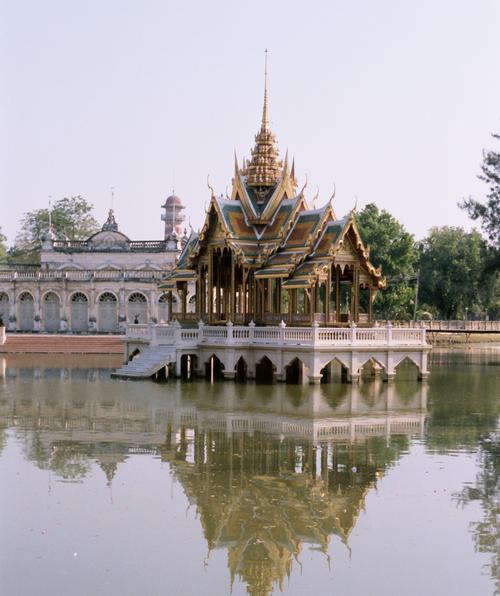 A flicker of candlelight caught on the gold band around his middle finger. A chill swept through her.

“And do you have children?”

He smiled proudly. “Oh yes. My daughter is twelve, and wants to be an engineer. My son is seven.” All at once, he grasped that she was concerned. “My wife is on holiday in Hua Hin, playing golf. One of the few passions we do not share. The children are visiting their grandmother for the weekend.”

“You are wondering whether it is appropriate for me to be entertaining you, alone, in this secluded garden, when I am a married man?”

She nodded, mute in her discomfort.

“Ah, Katherine!” He leaned close to her, and she could smell a hint of sandalwood on his skin. “We Thais see things differently, perhaps, than you in the West.” He reached toward her with one long, graceful finger, and brushed her earlobe. Her pearl earring shivered as a tingle ran down her spine.

“In Thailand, we have a long tradition of polygamy.” The finger traced a line down the side of her neck, barely touching her skin. “The position of the mea noi—the mistress or ‘little wife’—is understood, and respected. By everyone.” Now he was just grazing her collarbone with his touch.

“Nongseurat, my wife, knows that I invited you here this evening. She knows that I have been most eager for your arrival.”

Somtow held her eyes for a moment. His pale face was slightly flushed. A strange weakness overwhelmed her. She seemed unable to speak or argue. He bent over her, and took her left nipple into his mouth, through the thin silk of her dress. His lips were dry, but his hot breath made the fabric slightly damp. The nipple swelled and blossomed under his attention.

With a sigh, Kate sank back into the pillows. Somtow moved his mouth to the other nipple now, leaving the first one throbbing, aching to be touched. She closed her eyes, abandoning herself and her notions of morality.

Without losing contact with her for a moment, Somtow began a trail of kisses down the length of her body, between her breasts, across her belly. He lingered just below her navel, kissing softly, breathing deeply. The silky layer that separated him from her bare flesh seemed to heighten the sensation, as if each touch had a faint, sweet echo.

Finally, he reached her sex. Now he probed with his tongue, through the silk of her dress and her light underwear, pushing the slithery fabric up between the folds, into the crevices. Kate moaned at the amazing sensations he created. She grasped his head, her fingers threaded into his thick, soft hair. Abandoning any sense of propriety, she arched her pelvis toward his eager and talented mouth.

As he continued his oral explorations, Kate felt his cool hand upon her bare thigh. He reached up through the side slit of her dress, teasing her skin with just the slightest touch of a single finger. Those brazen fingers traveled upward to hook the waistband of her bikini panties. Removing his mouth from her pubis for no more than an instant, he pulled her undergarment down her thighs and out of his way.

Kate’s hips canted upward, trying to follow his tongue. Without any conscious decision, she found her hands upon her breasts, cupping the warm flesh and thumbing her swollen nipples. She moaned again, giving voice to the hunger he’d kindled. Somtow looked up at her for a moment. His dark eyes sparkled with answering lust.

With incredible swiftness and grace he drew her shift up over her head. Almost before she realized it, Kate lay naked before him on the cushions, wearing only her pearls, basking in his rapt gaze.

“So beautiful!” the Asian man murmured. A fingertip touched her nipple, almost reverently, sending a delicious sizzle through her limbs. His other hand brushed lightly over the auburn curls between her legs. “Katherine, you are magnificent.”

She shuddered with need as he used a single finger to part her lips and enter her aching pussy. A second finger gently and rhythmically massaged her clitoris. She lay back, closed her eyes and swam in the rich current of sensation as he continued to pleasure her. Behind the dark of her eyelids, she imagined his glowing eyes, his half-parted lips, the fluid movements of his muscles under his silken trousers.

Somtow did not hurry. Kate felt no pressure. She allowed the tension to build gradually, as she became more and more sensitive, more and more aroused. Her sex was wet, open, waiting.

Haven’t read this yet? Get yourself a copy today!

Available in Ebook and Print formats