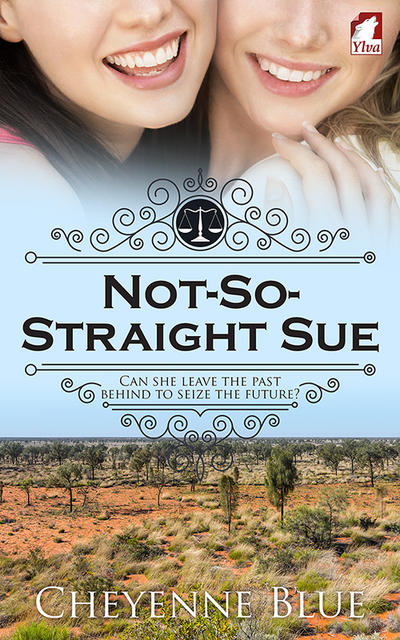 Thank you, Lisabet, for once again hosting me on your site. It’s always a pleasure to be here.

I’ve been lucky enough to live in a few countries over the years: England, Scotland, Ireland, Colorado in the United States, Switzerland. And Australia.

All of those countries are special to me in some way: the community and humour in Ireland; the footpaths, pubs and tiny villages of the U.K.; those bloody beautiful Colorado Rockies and the equally gorgeous Swiss Alps. But if I had to pick one place to live for the rest of my life, it would be Oz. I wasn’t born in Australia, but I was lucky enough to become an Aussie citizen nearly thirty years ago. My accent is now a strange mix of Brit, with a strong overlay of Australian, with a few words that I will forever and always pronounce the American way (I’ll say “ruff” not “rooof" but I will NEVER say “al-oo-min-um”). Most people I meet assume I’m Australian, and if asked where I’m from, I will say I’m an Aussie. If you’re ever unsure of my accent though, ask me to say “the car is in the car park”. Those long vowels give me away.

All this is a long winded way of saying that, to quote the words of a popular song, I still call Australia home. I’ve been back here for seven years now, living in a rural area of Queensland, and spending as many weekends as I can going bush, which is what we Aussies call the back country.

Over the years, my stories have usually been set in the country where I was living or visiting at the time. You can trace my movements over the globe through my stories: the United States, with diversions to Canada, the UK with diversions to mainland Europe, many set in Ireland. And now back to Australia.

I have a new novel out, Not-So-Straight Sue. It’s the story of Sue, an ex-pat Aussie lawyer living in London who, like so many Aussies, answers the siren song to return home. Not to a big city, but to outback Queensland. Not-So-Straight Sue is a tale about coming out, friendship, lawyers, doctors, the Australian outback, dogs, family, small towns, ex-girlfriends, finding your place in life, horses, rural life, wine-drinking, stripteases, camper vans, star gazing, horse riding, “Waltzing Matilda”, and of course love and sex. Lots of love and sex.

Not-So-Straight Sue is the second in my “Girl Meets Girl” series (the first being Never-Tied Nora https://amzn.com/3955334511 ) however each of the series is a standalone book with overlapping characters.

Here’s the blurb and an excerpt.

“Sorry, I’m straight.” Those words, accompanied by a smile, were the ones Sue Brent used to turn down women. But the truth was buried so deep that even her best friend, Nora, didn’t know that Sue was queer. Sometimes, Sue even managed to convince herself. The only person in London who’d seen through her façade was Moni, an American tourist.

When a date with a friend’s brother goes disastrously wrong, Sue has to confront the truth about herself. Leaving London, she returns to Australia to take up the reins in an outback law practice. Back in the country of her birth, she is finally able to accept who she is, including facing Denise, the woman who burned her so badly years ago and set her on the path of pretence. But it’s not until Moni arrives in Queensland to work for the Flying Doctors that Sue is finally able to see a path to happiness. However, as things start to go her way, Denise arrives in Mungabilly Creek, begging a favour that might destroy Sue’s new relationship.

And then it was New Year’s Eve, the day Moni was arriving.

I was prowling the house by five in the morning, long before Moni would even have left the Isa. I took Ripper for a walk down to where the creek had now retreated back to its bed and only a few pools of water remained. Ripper had a standoff with a goanna, and the reptile definitely won, as Rip retreated behind my legs. The goanna scrabbled off up a tree. I stared out over the dry landscape and wondered what tonight would bring. Three days with Moni. Three days. Two nights.

I’d drunk a pot of coffee by eight, dashed off emails to Nora and Ger, Jim, and my parents by half past, and by nine I’d given up all pretence of calm and sat on the front veranda staring at the road.

It was nearly ten when Moni’s Holden drove down the street to take a wide looping turn into the driveway. Ripper and I leapt down the back steps. Before she turned the engine off, I pulled open the door, and she was in my arms. When our kiss finally ended, she unwound her arms from around my neck and said, “I don’t need to ask if you missed me.”

My lips tingled from the touch with hers. She grinned at me, moved to the boot of her car, and opened it with a flourish. “Just how much wine did you order?” Six cases were crammed into the boot.

“I only ordered three.”

“Looks like they messed up. There was one delivery of three cases, and the next day the same came again.”

“I’ll email them. This is to replace Ken’s good wine that I may have accidentally swallowed since I’ve been here.”

“It’s good stuff. I know that for a fact, as one of these cases now only has eleven bottles in it.”

“Yes. Tonight.” She moved back into my arms. “I hope your plans include more than wine. I know mine do.”

I couldn’t breathe. Her eyes were huge, her lips were curved in a half smile. My girl. That was how I thought of her. And after tonight—my lover. Maybe my future.

“They do. My plans for tonight include you. Just you.”

There was a shout from the street “Sue! Hey, Sue!” It was Billy, his arm still in a sling and strapped to his body. He came down the drive to where Moni and I stood. “Happy New Year. Youse going to the Royal tonight? There’s a band, and I’ll shout you a drink. Been working with Cookie. That was a great idea of yours, Sue. Y’know, I like this cooking lark.” He paused, noticing, apparently for the first time, how close I was holding Moni. “This your girlfriend?”

“Well, I’ll shout the two of youse later.” He turned and went down the street in the direction of the Royal. It could be a long night for Billy.

Moni reached up to stroke a finger across my lips. “I guess we’re going to the pub tonight.”

I caught her finger as it returned for a second pass. “Sounds like it. But when we come home…” I let the sentence hang in the air.

She visibly shook herself. “Let’s get your bottle shop’s worth of wine inside. I’m dying of thirst. I spilt my water bottle into the gearbox about fifty kilometres out of the Isa.”

We carried the wine into the laundry, minus a couple of bottles that went upstairs for later. Moni retrieved her case and carried it up the stairs to the house. She dragged it through the living area, into my bedroom, and dropped it on the floor. “This is where I’m sleeping tonight. Any arguments?”

Not-So-Straight Sue is available now from Ylva Publishing and starting from 2 November 2016 on Amazon:


Want to win a copy of Not-So-Straight Sue? Leave me a comment with your email address, telling me where you call home... and why. I’ll randomly select a winner from among the people who comment.

Her collected lesbian short fiction is published as Blue Woman Stories, volumes 1-3, with more to come. The first two books in her romantic Girl Meets Girl series, Never-Tied Nora and Not-So-Straight Sue are out now from Ylva Publishing, with the final book Fenced-In Felix due in November 2016.

Cheyenne has lived in the U.K., Ireland, the United States, and Switzerland, but now writes, runs, makes bread and cheese, and drinks wine in rural Queensland, Australia. Check out her blog at www.cheyenneblue.com and follow her on Twitter at @IamCheyenneBlue and on Goodreads at https://www.goodreads.com/CheyenneBlue

Welcome back to Beyond Romance, Cheyenne!

I truly loved the sense of place in this novel. I've never been to Australia, but you made it thoroughly real.

Oh, this looks really awesome! I'm a sucker for several of the tropes you mentioned (coming home, pretending to be straight, return of the bad ex...). Looking forward to this!

The whole series looks enticing. (More books to read!) I have a Canadian friend from the 1970s (not lesbian material, alas) who met a delightful Australian man in Vancouver (Canadian West Coast) in the early 1980s, moved to an artists' land co-op in New South Wales with him, and they've been there ever since. They returned to Vancouver for a grand reunion with Canadian friends & relatives in July 2016, so I got to hear her current accent: mostly Australian, with occasional dips back into Canadian while she was surrounded by her old compatriots. She'll probably spend the rest of her life in Australia, largely in the bush. It seems to be inspiring.

Oh, that accent thing. I grew up in the UK, live in Israel for 10 years, Philadelphia (which has an accent all of its own) for 7, California for 10, Mexico for 4 years, and now I'm in Florida. Folks can never figure out my accent. My niece once asked me if I'd always had an American accent, yet when I do a reading, it becomes really clear my accent is British. Where do I call home? I've always said home is where I hang my hat, but the truth is that the UK still feels like home, and every other place I've lived has a piece of my heart.

Oh, I would love to visit Australia. To see the wildlife alone would be worth living there for a while.
I call America home. For over 55 years, I've traveled from coast to coast and even the islands and still haven't seen everything my wonderful country has to offer. 5 years ago, my daughter started taking me overseas. Scotland is just wonderful and I could walk Germany endlessly.
I look forward to seeing more of this vast world but my heart lies in America.

Love the excerpt. I call Midwest USA my home, having lived here, in various locations my entire life. I love the 4 season climate, and of course, we have no accent LOL.