Today I'm delighted to welcome Erzabet Bishop to Beyond Romance. She's here to talk about her new F/F urban fantasy, Sigil Fire.  I thought I'd start with a few questions.

Lisabet: Greetings and welcome, Erzabet? This looks like a great book - I've been craving some F/F. How did you come up with Sigil Fire?

Erzabet: This story began as a writing prompt that didn’t make it into the anthology it was originally intended for. After much more work, I sent it in to the Ylva Halloween anthology and the amazing and wonderful Astrid believed it could be so much more. What was a nine thousand word story became a nearly thirty thousand word novella.

L: Will there be a sequel?

E: Yes. Charley, Perry, Sonia and Fae will be back for book two, which has already begun.

E: Yes. My husband and I have a pack of furry canine children that constantly keep us on our toes.

E: That would have to be in bed with a good book, my puppy Tadpole by my side.

E: There are so many! I love Kim Harrison, Lisabet Sarai, Jaye Wells, Red Phoenix, Cari Silverwood, DL King, Alison Tyler, Rachel Kramer Bussel, Rhavensfyre, Patricia Briggs, Laura Antoniou…the list goes on and on. If I could be sealed in a room for a year I would never be bored reading these fabulous authors and more.

L: How could I not adore a woman who lists me among her favorite authors? So what are you working on now?

E: I have several works in progress. I write for the serial, Club Rook and am in the middle of two episodes to finish out the first season. There is also a CYOA for Silkwords, a twisted fairy tale for Decadent and a Halloween tale for my wonderful friends at Ylva. Not to mention the urban fantasy romance I’m up to my knees in for Sci Spanks coming up in a week or so. 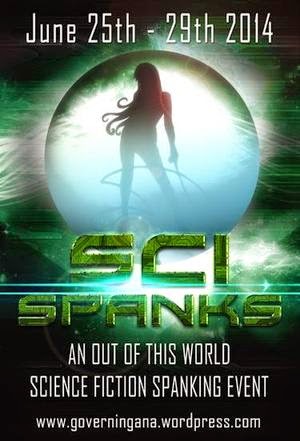 Thanks for having me on the blog today! I hope to see you around Facebook and hop over to my author site to sign up for the newsletter.

And now a bit about Sigil Fire.... 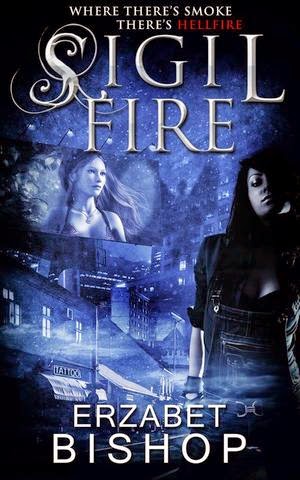 Sonia is a succubus with one goal: stay off Hell’s radar. But when succubi start to die, including her sometimes lover, Jeannie, she’s drawn into battle between good and evil.

Fae is a blood witch turned vampire, running a tattoo parlor and trading her craft for blood. She notices that something isn’t right on the streets of her city. The denizens of Hell are restless. With the aid of her nest mate Perry and his partner Charley, she races against time before the next victim falls. The killer has a target in his sights, and Sonia might not live to see the dawn.

For a sample read: http://www.ylva-publishing.com/excerpt/excerpt_sigil-fire_erzabet-bishop.pdf

Blood pounded in her temples, and Sonia’s feet hit the pavement. Tears blurred her vision as the reality of what almost happened sunk in. He was the killer, and he knew where she lived. He was a fallen angel.
Turning the corner, she saw the tattoo parlor and picked up her pace. The shadows mocked her from every angle. He would be out there waiting. His oily presence oozed unholy joy at her panic, and she stumbled, almost losing her footing on the uneven sidewalk. Footsteps echoed on the street behind her, and in her panic, she couldn’t distinguish between friend and foe.

The glass doors loomed large, windows covered with posters of the latest trends in piercing and ink.
Pulling maniacally on the door, Sonia let out a howl of frustration to discover it locked. “Son of a bitch! Oh Goddess! Open up!” Tears ran down her face, and she tore at the door, hoping for some weakness that would allow her entry. Something. Anything.

She bit back a sob and staggered backward. It was over. He would find her in moments.
The street had become too quiet and the echo of sinister laughter crept along the edge of darkness. The bastard was playing with her.

Fear shot through Sonia’s body, numb and cold, causing her to yelp as the doors rattled behind her.

The sound of a barking dog came from the interior of the shop.

A voluptuous dark-haired woman leaned out, the bluish light illuminating her features with beams of icy radiance. “If you’re looking for a corner, succubus, you’ve picked the wrong one. Move it along.”
Sonia stepped closer to the door, turning her head into the light. “I’m here to see Fae.” She wrapped her arms around herself, shivering. The T-shirt and jeans had been warm enough earlier, but the air had turned chillier.

Sonia shook her head, tears pricking at the corner of her eyes. “Do you know me?

The barking of a dog sounded closer, and the dark-haired woman drew back as the little body pushed past her.

Sonia leaned down. “What are you doing here?”

The little dog barked furiously, wagging its tail and whining. Its furry little face searched Sonia’s, and it jumped against Sonia’s leg, licking her hand.

“Hey there. Glad to see you made it home.” Sonia reached down at petted dog’s head.

Snorting, the dog rubbed its head against Sonia’s hand, letting out a delighted sound.

“Your dog knows me.” Sonia searched the dark-haired woman’s face. “I saved it. In the alley yesterday. There was a demon trying to take it.”

“Jellybean, what have you been doing?” Fae returned her gaze to Sonia and stared hard. “You saved her? How?”

A frustrated snort came from the dog, and she growled at the shadows.

“You’re lucky that you have a hellhound to watch over you. Someone must have loved you a lot.”

The woman’s face softened. “My mother. Jellybean was the last gift she gave me before she died.”

“Can you please let me in?” Sonia glanced behind her. The shadows grew longer, and the temperature continued to drop. The street was deserted now. “I need to see Fae. Monty sent me.” Sonia hated that her voice shook. She couldn’t help but notice the woman who blocked her path was intoxicating. The stranger’s dark hair rippled in the cold light of the shop, and her tight fitting shirt revealed far more than it chose to conceal. Her eyes burned black in the darkness, and despite her fear, Sonia felt herself falling inside them.
They were safe. Familiar somehow. It didn’t make sense.

“Why the hell would Monty send you here?” The woman straightened, and the illusion of a simple shop owner vanished.

Jellybean barked. The dog’s body tensed, and she stood in front of Sonia, protecting her from the darkness beyond. The energy on the street grew malignant. The dog’s eyes flashed red and power radiated from her.
Sonia and the woman stared, momentarily speechless.

“Well, I’ll be damned. Come on.” The woman grinned as Jellybean jumped up and down. “Get in here.”

Dark laughter echoed down the street and Sonia flinched.

Jellybean growled, the hair on the back of her neck standing straight up.

Sighing deeply, the woman held the door open. “Come on then. Jellybean’s vouching for you and I’ve been looking for you myself.”

“Thank you.” Sonia scurried through the door, tears of relief brimming on her lashes. She blinked, but the tears still managed to fall. She was an immortal. Fear was not something she was used to living with, and it made her angry. Her head and soul were still spinning from everything that had happened in the past hour. She staggered. Her life was about to change even more. She could feel it. 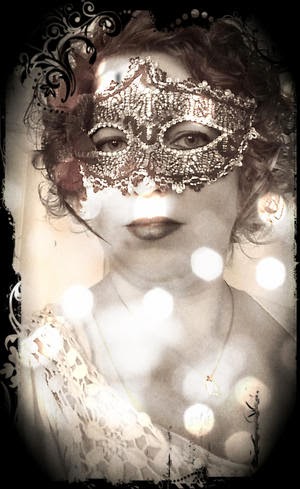 Erzabet Bishop has been crafting stories since she could pound keys on her parents’ old typewriter. She has only just learned that it is a whole lot more fun writing naughty books. She is a contributing author to the Silk Words website with her Fetish Fair choose your own romantic adventure stories, Elemental Passions, Potnia, A Christmas To Remember, Taboo II, Club Rook: The Series, Sweat, Bossy, When the Clock Strikes Thirteen, Unbound Box, Milk & Cookies & Handcuffs, Holidays in Hell, Corset Magazine: Sex Around the World Issue and Man vs. Machine: The Sex Toy Issue, Smut by the Sea Volume 2, Hell Whore Volume 2, Can’t Get Enough (upcoming, Cleis), Slave Girls, The Big Book of Submission (upcoming Cleis), Hungry for More (upcoming Cleis), Gratis II, Anything She Wants, Dirty Little Numbers, Kink-E magazine, Eternal Haunted Summer, Coming Together: Girl on Girl, Shifters and Coming Together: Hungry for Love among others. She is the author of Lipstick (upcoming), Dinner Date, Tethered, Sigil Fire, The Erotic Pagans Series: Beltane Fires, Samhain Shadows and Yuletide Temptation. She lives in Texas with her husband, furry children and can often be found lurking in local bookstores. She loves to bake, make naughty crochet projects and watch monster movies. When she isn’t writing, she loves to review music and books.

Thanks for having me on the blog today!