The Woman Behind Miss Tisdale

Today I'm sharing an interview with Jessica Jefferson, author of the hugely enjoyable historical romance Taming Miss Tisdale. This post is part of her blog tour for the book. See the end for how to enter her drawing - you could win a $50 bookstore gift certificate!

Lisabet Sarai: Welcome to Beyond Romance, Jessica, and thanks for being my guest. Miss Tisdale sounds like a fascinating character, quite a departure from the traditional romance heroine. Is she modeled after anyone you know in real life? Any similarities with your own personality? :^)

Jessica Jefferson: I wish I were more like her. She speaks her mind, she questions the establishment. She wants to lead her own life and not depend on a man. I think at some level, every woman has a little bit of Tamsin inside them, some of us are just better at hiding it than others.

LS: Your duke is a bit of a deviation from the stereotypes as well, hardly the forceful "alpha" some readers insist on. What is there about him that will make readers love him?

JJ: There was a lot of discussion with my critique partner about the decision to make a less alpha male. I wanted to deviate from the standard, if anything just to see if it would work. I have had some positive reception. I think some readers enjoyed the quiet, reserved type but only because he had so many moments where he was able to “alpha up” and step outside of himself. I like to think his story is really about the two competing personalities and his struggle for his alpha Mr. Wilson character to reconcile with the less alpha Duke.

LS: How realistic is your portrayal of the historical period? Are Tamsin and Marcus plausible, given the society in which they live? And do you think that sort of plausibility matters to readers?

JJ: I tried to create a tomboy with some trace of realism – she wears dresses, she doesn’t frequent gaming hells or anything of the sort. I do try and keep my characters within the constraints of the time, but sometimes “story happens”. I see nothing wrong with stepping outside the lines a little. Yes, it’s a historical romance so most of what I write should be historically accurate. But it’s also a romance—a work of fiction. Sometimes I choose to step outside what 1815 society would have allowed, and it’s all for the sake of the story.

LS: Is this the last readers will see of these characters, or do you plan a sequel?

JJ: This was the second in the series. I signed a contract for the life of the Tisdale series, which I had always envisioned as the story of the four sisters. I’ve even entertained the idea of taking the dead brother’s fiancé and giving her a story as well. Next up is the story of Lilly. She has a bit of an ugly duckling story, but it’s really about her falling in love with an unattainable man. I promise – it ends happily. 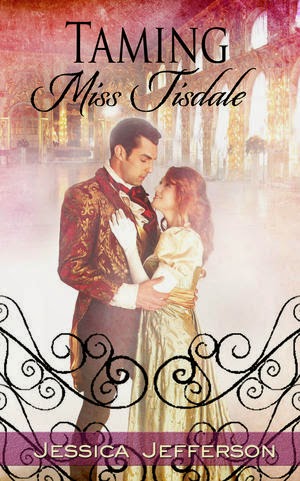 
Miss Tamsin Tisdale believes herself to be completely unsuitable for London life. After a myriad of social mishaps, and the potential ruination of her family name, she’s shipped away to her cousin’s northern estate. Only after she comes to her senses will she be welcomed home.

Marcus Winston, the Duke of Grayson, has a lackluster reputation. The last in a dying line, he’s endured a protected life—rank with privilege, encumbered by isolation. After a brief encounter with rebellion, he learns the devastating consequences of his carelessness and willingly accepts living life from inside his gilded cage.

However, a chance meeting with the brazen Miss Tisdale gives Marc the opportunity to reinvent himself into the man he’s always dreamed of being. When his deception comes to light, and ghosts from both their pasts threaten to unravel the intimacy they’ve come to cherish, will either of them set their fears aside long enough to embrace love? Or will Miss Tisdale’s stubbornness divide them?

Marc watched the faint outline come across the dense morning fog, becoming more discernible as it approached. The tall, thin figure was riding along at a perilous speed, given the morning’s lack of visibility. He thought perhaps it was some gangly young man misguided in the fog. It wouldn’t be the first time someone accidentally stumbled upon the vast property that made up his family’s immodest estate.

Then the fog parted in an almost biblical manner, revealing his gross inaccuracy.

Marc closed his eyes and thought for a moment. Typically, women didn’t ride alone at such an hour and they certainly didn’t wander unexpectedly across his property. It’d been quite a while, his last birthday to be exact, since his last intimate encounter with a woman—a gift, compliments of St. Regis—so there was always the possibility that perhaps his half-drunk, sex-starved mind had conjured up the sensual image.

He shook his head, opened his eyes, and looked back again toward the horizon.

Yes, those were most certainly breasts.

And she was most definitely not a young man. The woman’s riding habit pulled taut against her body as she raced toward him. Her hair was blowing behind her—various hues of auburn and gold, like wild flames curling about in the wind. Then a decidedly feminine voice burst through the morning’s silence, interrupting his self-doubt.

“Oh, thank goodness I found you!”

This was no mirage. She was indeed very real.

Jessica Jefferson makes her home in northern Indiana, or as she likes to think of it—almost Chicago. She is heavily inspired by classic sweeping, historical romance novels, but aims to take those key emotional elements and inject a fresh blend of quick dialogue and comedy. She invites you to visit her at jessicajefferson.com and read more of her random romance musings.
http://www.JessicaJefferson.com and www.embracingromance.com
Like me at https://www.facebook.com/pages/Jessica-Jefferson/545243542195152
Follow me at https://twitter.com/authorJessicaJ/ 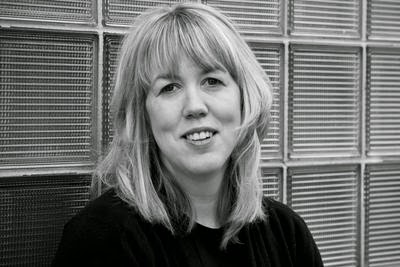 Buy the book at Amazon: http://www.amazon.com/Taming-Miss-Tisdale-Jessica-Jefferson-ebook/dp/B00K5Y8W7Y


Use the Rafflecopter widget below to enter Jessica's drawing. And check out her other posts in the tour - every one gives you a new chance to win!

Hello, Jessica! Thanks for being my guest. I absolutely love your excerpt. Marcus sounds truly delicious.

That excerpt had me chuckling. I am definitely reading this one. Good luck.

The characters sound interesting, I can't wait to read the book.

The more I read about this series, the more I know I have to read it.

This looks awesome, added to TBR

I like a spunky heroine. Miss Tisdale sounds great.

I am always looking for new authors to read. Your book sounds intriguing.
JWIsley@aol.com

I like unlikely heroes and heroines. This sounds good.

Hi Jessica,
love the cover, it's gorgeous and the book sounds wonderful. i look forward to reading it. thank you for the great contest.

The excerpt was great. I like that Marc isn't the typical alpha male. It will definitely need to be put on my TBR. Do I need to read the books in order? Thanks for the chance at the giveaway. laurah2727@yahoo.com

I like atypical heroines in romances, it makes for an interesting journey for the hero.