Only Myself to Blame

I'm feeling grumpy again. I got my monthly royalty statement from my main publisher. Let's just say it was disappointing. Once again, I'm asking myself why I bother to work so hard writing and marketing when nobody's buying my books. 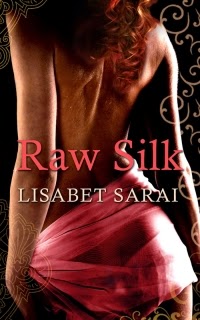 Been there. Done that. That was my first novel, Raw Silk, more than a decade ago. For a long time, in fact, most of what I wrote was BDSM-flavored. I still love the genre. Well-written tales exploring the thrill of sexual surrender still push my personal buttons. After a few years, though, I started to worry that I was writing the same story over and over again. I wanted to branch out, to challenge myself. I didn't want to get stale.

Call me contrary, but I don't like to be a sheep. And I figure the world doesn't need yet another take on the gazillionaire Dom and the virgin.

When I do tackle a popular genre, I find myself irresistibly tempted to turn the stereotypes on their heads. So in fact, I have been thinking about a gazillionaire and virgin book - one in which the hero is the virgin and the heroine is the filthy rich dominant. 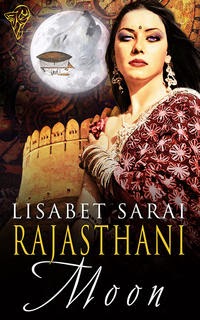 I can write to spec when I want to. I'm on the staff at Custom Erotica Source, a service that provides individually crafted sexual fantasies for its clients. You wouldn't believe the detailed scenarios some of our customers have given me. And somehow, I've managed to get into their heads and give them exactly what they wanted.

But otherwise, I want to surprise and delight my readers, turn their expectations upside down.

I know I could analyze what's selling and write more of the same. I'm good at taking direction, as my Master will confirm. But I just can't stomach the prospect.

So if my royalties are a pittance, I have only myself to blame.

I am far from a representative sample, but lately I've been thinking about how awesome it would be to see a book where the heroine is the gazillionaire and the hero is the virgin. I started toying with this and my results were interesting.

Underlying societal prejudices began to rear up almost immediately. Why is she going after this loser? Why isn't she dating, like, a CEO or someone "on her level"? Why isn't she dating someone her own age? I thought it was fascinating to see how powerfully my mind resisted this plot and yet how accepted the gender-reversed version is. Since I seem to share some of your rebellious streak, that made me think someone needs to write this book and pull it off, stat. (I doubt that person will be me--I haven't read enough (any?) billionaire books to know how to play with the stereotypes properly--maybe it will be you!).

Good luck with whatever you decide to write next. I am glad to see you exploring the territory, for what that is worth. (And I do read your stuff! -- most recently Her Secret Ingredient, which I liked for turning things around the way you've been discussing. She wasn't a delicate Asian flower--she was big-boned, hooray! She dominated the guy I expected to be dominant. She got the hot geek (who I really liked). I'll be picking up the sequel for sure).

How I wish I had more readers like you!

Your comments about my gazillionaire idea were fascinating. Especially the comment "why is she going after this loser?" My hero is in no sense a "loser", but this shows the sort of mindset perpetuated by our society (the same mindset that unhinged the guy in Santa Barbara). My hero is a brilliant computer science professor. (I love nerds - and I've known a few who were great lovers). He's a virgin at least partly because he's shy, partly because he's wrapped up with his work, partly because he hasn't found a woman whose intellect is enough to keep him interested.

Yeah, you are so right that the "loser" stereotype of a male virgin is seriously screwed up and related to many societal ills. And yet a female virgin has a totally different set of stereotypes. It's disturbing when I find I've internalized stuff that I disagree with so vehemently.

On another note, computer science professor??? Yay!!! I think there is some growing awareness of the hotness of geeky people, but I don't think it's been fully tapped yet. At some point, I realized that the thing I am most attracted to is skill, and geeky people are often highly and interestingly skilled (I don't just mean that in a dirty way. I'm also excited by people who've studied, say, LISP, or know how to operate a soldering iron). I will keep my eyes open for what you come up with, but I'd love a ping when it's out in case I miss it.

I like to write the opposite of what's out there too. I'm so sick of alpha-hole tattooed bikers who abuse the heroine until she realizes that he's just what she needs. Yuck. So I wrote about a red-headed biker queen with huge tits who takes what she wants and uses more than her hand to pick the guys in her gang. What kind of man would it take to convince a woman like that to settle down? That's what interests me!

It's been so many years since I gave away my virginity that I'd have no idea how to write like I valued it in any way, which I never did. I got rid of it as soon as I found a volunteer willing to help me. My heroines are alpha females who make their own rules.

I've read a few of your books and love that you write the kinds of heroines that I identify with. Keep it up! I write what I like to read, and there can't be JUST me like this...I hope!

Thanks so much. I need more readers like you...

I think there's an opportunity for an anthology of stories about alpha females. Not fem dom necessarily, just strong women who know (and take) what they want.