[I've got a sneak peek for you today from Janna Yeshanova's new novel Love is Never Past Tense, a sweeping tale about love among the ruins of a society. See the end of the post for information about Janna's giveaway! ~ Lisabet] 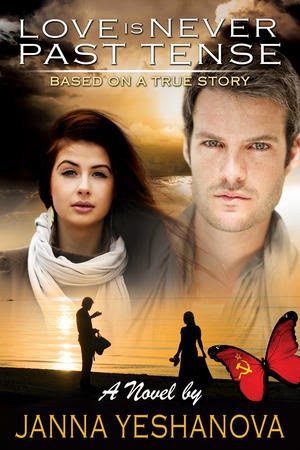 
An unexpected passionate romantic beach encounter leads to a hasty marriage, divorce, and the inevitable “if only…” The Soviet Union fades around them, sending their once comfortable lives into chaos. World changing events put their lives in peril, creating memories of what might have been and hopes for what might yet be... A modern epic Russian second-chance romance with unforgettable characters!

She flew one thousand kilometers to rescue him, to rescue them in the name of what—Moscow registration? Bosh! In the name of the preservation of love? And he had not made two steps, though he could easily reconcile both parties. How much could he have done later to save their love, their sincere feelings? In this life, it appears, you need to struggle, fight, and tear with your teeth those who intrude on the sanctity of love between two human beings.

Certainly, tearing his parents with his teeth did not follow. They understood human words, and gradually, their tone began to soften. Janna managed to reduce their negative attitude towards her.

Conversations, already quiet and logically weighed, began. “Where will you live? You have three more years of school. Spouses should live together, but here in our house it is simply impossible. You have a sister who should study too and so on and so on.” The romanticism of relationships was replaced by real everyday questions. When Janna was getting ready to fly home to talk to her mom, though, more pressure was applied.

“He will not take you to the airport,” said his mom.

“I know him better than you. He will do as I say.”

Serge stood dead in his tracks, silent. Janna left by herself. 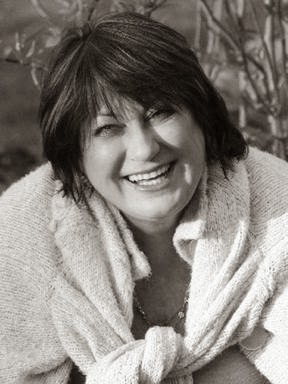 Originally from the former Soviet Union, Janna Yeshanova escaped to the United States when persecution became violent during the crumbling of the Soviet state. Arriving in the United States with her mother and daughter in tow, $126 in her pocket and knowing not a soul, Janna’s talent and experiences have helped her become a high end organizational training and development professional. Her exodus story is included in the book.
Founder and principal of Life-Spark, LLC, Janna is a dynamic and powerful life coach, premier trainer and motivational speaker. She leverages her passion and engaging style to help others to overcome adversity and spark the possibilities of their lives.
Love Is Never Past Tense... was published first in Russia and Ukraine, and is now available in English. It is a fascinating adventurous romance based on a true story

To buy: Smashwords: https://www.smashwords.com/books/view/372640
To buy book in print: http://www.loveisneverpasttense.com/order
Goodreads: https://www.goodreads.com/book/show/18663929-love-is-never-past-tense
This post is part of Janna's super book blast tour.
Use the Rafflecopter widget below to enter and you could win a $20 Amazon gift card.

Hi Everybody! I am welcoming you guys to this Book Blast! I glad having you here! I am in Israel at the moment, so, my answers may come with a delay! :) I am looking forward to talking with you.

...not always easy. It takes work. Thanks for the giveaway.

Thanks for stopping by. The Love Is Never Past Tense trilogy concludes June 23 when Zebra Fish is released. Preorder now!