Into the Sexoshphere and Beyond!

I am so delighted to be here at Lisabet's place – thank you for having me Ms Sarai. Now, Lisabet will probably have no idea about this at all but she played a important role in my confidence with this trilogy I'm currently touring. I sometimes worry that my ideas are a little bit 'out there' for the reading public... When I was thinking about this series of books, I knew the lovers would be separated at some point but would build a bond so strong that when they climax, no matter where they are in the world, their spirits would soar and meet on a sexual spiritual plane in unbounded eternal passion.

But wait, wait, it works! (Does it? - the doubting mind of a writer...) When I was almost finished writing this and getting caught up in it all – still doubting whether it would be something people would want to read, I happened upon a story by Lisabet in the Seeing Stars anthology called Bodies of Light. The characters were light beings from other worlds joining with humans. It is superb and gave me the confidence to believe that what I had written wasn't completely weird! So thank you for that Lisabet – it is a lovely erotic story set in deep space – well worth a read if you love sexy sci-fi.

The Meeting Point isn't set in space and the characters aren't made of light but they slip into that other place where souls collide and magic happens. I hope you fancy going on the journey with them.

I wanted to share a snippet where the characters do fall into the orgasmic realm but I set myself these rules where I'm doing consecutive snippets so you can read the first few chapters of my book if you follow this tour... so if you want some lovin' in the sexosphere – you may have to buy one ;) - or add a comment with your email and enter to win the 2nd book (that's the one that really explores the Ultimate Unity theme).

To see where else I've been or going – click here 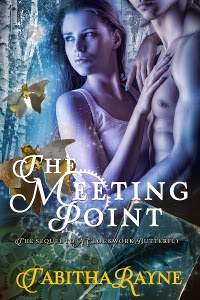 A story of love, freedom, and the future of mankind. Deborah Regan has broken free from the prison where she’s been unjustly held for the past eight years. The scale of the devastation to the land outside is overwhelming. Toxins have taken hold, and the planet is dying. Deborah vows to find her lover Marcus and flee to the safety of the hills where their story first began.

Marcus is one of the few remaining men left on earth, and Deborah finds him held captive at a pleasure farm where he is kept to service rich and powerful women. Escape for him is complex and dangerous. They can only hope that the trio who helped Deborah before will come to their aid. Marcus has heard from his clients over the years of a mythical place with its own microclimate that toxin clouds seem to miss. He is sure they can find it and will be able to build a future together.

Mae, Lena, and Angelo feel compelled to find Deborah and Marcus who they know have a special connection that might prove essential to their survival. They make haste to track the couple and realize the plan they have chosen is fraught with danger and conflict.

Will they make it to the utopia Marcus dreams of?

*The explosive climax to Taking Flight and A Clockwork Butterfly.

Deborah stood on her tiptoes to get a view of her whole face in the wall mirror. She looked crazed. Her hair was long and wild with bits of heather still clinging to it. She pulled her fingers through the knots, trying to gain some sort of control over the crow’s nest that adorned her head. Washing her face properly, she wondered if she dare give her body a quick going over. Being clean for her lover suddenly seemed very important. She pulled down one of the towels from the bales on the shelving. She filled the basin and used the wet cloth to rub away what dirt she could, nervous that someone might come in as she stood with her legs akimbo, attending to her intimate areas. She wanted to be pretty, alluring, and beautiful for Marcus. Eight years. She arched up on her toes once more and examined her face for signs of aging. Her hair, though still wild, didn’t seem to have any gray filtering through it, and her role in the prison had made sure she didn’t get cursed with many laughter lines. There was, however, a deep frown carving its way between her brows. She was dismayed to see it and tried to smooth it away with her fingertips. Never mind, she thought, I’ll replace it with smile lines soon.

One last twist to check her profile and she left the sanctuary of the restroom. The throng of women, all ages and sizes, seemed to have increased in the time she’d been away. This was good. Deborah made her way through the bundles and knots of excited females over to what looked like an information or reception desk.

“Welcome to Crester Farm. How may I help today?” A very pretty woman smiled in the plastic way Deborah remembered people used to in the years before the terror began. It was disconcerting. The weight of her escape bore down on her and she began to feel alien. She’d been out of society for so long she had no idea what was expected, how she was meant to act.

“Yes, I want an appointment to see a male.” Her voice was steady enough, she thought, a good start.

“Don’t we all?” The receptionist laughed and Deborah felt stupid. “I take it you have booked. The waiting lists are long.”

“Oh, I…” Deborah’s cheeks heated. Stupid. She decided to be honest...well, to a degree. “It’s my first time. I have no idea about the procedure.”

To her relief, the woman smiled kindly.

“Don’t worry, we have lots of first timers every day.” The woman opened up a large ledger book and dipped her pen, ready to write. “So, I’ll need some details. And we take payment up front.”

Damn. Deborah fondled the near empty coin pouch in her robes.

“Oh, I’m only here for the day. Are you sure there’s no way you can squeeze me in? I’ve traveled such a long way.”

The woman must have seen the desperation in Deborah’s eyes and her expression softened, something flashing across it—familiarity? Deborah shook the thought away. The last thing she wanted was to be recognized.

“Well, I’m afraid I really can’t give you an appointment, but I could let you into the oxytocin bars. There isn’t an official time book for there, just a sort of queue.”

“You know, where the pheromones are piped in from the servicing chambers.”

“Oh yes, of course, forgive me. I’ve had a long journey and could do with some refreshment.”

“Listen, please don’t mention I helped you in this way,” she said, opening her drawer and taking out a thin leather strap with a green bead on it. “It’s just...I saw you faint earlier in the crowd, and reckon you really are in need of a little oxy-boost.”

Deborah couldn’t believe her luck and held out her wrist for the woman to tie the leather band on.

“Now, this will get you into the bar and the viewing chamber.”

Deborah had to hold in a shriek and steady her body which had started to shake. “Thank you, thank you,” she gushed. “But why are you helping me?”

The woman leaned in, casting a shifty glance around the female filled room. “You look different. You seem different to all these other rich bitches,” she said in a low voice.

Shit. She did stand out.

“And besides...” The woman held tight to her wrist and breathed the words right into her ear. “I know you.”...

Book 3: The Meeting Point – out now! And what this post's been all about:
Beachwalk Press http://beachwalkpress.com/the-meeting-point/
Amazon US http://www.amazon.com/gp/product/B00KZNW2XK/ref=as_li_tl?ie=UTF8&camp=1789&creative=390957&creativeASIN=B00KZNW2XK&linkCode=as2&tag=lucyfelt-20
Amazon UK http://www.amazon.co.uk/gp/product/B00KZNW2XK/ref=as_li_ss_tl?ie=UTF8&camp=1634&creative=19450&creativeASIN=B00KZNW2XK&linkCode=as2&tag=lucyfelthouse-21

Other books in the series:

Book 2: Taking Flight – now available – comment on any of my tour posts and I'll pop you in a draw for a copy of this one – if you can't wait, here's the buy links:
Beachwalk Press http://beachwalkpress.com/taking-flight/
Amazon US  http://www.amazon.com/Taking-Flight-Clockwork-Butterfly-Trilogy-ebook/dp/B00KEVW4PE/
Amazon UK http://www.amazon.co.uk/Taking-Flight-Clockwork-Butterfly-Trilogy-ebook/dp/B00KEVW4PE/ 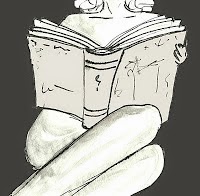 Tabitha also has a passion for art and takes great pleasure in painting nude ladies.

Hi, Tabitha! Thanks so much for being my guest. This sounds like a fascinating series. And I'm so flattered that my story Bodies of Light gave you that extra little nudge of self-confidence!

Good luck with the book and the tour...

Okay, Tabitha, you've got me hooked. If this is the start of your tour, I foresee a great tour for you. And to have a cliffhanger in the blurb is kinda evil, but I love it.
Sharon
smanninglew@msn.com

the book sounds like another great read. good luck with sales.

this looks and sounds awesome :) Congrats on the new release and thanks for sharing :)

Sounds like a great read. Thanks for the giveaway.
turtle6422@gmail.com

this is one very sizzling hot excerpt , I seem to remember a movie with this same theme to it ,but me getting up there in age may just be imaging it lol ,love it anyway congrats on the release oh and please enter me in the contest , if I should win can I pay it forward ?

Aww thanks Lisabet! I really did love Bodies of Light x x

Mwoah-ha-ha-haaa! I am evil indeed :D thank you for your lovely comment Sharon x x

Thank you for commenting, JoAnne :D

Thanks Erin - I think the cover artist did a wonderful job :)

Thanks Helene - sizzling hot is what I aim for ;)
Not sure what you mean by paying it forward but if you win I'll be sure to find out! :D I'm sure it's a lovely thing whatever it is x

your story sounds very interesting and hope you do well with it. I am sure people will like your story so keep your confidence up. Happy summer

pay it forward is if I win you give it to someone else , I haven't a P.C right now so I wouldn't be able to enjoy it , but I wanted a chance to pay it forward :) call it OLS old lady syndrome LOL :)

Thank you to everyone who followed my wee tour! The winner of the ebook Taking FLight is SharonJM x x x