2013 hit with a bang. Actually, 2012 ended that way. So much to do and so little time to do everything. A couple of years ago I jumped into the self-publishing pool. I had a dozen manuscripts “gathering dust under my bed”. Well, not really under my bed, but occupying space on my computer. Some of them have moved from three or four computers. I had piles of hard copies I finally tossed. They weren’t helping my dust allergies. I kept the paper rejections, because I need the reminders that I have tried to sell my novels and how long I have been at the writing game.

In 1991 self-publishing meant paying someone to print copies of your books and then selling them from your trunk. I know folks who did that and are now rich and famous. They invested money, which I didn’t have, and worked like crazy to sell copies to folks other than family and best friends and people they barely knew. The authors taught workshops and gave speeches and sold their books at every venue possible. I wasn’t willing to try that since I KNEW I could sell my books to the New York Publishers. It didn’t happen. Small presses printed small print runs and then digital books came out and smart people sold disks and CD’s of books. I wasn’t ready to try the new tricks. When someone suggested I self-publish my books I laughed!

I’m a Mac person and am not technically inclined. (I am computer challenged! Typewriters hated me and gremlins lived in my computers and printers) The idea of e-publishing held no appeal to me. (It scared me shitless!)

Then two years ago I’d had enough rejections. I read so many emails on so many loops about how anyone could do it, that I was willing to try to publish my first e-book. I cried, and whined, and cussed, southern style, and called smarter friends who talked me off the roof and out of tall trees. I’d have jumped otherwise. Learning to reformat my manuscripts from the years of the dinosaur and blue disks strained my brain beyond belief. And then I did it again and again, glutton for punishment that I am.

Why would a stranger care what I did and why or how? For the same reason I cared when people changed their dreams instead of dumping them. I wanted my dreams to come true, even if I had to adjust them.

Now the old lady is on two group blogs and has a website of sorts.

Facebook and Linked-in don’t scare me. (Now that’s a lie!) I do try to play on their turfs, though.

And the BIG one, I finally sold a book to an e-publisher. I haven’t signed the contract with Sizzler Editions yet, but I have choices now. 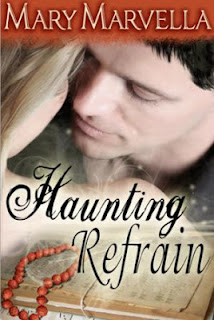 The above books are also available at Barnes and Noble and Amazon.com 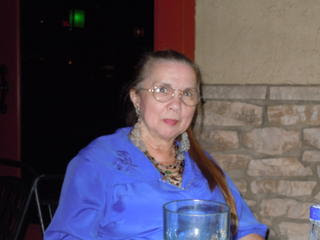 Mary has been a storyteller for as long as she can remember.  She made up stories for the other children and created the details for their “play like” or “let’s pretend” games. Sometimes the details were so real they scared Mary.

Mary taught language arts for 15 years, perfect for her BA in English.  Her M.Ed in Counseling served her well during her years as a school counselor and as a teacher later.

Now she tutors, teaches writers, and edits. Her inner English teacher loves the editing part. Her daughter is her cover artist now. She doesn’t read Mary’s books. Something about TMI.

Greetings, Marvella, and welcome to Beyond Romance!

The world is changing at lightning speed - especially the publishing world - and we have to adapt or die (metaphorically speaking at least).

I admire your turn-around - now you're starting your own epublishing house, I gather! Very brave.

And by the way, I love your cover. Your daughter is very talented.

Congratulations on finding a way to realize your dreams. I think many of us realize our dreams the "hard way." I am working on my next goal which is to retire and finally get to spend more time with my hubby. He is disabled due to a problem recovery while in the hospital, so I have had to realign how I will get there.

Mary,you're a writer. Why? Because writers keep writing no matter what. And they never give up. I've never self-published because frankly, like you said early in -- it scares me shitless. But the emerging e-publishing business gave me -- all of us -- options we never had in the days of traditional publishing. And now I publish (after twenty years of accumulated manuscripts except, unlike you, I really didn't even try to market them after the initial round of rejections on the first one) with not one but TWO epublishers. Writers never give up. And we never surrender.

The advice I give to those who ask: keep writing, keep subbing, keep learning and never ever give up. Becoming an author takes one step at a time, just like anything in life. My first challenge was to actually FINISH a book. When I accomplished that, I took another step...and another...and I haven't stopped yet.

LOL MARY! I KNOW HOW YOU FEEL AS TECHNOLOGY LEFT ME BEHIND TOO, BUT I ADMIRE YOU!

Thanks for letting me visit here, Lisabet! I'm not THAT brave, but I am editing for my personal clients and for a publishing company.

Chris, sometimes we must be pro-actic and creative in making our dreams happen.I hope you find a way to make things happen!

I have many dreams of buying a house, travel more and getting a fulltime job. I like to daydream alot. I am slowly fullfilling some of my dreams. The book The Gift. Is the book I would chose. Thanks for the giveaway.

Gail, hon, I have been rejected by the best editors and agents! One editor suggested my books deserved to be published, even if I had to do it myself. Three years later I jumped into the deep end of the Indie-publishing pool!

Susan, you are so right. You can't sell a book you don't finish. If you try, you must return the advance money, if there is advance money! Thanks for your comments!

Well, I decided to grab technology by the feet and throw it to the ground. Sound brave, don't I? I have peeps who help me tame SOME technology, and I avoid the really scary stuff!

Laura, I might be able to help you get that book! We must always have dreams!

Hi Mary,
We are never to old for technology. You have an impressive educational background, I went back to school for Pharmacy at 43, I already had a BSN and MSN (which paid the bills while going). I have practiced for 15 years, and am semi-retired. So one can learn at any age. Suzanne
suzyrph@charter.net Christmas Best Bet, Humble Pie sounds good. Thanks for sharing your talent with us readers:)

Mary, I'm happy about your success and consider you a modern day trail-blazer. Your perseverance alone has been an inspiration for me. And don't worry about all the techno crap. You’ll conquer that challenge like you've done all the others. Kudos on your sale with Sizzler Editions. I can't wait to read the story again.

Mary, I admire you for your perserverance and tenacity....and for "bending" in order to realize a dream. Too often people take the easy road in life...When someone doesn't it is cause to celebrate.
Congrats on all you have done to accompolish your goals and whatever comes keep up the good fight!

Being homebound and having 101 medical problems *grin* I have lots of dreams but only one real goal...That goal is to stay outta the hospital for all of 2013!!! One day at at time...that is how it comes and how I am dealing with it...*big grin*
I would luv to win a copy of The Gift! and I will be adding Margo's Choice to my TBB list...sounds like an interesting read.
Thanks for the chance at a great prize!
and Thanks to Lisabet darlin for hosting....

ooops! that should be accomplish not accompolish....
sorry 'bout that!!!

2012 was a busy year for both us. Congratulations on achieving some of your dreams. Here's to 2013 being bigger and you and I being bolder!

I will try to get that one headed your way, Suzanne! I'm proud of what you have accomplished!

Thanks, Pam! You keep me moving, girlfriend!

Jo, hon, I'll add your goal to my hopes! I think you would like The Gift! Thanks for your comments. (I ignored the mistake!)

Connie, having you pushing (encourging) me helps. Yes, next year I'll be pushing you! MORE BOOKS PUBLISHED!!!!!!!

congrats on finally realizing your dreams. I would love to travel and see some of the world, but it's a scary place out there and the working world is not stable. My employer is replacing those of us that make a decent wage and have knowledge of the business, with newbies that don't know anything for 1/2 our wages. So working day to day and week to week is my goal for right now. Would it be possible to get haunting refrain in stead of the others? If not please enter me for "The Gift"
Carolyn
j-coverholser(at)sbcglobal(dot)net

Mary, get those dusty books online! I love being self-published after having published with a NY major, then a small publisher. Self-pub is the most lucrative and most fun. I write what I want, not what some young editor thinks I should write. Since I'm selling lots of books, I think I'm justified to continue.

So glad you got those books out there, and I hope you'll put up more. I have most of the ones that are out on my Kindle, and I've really enjoyed them! You're one hot mama. lol

Keep up the good work, Mary!

Mary you are the best writer of Southern fiction. Period. The flavor is like savoring fine regional cooking. Congrats on your books and your successes!

Carolyn, I am cheap and am giving away the ones on Smashwords. I can do that with no cost.

I still tutor as many hours as I can! I retired from teaching but couldn't give it up.

I do the things I love! I would have been replaced by a youngster anyway! I hope your dream happens!

Caroline, you rock! I have a contract for one of those dusty books. Now, will I sign it or will decide not to? Hmmm. Still mulling. GRIN! I have choices!

From one to another, thanks! I think your books rock, too! And you look so sweet! I do have more to put up! I'm just slow.

Linda, coming from you those comments are HUGE praise! The magic Linda weaves with words is amazing! Thanks for believing in me!

What an inspiring interview. Never get between a woman and her dreams. You go girl! I am very proud to call you my friend.

Scarlet, I am the lucky one! I have such wonderful and supportive peeps! Your turn is coming!

Shall we choose winners Saturday?

LOL YEAH ME TOO! I TWEET, FAN, AND BLOG BUT DON'T TEXT AS TOO MANY YEARS AT THE PHONE COMPANY!

However, on Sunday this week (the 28th) I'm doing a giveaway as part of my Sunday Snog.

Mary is slow as molasses in Winter.

So have at all three!
Christmas's Best Bet is free anyway.
https://www.smashwords.com/books/view/114302

Your coupon code is VL39B (not case-sensitive).

Generating coupon code for The Gift

Your coupon code is ZJ86V (not case-sensitive).

Other books by Mary Marvella are available at Amazon.com
http://www.amazon.com/Mary-Marvella/e/B008E1SJ32

Thanks for your generosity! So you're giving away the books to everyone?!