Turning the Tables on History

The one subject I failed at school was History. This proved to be a huge mistake because now I am obsessed with it. I can’t get enough historical novels and research to fill that void. Novels by Antonia Fraser and Sharon Penman, for example, easily transport me to the time periods they write about. Imagining the people who went before makes me wonder how future historical novelists will portray us and how our history will impact on readers in the future.

While ‘studying’ the French Revolution at school, I wish I’d discovered Charles Dickens’ A Tale of Two Cities (1859) set in London and Paris before and during the French Revolution, or Baroness Orczy’s The Scarlet Pimpernel (1905) set during the Reign of Terror following the start of the French Revolution,. I would have been more able to understand the animosity of the populous against the nobility and form sympathies with parties on both sides. Maybe I wouldn’t have mixed up the National Convention and the National Assembly in the exam which, in spite of my ‘brilliant’ essay on the wrong one, earned me 0/20.

Historical novels and Shakespeare’s plays breathe life into History. There is a framework of circumstances already in place, but with the fictional characters and situations the author invents inside a community, relative to the times, the past is visible and has meaning. These novels educate and entertain me in a way history texts couldn’t do.

This obsession is probably why I write Historical Fiction, now. I haven’t tackled the French Revolution period yet. I prefer to stay in the Middle Ages for a while because I want to experience this era for myself. I never could grasp all those dates and battles and why they made homework assignments such a misery. 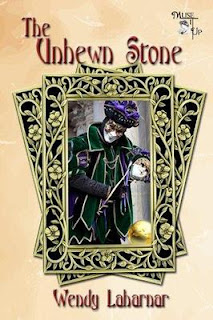 Since I can’t write realistic Romance, and I didn’t have the historical knowledge needed to be a person born into the medieval scene when I began writing The Unhewn Stone, I decided to turn the tables on history. I’d take my modern day Stefan, a disfigured innkeeper’s son, on a swashbuckling adventure by placing him inside the Wilhelm Tell Legend (Switzerland, 1307AD) and confine us to a small space in history, so I thought. Stefan would have ancestors who belonged to the wrong side, the tyrant’s side, the one Wilhelm Tell killed. As his main goal, I sent Stefan to prevent that legend from happening and save his ancestor’s life. That way, together, my hero and I could discover what life was really like back then, especially for an outsider, or tourist, in a time where Hospitality was paramount to an honourable man and peasants needed a Cause.

Researching the Tell Legend wasn’t difficult. There’s plenty of information about the hero Tell, and I read Schiller’s famous play. I gathered as much information as possible, not only from books but also from the Tell Museum in Bürglen, Switzerland, the birth place of Wilhelm Tell. While there, surrounded by the magnificent Swiss Alps, with my husband and granddaughters -- on two separate occasions -- I visited the relevant places around Lake Luzern, talking to the people, taking photos and soaking up the scenery for my setting.
The real research, however, began in earnest when my medieval characters appeared in my manuscript. There were peasants loyal to Tell, and yeomen who revered their lord, Stefan’s ‘uncle’. There were the nobles, Stefan’s ancestors, who distrusted him; some were charmed, but others considered him a fool. There were monks with strange attitudes about religion, and the alchemist’s science clashed with his catholic brother’s spirituality. An innkeeper did his best to keep the peace with a corrupt soldier and an ancient sibyl mistook Stefan for the alchemist. Stefan’s encounters challenged his (and my) concept of friendship, mercy, honour, faith, courage, pride and humility.

If I’d known how tough the times would be for Stefan, caught in the middle of this legend, messing everything up with his superior knowledge, I would have let him join Tell’s Cause instead. But how could I, when my purpose was to show there’s a thin line between Freedom Fighters and Terrorists in any age?

Anyway, I had no choice. I had to turn to the internet and the historical textbooks I once scorned. I collected information about the medieval people: their daily lives and attitudes, costumes, weaponry, castles, monasteries, taverns, forests and herbs, everything, even their horses. The monastery and town square were different to the ones on Stefan's side of time. Months of research turned into years. Medieval science led me to alchemy, the alchemist’s lab and the idea of changing base metal into gold. I researched the deeper philosophic layers trying to decide what I believed in. Was there really any difference between alchemy, religion, science, myth and magic? The more Stefan discovered about himself and his identity, the more I learnt about me and I came to the conclusion that Stefan and I now think pretty much alike.

If I could, I would write a modern day novel in which my contemporaries lived out their lives and loves and chased their goals. Then I would be providing a historical record of the early 21st century for those who come after. Fortunately, skilled writers are already doing this while I remain back in time, swamped in books and files of historical research. While I scan the pages of ‘Medicine in the Middle Ages’ I have to wonder, did I turn the tables on History or did History turn the tables on me? 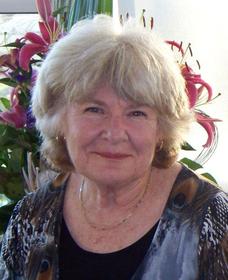 Bio: An Australian, born in the city and raised in the country, Wendy worked in hospitals as a registered nurse and later raised beef cattle on her property in the Southern Highlands, NSW. She graduated from the University of New England with a BA in English Literature and Classical Literature in translation.
A mother of two, Wendy lives by the sea with her husband, Teobald, and enjoys long walks on the beach with Spitzli, their Mini Schnauzer. When she's not writing, Wendy likes reading, dressmaking and travel. Her trips to Wilhem Tell's birthplace in Switzerland sparked her interest in the legend.

If you want to know more about Wendy and her obsession with history, visit her website http://wendylaharnar.weebly.com/ .

You can buy The Unhewn Stone directly from Muse It Up Publishing, from Amazon, or almost any other online book purveyor!

Email ThisBlogThis!Share to TwitterShare to FacebookShare to Pinterest
Labels: historical fiction, Muse It Up Publishing, The Unhewn Stone, Wendy Laharnar

I've loved reading historical fiction ever since I was a kid. I used to fantasize about living in ancient Egypt or Greece. But it's a brave soul who tries to WRITE the stuff. There are so many little details to trip you up. I've written a couple of short historical pieces, and a novel that had a Victorian subplot, but that's as far as I dare go.

Good luck with The Unhewn Stone. It's a great premise!

Hi Wendy,
Lovely to catch up with you. I love history too, but I favour Australian history myself. The Unhewn Stone, what an interesting take on William Tell, and a time in history, that I am ashamed to admit, I know very little. You were very brave to tackle such an era.

Hi Lisabet and Wendy. Failed History! After reading The Unhewn Stone and being completely transported back to mediaeval Switzerland, I find your failure hard to comprehend. Thank goodness you have made up for a school day lapse with this wonderful tale. What a terrific twist, you now writing and bringing history to life. :)
Beaut blog Lisabet.

Wendy dearest, you are simply delightful. Your confessions endear your readers to you at just how fresh and honest you and your writing are. Love your post and especially enjoy your sincerity. Thanks for sharing my friend. You are truly beautiful inside and out.

I love historical pieces. I remember reading A Tale of Two Cities in elementary school. My friends complained about it, but I loved it. Loved the post, Wendy.

Thank you so much for hosting me on your lovely fresh blog, Lisabet. I'm honoured to be here. It sounds like you have immersed yourself in historical writing and been clever enough to escape back to the real world to bring the present to life in your writing.

H-K, I was like one of your complaining friends, but now, A Tale of Two Cities is an all time favourite of mine. I bought it for my granddaughter who can't get past all of the opening 'opposites'. I might have to tear out the first few pages and let the book open up and sing. Hush my mouth. :)

Oh yes, I failed History, Rosalie. My advice to all students is don't fail a subject because in later life it's likely to grab you by the throat and take over your life. Thank you for letting me know Stefan's story 'completely' transported to medieval Switzerland. That’s what I’d hoped to do, just like your Caleath Chronicles transport me to strange and dangerous planets.

Karen dearest, same back at you. It takes one to know one, hahaha. You make me blush. Sitting at my desk loaded with books and papers, I look like Mrs Havisham and feel like one of Dickens' attorneys in the court of Chancery from Bleak House... getting nowhere.

In a similar vein, I have a confession to make. I failed English. Yes, an author, and I failed English! How is it so? Hahaha... As an academic in my other life I grade essays from students who SHOULD have failed English. I blame the English teachers that I had all through school. They never really grasped the concept of creative writing themselves, so how could they expect their students too!

Anyway - isn't fiction wonderful? You can go to a time in history and rewrite it. You can change it. You can make it into anything you want! It's very empowering. Congratulations on your book. It sounds wonderful. I love Medieval tales :-)