A Forbidden Kiss from Opening Night

My snog today comes from my M/M alternative history story, Opening Night.  Set in London in 1887, on the eve of the first performance of Gilbert and Sullivan's opera "Ruddigore", the story dares to imagine what might have happened if a brash young leading man had seduced the brilliant comic lyricist William Gilbert. The story is part of my collection Body Electric, available at Amazon.

Of course, by now I don't have to remind you to visit Victoria Blisse and check out all the other sultry snogs posted by my fellow authors. Because you can never have too many kisses! 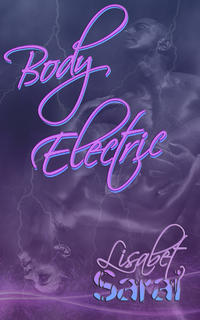 It was past ten when a knock woke him from a doze that must have crept up on him despite the fear of nightmares. "Yes, who is it?"
His visitor didn't wait to be invited in. "It's me, William. It's Frank."

Gilbert bolted upright, anger providing him with sudden energy. Red boiled behind his eyelids. "What are you doing here? I can't have you here. Get out, this instant."

The younger man shut the door. He sidled over in Gilbert's direction. Gilbert backed away. "I needed to see you, William. To talk to you, about the other afternoon. I'm sorry, I shouldn't have pushed you so hard."

"I apologize for being so rude, so insensitive. I've been wanting you so long, it just seemed natural to say it. To show you. I should have realized how new this would be for you, how shocking." With theatrical grace, Wilson glided to his knees in front of Gilbert, his head bowed. "Forgive me, please."

Gilbert gazed down at Frank's golden curls, gleaming in the harsh electric light. He smelled the man's floral cologne. Damn, his heart was beating like thunder, and there was an uncomfortable tightness in his crotch. Damn, damn, damn.

"Get up," he said gruffly. "Show a bit of self-respect, Wilson."

"Not until I hear you say that I'm forgiven."

Gilbert didn't understand how he did it, but all at once Frank was standing in front of him, face to face, close, much too close. He was taller than Gilbert and had to bend to whisper.

"Thank you, William." Then Gilbert felt the man's mouth on his own. He felt Frank's tongue toying with his mustache, tickling, probing, tentative at first, then bold and confident as Gilbert opened his lips.

Gilbert's resistance melted. Frank's arms encircled him, and Gilbert reciprocated, stirred by the sensation of strength in those young limbs. Frank tasted of horehound and tobacco, masculine and yet sweet. Frank kissed him eagerly, passionately, and from some place he had not known existed, Gilbert responded with equal passion.

He felt the hard, hot lump that he knew was Frank's cock, grinding against his thigh. Somehow this did not terrify or appall him. He welcomed it, exquisitely aware that his own cock was swollen and sensitive.

The dark clouds that had haunted him for the past two days dissolved in the brilliance of Frank's kiss. Gilbert did not think, did not worry or reason or judge. For the first time in a very long time, he simply allowed himself to feel.

Frank brought his hand down to fondle Gilbert's erection. For the briefest instant, Gilbert rejoiced at the touch. Then the weight of reality, the burden of thought, came crashing down upon him.

"But, William..." Frank aimed a kiss at him; Gilbert twisted away.

"We cannot do this. I cannot."

Frank dusted a finger lightly over Gilbert's groin. "Oh, I think you can, and quite well, too."