Just the notion of crossing genre borders calls up an image of barricades and guards, armed perhaps with the latest sales figures from Amazon or the NYT Bestseller list: “If you don’t always write in the same genre, you should at least use a pseudonym. Otherwise, your readers will get confused,” they admonish the foolish writer. “You can’t build a readership that way!”

There is, of course, ample evidence to the contrary, ranging from Edgar Allan Poe (mysteries and horror) to Joyce Carol Oates (a book or story in nearly every genre) to M. Christian, Thomas Roche, Nicola Griffith and countless other authors who successfully mix science fiction, romance, erotica, horror, mysteries or points beyond while writing under the same name.

Which brings me around to my new novel, not necessarily to be compared to the works of the other authors noted above (but a gal can dream). I’ve been writing fiction of various flavors for about sixteen years now. For a number of years, I primarily wrote erotic lesbian short stories, most of them collected in Night’s Kiss (Lethe Press, 2009) and Crave: Tales of Lust, Love and Longing (Lethe Press, 2007), with occasional forays into gay, bi and heterosexual lust and longing. And it was fun! I wrote about aliens and vampires and office workers and park rangers and Elvis impersonators and enjoyed myself immensely.

When I write erotica, I want to get a reaction from my reader. I want them interested and if possible, aroused in whatever way they are comfortable with. I like to begin with setting the scene and the characters, creating the ambiance and setting the stage for the sex, which is often an end in itself. I engage in verbal foreplay, if you will. And in the end, the act of sex in my stories may or may not be transformative (i.e. you’re not necessarily a vampire or an Elvis impersonator afterward. But you could be).

My new fantasy novel, Silver Moon (Lethe Press, 2012) began in a very different place. Several years ago, I was asked to write a werewolf novella for an anthology of lesbian werewolf novellas that would eventually be published as Bitten by Moonlight (Zumaya Press, 2011). There aren’t a lot of female werewolf narratives to begin with, and even fewer outside paranormal fiction and erotica. Of those, the vast majority deal with young women becoming werewolves, often with the plot device of a menstrual cycle triggering a werewolf attack.

I also wanted to read more fantasy with older female protagonists and I just wasn’t finding it. Nor was I writing much of it, at least not until I ran across a description of the physical changes brought on by menopause that reminded me of lycanthropy. Well, I thought, if at one phase of life, why not another? And thus, I came to write a novella about a woman who becomes a werewolf just as she enters menopause.

I finished the novella and thought I was done. But the characters weren’t ready to let go of me yet and I wanted to see more of them and their lives. The novella grew into a novel over the course of the next two and half years, turning into a story of change and transformation, monsters and magic. And there is not a single sex scene in it, somewhat to the dismay of some of my readers.

It was not done with malice aforethought. Truthfully, when I started the novel, I did think that at some point my protagonist would get together with the woman she had a crush on, but it kept not happening. For one thing, it wasn’t what the story demanded. And for another, I wanted a situation that would be somewhat relatable and I just couldn’t see a divorced middle-aged woman who was newly out as a werewolf, and was teetering on the edge of coming out as a lesbian or bi woman being immediately ready to hop into bed with another woman. It felt rushed to me.

Ultimately, I wanted my protagonist to get comfortable with who she was becoming, to embrace her transformations. But she’s not a trusting woman in some respects; she’s been burned before and she doesn’t want it happening again. I like my characters too much to rush them into an intimacy that seems false at this stage in their relationship. 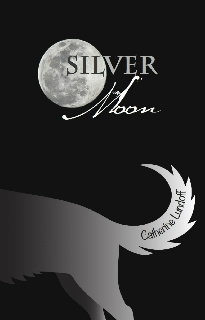 Shelly cleared her throat and said, “I think we’re ready to begin. The moon is starting to rise and we’ll need to be ready. Thank you all for coming to welcome our member Becca Thornton as she enters the Change that has taken each of us in our time. Let us help Becca embrace her own transformation and join with us to make the Pack stronger.” She waved the candle in a strange pattern and sprinkled some substance on the floor as she walked forward and circled Becca’s chair.

What the hell was this? What was “the Pack?” Becca’s thoughts were frantic now, her skin burning. She could feel the sweat trickling down her back and sides under her shirt, her heart racing so fast that she trembled with each beat. Her whole body felt odd, out of place, as if it belonged to someone else. Everything was too long, too short, too stretched. Too furry. Furry?

That was the realization that put her over the edge. She closed her eyes against the sudden wrenching pain that shot through her, starting at her feet and working its way up. It was like being pulled in fifteen directions and unable to respond to any of them. Her hair was standing on end and she felt her hands tighten on the chair. From somewhere close by, there was the sound of tearing and rending, of wood snapping. Something very scary was going on.

The thought drove her to her feet, eyes open now, and body tensed to flee. Her movement showed in the mirror and she glanced at it, then froze. Her face was long, her eyes golden. Her hair seemed to be working its way down her forehead in a “V.” She was crouched over, huge and menacing. Her hands were far longer than they should have been, with fingers whose nails looked like claws. They were also covered with a light brown fuzz. The arms of the chair she’d been sitting in were matchsticks now, the stuffing trickling down to mound on the floor.

Becca Thornton opened her mouth to scream, but what came out was more like a cross between a howl and a yelp. She jumped forward, trying to get away from the monster in the mirror and found herself bouncing back from the surrounding air as if she’d hit a wall. She spun around the chair searching for a way out, clawing at nothing with hands that were no longer hers. 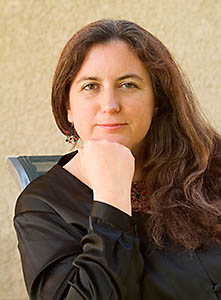 Silver Moon is available from Lethe Press, Amazon, and all other major print and ebook outlets.

I'm so pleased to have you back at Beyond Romance. SILVER MOON sounds fascinating - I've moved it up much closer to the top of my ridiculously tall TBR pile.

I know exactly what you mean about the world trying to pin you down to one genre. Personally, I get bored writing the same sort of thing over and over again. I'm even considering a sweet romance!

Good luck with the book as well as your other ongoing projects.

I loved Silver Moon, and am eagerly awaiting the next book in the series so I can spend more time with the characters.

The world tries to pin you down, but I think we're seeing a lot more crossover in this century, which is nice, because I've got my toes in supernatural, urban fantasy, and horror, both in erotica and general audience fiction.

I applaud you for writing an older protagonist. There do seem to be a dearth of them.

Huge thanks, Lisabet! It was fun to get to analyze the book from this angle. :-)
Thanks, Sacchi and Aurelia! Digging into Book 2 this very week.

Interesting excerpt. I have no problem with an author using the same name no matter what genre she/he writes. It makes it easier to buy her/his books. Same thing with titles in a series. Having a common thread in the titles makes it easier for me to know which book goes with which series.