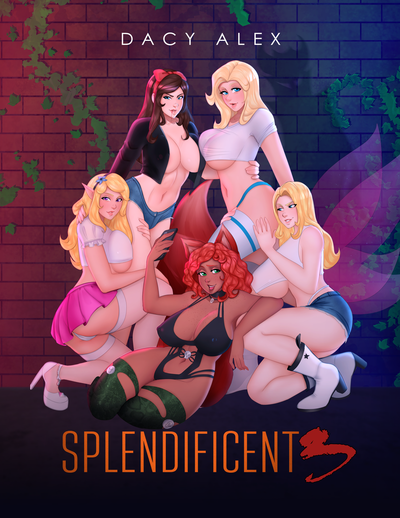 LISABET: My readers will be excited to hear that the next installment in the Spendificent saga is finally available. So what sort of supernatural apocalypse will the Hot Squad be tackling in this book?

GISELLE: You can’t talk the Hot Squad without talking about us saving the day, and this time we’re saving the earth realm from the ultimate team up! The elven Prince Gorick, the evil brother of our roomie, and Fleur’s vampire dad Saint Lazarus hook up— 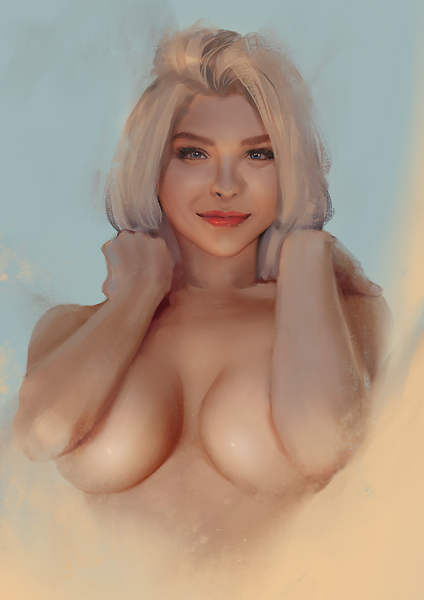 FLEUR: Which — spoiler alert — ends in a murder/suicide.

GISELLE: No, it doesn’t! And FYI, Gorick and Lazarus don’t hook up like that. They join forces in an effort to rule over the mystical country known as Golden Land!

FLEUR: Well, that’d be my version of the story. What idiots, though. Hanging out in a café in Brooklyn plotting to overthrow a Scandinavian monarchy? What if Putin said “hey I’m gonna invade Ukraine, you guys are fucked, but I’m gonna do it by invading Djibouti!” Mwhahahhah! 4D chess! Mwhahahaa!

GISELLE: Don’t count 'em out yet, gang. These guys are super mean! They put their vast fortunes together to begin mass producing a supernatural performance enhancing drug to bulk up Gorick’s power. Aaaand they start producing monsters with a hidden monster factory located in the heart of Manhattan.

FLEUR: I thought the old lady shitting in the middle of the bodega was the worse it got in New York. I didn’t even get my bag of Lays.

LISABET: So is Fleur’s dad Saint Lazarus or Prince Gorick the main villain of the story?

GISELLE: Saint Lazarus does every bad thing they report on Frontline on PBS! He human trafficks -- er, witch trafficks, specializes in drugs, engages in terrorist activity, commits treason, summons demons, and probably spends too long in the drive through making sure his order is correct.

FLEUR: I thought I’d be in a chill book series where I get to lay spread eagle and get blasted by hot studs all day. Instead I gotta cram a can of shit up my dad’s ass and make him eat it. Jeez! 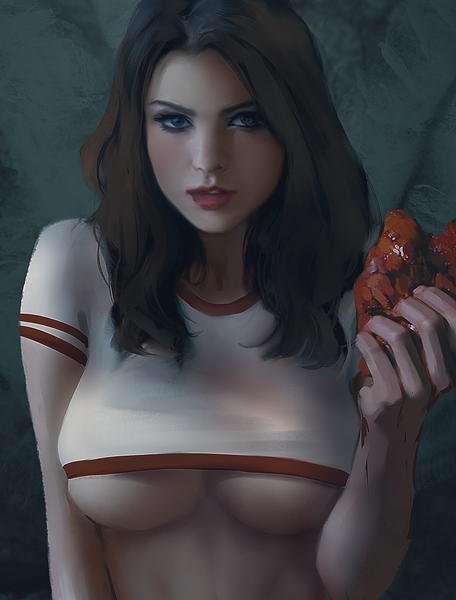 Fleur Flanagan by Trung
LISABET: Who's the main heroine in Splendificent 3?

GISELLE and FLEUR: I’m the heroine!

GISELLE and FLEUR: No, I’m the heroine!

GISELLE and FLEUR: You don’t know what you’re talking about! I’m the heroine!

GISELLE: You don’t get paid any more for being the heroine.

LISABET: Will readers meet any new characters in this book?

GISELLE: If you like your bad boys with a splash of One Direction and a little bit of he’s way too good looking to be straight, you’ll love the super samurai Arsen Holtz.

FLEUR: His super power is having a third Reich last name and being a samurai. By the way my name is Fleur Flanagan, queen of the Zulus bwhahahahah!

GISELLE: Because they’re MY panties.

LISABET: Who’s the hottest guy in the series?

FLEUR: He who lasts longest and remains hardest is the hottest so it’s certainly not my dad Laz aka the dickless wonder!

GISELLE: That’s an interesting way to talk about your father.

FLEUR: Wait until you hear the eulogy I wrote for him!

FLEUR: I dunno, it’s pretty tame this time around.

GISELLE: What about when you guys got captured and violated by that penis plant on the roof of the school’s Biology building?

FLEUR: Shit, I forgot about that.

GISELLE: Or when I went into the dream world and got super freaky with my evil twin?

FLEUR: Damn, that did happen.

GISELLE: What about when you and Sofi found creative uses for the cucumber?

FLEUR: That was a good tossed salad. Hehehhehe.

LISABET: What’s the toughest fight you guys had?

GISELLE: Do you know how hard it is to get a refund for a buggy game on the Nintendo Switch eshop? Wait for a patch they say. It’s been six months!

FLEUR: I’m assuming our interviewer doesn’t speak lame ass so she probably meant in the book. So to answer your question, I fuck an eight incher and a ten incher. At the same time.

LISABET: At the end of Splendificent 2, Fleur promises her satanic grandfather to recruit Giselle to the army of darkness? What happens there?

FLEUR: What? You want spoilers for free? Fuck that. Gimmie ten bucks and I’ll tell ya

GISELLE: You just raised the price.

Giselle Nyfall has lost a lot: her innocence, her Prince Charming Krisdane and her naughty vampire-demon BFF. Even her saved games! She’s not going to desert her Hot Squad, though, as the gorgeous gang vows to destroy Saint Lazarus of Bethany, the original vampire.

With his ancient reservoir of dark powers, Lazarus would be a formidable opponent on his own. Allied with the Squad’s arch-nemesis, the rebellious (though ravishing) elven prince Gorick, he may well be unstoppable. Even the resurrection of Giselle’s take-no-prisoners bestie (and Satan’s granddaughter) Fleur Flanagan may not be enough to turn the tide of this epic battle.

The concupiscent co-eds bounce their way from bedrooms to boardrooms to afternoon tea with Satan himself, fighting the forces of evil with equal parts wit, luck and lust. If shedding their already skimpy clothing is what it takes to save the world, these babes are ready to make that sacrifice.

“Uhhhh,” Sofi muttered staring at the bird like creatures that bounced around the expanse of the hallway that led to the Biology building roof. “It’s okay if you wet your shorts, Dusty, they are pretty scary.”

“Stupid Sofi! I ain’t peed my panties since I was in tenth grade,”

“You pissed yourself at 16 years old? I bet you were the kind of kid to lick the windows on the school bus.”

“Stupid Fleur, there ain’t no bus to take me from the fairy kingdom to the human schools!”

Princess Tristabelle regarded the movement of the bird creatures with narrowed purple eyes. “As I suspected, the performance troop dressed as birds are actually harpies.”

“You thought that troop everyone was talking about was a magical monster normally confined to Golden Land, and you didn’t think to share this theory with anyone else?" Fleur questioned.

“Ohohhoho, I wished for your minds to discover the truth on your own. Now, the chosen heroine arrives, Mistlewoe, come to me!”

The bouncing harpies barely noticed the hilt of translucent, the white crystal pommel, the winged cross guard, and the blade of ice and twisting mistletoe.

“Ohohohoh! Fear me, monsters, for I am the Allfather’s shining light!

“Waaaaaait,” Fleur said, words slurred. “We can work this shit out as extraordinary young women.”

The brunette stumbled to the forefront harpie. The creature was uglier than a staph infection. Its green eyes bulged from a human face with a nose that would make Pinocchio jealous. It posed a chin so sharp as to be absurd. The lips were fat, ugly things that covered a row of blackened teeth. The creature's wings were a mixture of puke yellow and off-white.

Yet, Fleur knew harpies craved what others valued most.

And what is more valuable to an alcoholic deadbeat mother than liquor?

“So you’re bouncing around and sort of dancing to no music. And I feel that because that fentanyl will do that to you. But here, bro, get your drink on.”

Fleur extended her bottle of tequila to the scowling harpie. Within moments, the bottle flew out Fleur’s hands thanks to a winged swipe.

“Alright, alright,” Fleur mumbled, staring at the shattered bottle. “I’m gonna handle this with the dignity of a princess of hell... ”

With that said Fleur started choking the life out of the harpie like a crooked pimp to an out-of-pocket ho.

“Onward! The stars shine upon our glory!” Tristabelle shouted as she rushed into battle.

“Oh my god, are we really fighting because Fleur is a violent drunk?” Sofi wondered, shrugging her shoulders.

Dacy Alex is an author that has also taken home several screenwriting awards under a different name. Dacy loves the possibilities of the supernatural and the inherent weirdness of the everyday world and likes to combine the two whenever possible. Dacy likes to focus his stories on new adults, which might explain why he can subsist on a steady diet of CW shows. The 100 and The Originals are the best ones, don’t @ me, bro. You know what? Legacies is pretty good. Someone watch Supergirl and tell Dacy how it is. K? THX. Dacy’s an avid video gamer; Dacy’s favorite games are Final Fantasy X-2 and Persona 4: Golden. Oh! Persona 2: Innocent Sin is the GOAT. Anime is pretty awesome too. Watch My Dress-Up Darling!! And watch Hyperdimension Neptunia!

Welcome back to Beyond Romance, Dacy!

Thanks for bringing Giselle and Fleur along to "share"...!