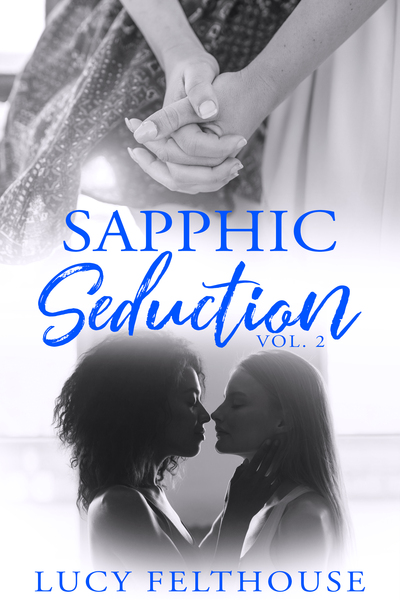 If you enjoy short, steamy tales of women getting together, then check out this collection from the pen of award-winning author Lucy Felthouse.

From Sapphic fun at the seaside to showing off by the pool, clearing out an old shed to getting the hots for musicians, and even a spot of voyeurism, this book has F/F goodness in spades. There’s something for everyone, and will have you eager to turn just one more page.

Please note: The stories in this anthology have been previously published. 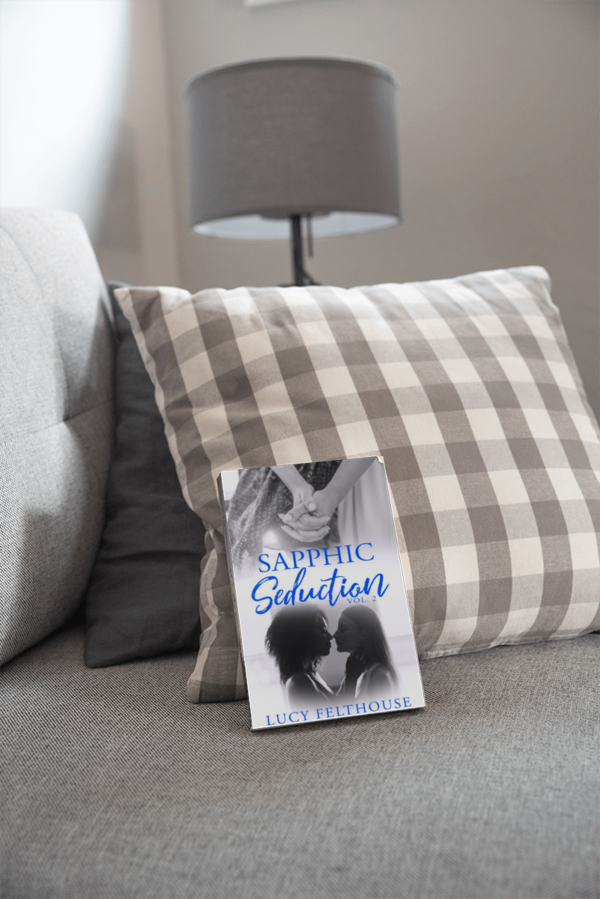 Caroline and Della walked up to the shed door, paused, and exchanged a nervous glance.

Taking a deep breath, Caroline straightened her spine and pushed back her shoulders. “Come on, Dell, we’re almost there. This is the last big job we’ve got to do. Then we can move on to the fun stuff. Like decorating and building furniture.”

“I know,” Della replied, eyeing the wooden storage space with distaste, “but it’s also the most terrifying. We haven’t got a clue what’s in there. Could be dead bodies or rotting body parts for all we know.”

Rolling her eyes, Caroline replied, “It is the most terrifying, but you might be letting your imagination run away with you a bit. I don’t think the old boy was a serial killer, somehow. He was ninety, for Christ’s sake!”

“He wasn’t always ninety. He was our age once.”

“True, but if he’d been hiding bodies or body parts in his shed for decades, someone would have noticed. The smell, for starters. And flies. Rats.”

Caroline twisted the key in the lock, then opened the shed door with a sense of trepidation. Unlike her girlfriend, she wasn’t expecting anything sinister to be lurking in the gloom. More a whole bunch of stuff they wouldn’t have a clue what to do with. They’d bought the property—their first, after renting for years—from the family of the old boy who had recently passed away. None of the family was local, so they’d offered a hefty discount on the house to compensate Caroline and Della for cleaning it out.

It hadn’t been all bad—they’d made a tidy sum from selling some of the stuff they didn’t want; including antique and handmade furniture, collectibles, and a considerable book and DVD collection. The latter, as well as piles of old photographs, which they’d forwarded on to the family, had given them a real insight into Ted’s life and the type of person he was. Which was why Caroline wasn’t worried about finding anything nefarious in the shed. He had been a nice bloke, by all accounts, fond of his family, his friends, and his work. Carpentry had been his vocation, not just his career—hence the handmade furniture they’d sold on. So, Caroline’s common sense was telling her the scariest thing they were likely to find was spiders.

She reached inside to undo the bolts holding the other door closed. After a little wrestling, but not too much, she pulled them free. It seemed old Ted had maintained the shed right up until his declining physical health had made it impossible. It must have driven him crazy to not be able to do all the things he used to. She flung both doors wide to let the light flood in and stood back.

Gazing into the cavernous space, both girls were silent for several long moments. Then Caroline turned to Della with a grin. “Well then, should we get started?”

Wide eyed, Della looked back at her. “Where the hell do we start? What is all this stuff?”

“God knows.” Caroline squinted at the piles of chaos. “Carpentry tools, at a guess. And, er, decorating stuff, and… just stuff. Normal shed stuff, see? Nothing dead or decaying in sight. It’s just a little bit dusty and very untidy. Looks like he was a hoarder. We may as well do what we did with the rest of the house—empty everything out and sort through it as we go. Figure out what we want to keep—if anything—what needs throwing away, and what we might be able to sell.”

“Not sure we’ll get much interest in ‘thingymajigs’ on eBay.” She pointed at a metal contraption with a circular blade. “I mean, what the fuck is that thing?”

Caroline stuck her tongue out at Della and stepped into the shed. “Don’t be so defeatist. Come on! The sooner we start, the sooner we’ll finish.”

An hour and a half later, they stopped for a tea break. “Fucking hell,” Caroline said, blowing on the surface of her tea, then taking a sip as she surveyed the three piles—keep, sell, dump—they’d created. “There seems to be a ton of stuff out here, and yet looking in there,” she jerked her head towards the shed, “it looks as though we’ve barely scratched the surface.”

“It’s like the fucking TARDIS in there, isn’t it?” Della replied, shoving at a plastic paint tray with the toe of her shoe.

“Hmm…” Caroline regarded the insanity, then gave a wry smile. “But it’ll be worth it in the end, though. The shed itself seems sturdy enough, so we’ll have plenty of storage space for any tools we keep, plus any gardening paraphernalia we buy…” She tailed off, letting her words sink in. Given they’d only ever rented flats, gardening hadn’t been high on the agenda, and Della had often lamented the lack of having a green space of their own.

Narrowing her eyes, Della took a couple of gulps of her drink. “Yeah… I suppose you’re right. We’ll need a lawnmower, and a strimmer, a spade, a hoe—”

“We’ve already got a ‘ho’,” Caroline quipped, wiggling her eyebrows theatrically and pointing at Della.

Chuckling, Caroline shrugged. “What can I say? I’m not very nice.”

Smirking at each other over the rims of their mugs, the pair finished their drinks in silence.

“Done?” Della asked, holding out her hand. “I’ll stick these in the kitchen.”

Caroline passed her empty mug to Della. “Thanks. Right, I’m going back in…”

Picking her way across the clear part of the floor, Caroline looked around, wondering what she should tackle next. Just then, she spotted a wooden stool with a coil of rope sitting on top of it.

All thoughts of clearing out the shed flew from her mind as a grin crept onto her face. She had a much better idea. 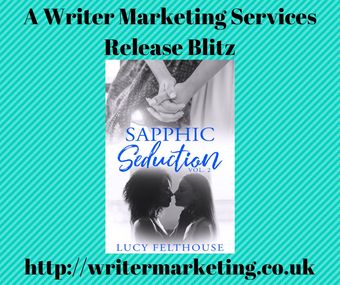 Congratulations on the new release, Lucy!