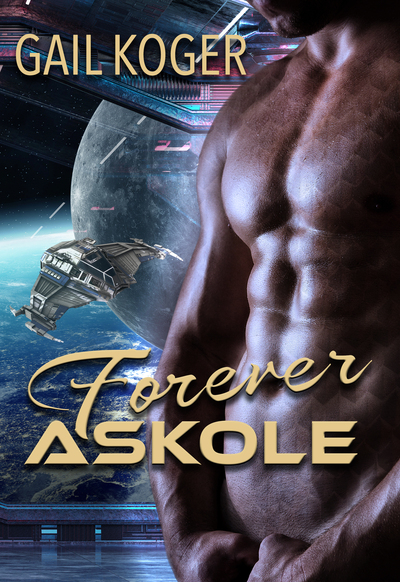 My name is Ella McAllister, I’m a psychic witch and a healer. My life is kinda nuts. Not only do I have the Coletti hunters chasing me, but now I also have a very determined Askole High Commander after me. Why? I shot his ship down and it crash landed, and it blew up. Yep, itty-bitty pieces everywhere. My bad, but his ship was a dead ringer for a Rodan Marauder, and it was my civic duty to blow the enemy spacecraft out of the sky. Wasn’t it? Any hoo, I healed his owies and boogied.

I thought that was the end of it, but oh no. For some unknown reason, Sariel, the Askole High Commander, decided I would make him the perfect mate. As if. I think the blow to his head made him completely bonkers.

Sariel informed me the mating dance had begun and there was nothing I could do to stop it. The idiot had obviously never dealt with a witch before. I didn’t have the time to play games with him, so I did a little abracadabra alakazam and ran.

Sigh. The persistent Askole found me. Now I have a decision to make. Keep running or surrender to the High Commander. He is a damn good kisser.

Would the mating dance bring two lonely souls together? Who knew?

The pilot let out a furious roar.

Huh? He had been playing possum. “Relax, you aren’t paralyzed. I just restrained you,” I explained in Galactic Basic.

I patted his chest. “Very intimidating. Add in that horned helmet of yours, and I bet you scare the crap out of most folks. Once I heal you, you can go back to terrorizing the galaxy.” I stared at his armor. “But first I need to figure out how to get your armor off.”

The word belt formed in my mind.

I blinked in surprise. He was cooperating. “Thanks.” Sure enough there was a red crystal in the center of his belt. I pushed it.

Snikt. Schlik. Schlik. Schlik. Schlik. Schlik. Within seconds his armor retracted, revealing something out of a horror movie. Holy shit! I shivered as goosebumps erupted over my body and for a moment, I was tempted to run for my life. The only Askole warriors I had seen were on the news vids and they always wore their armor. Now I knew why. Tentacles squirmed about his snakelike features. His yellow eyes were clouded with pain. Instead of skin, he had black armor-plated scales. Whoa! Big Bad’s torso was sculpted perfection. Thick muscles corded his arms and legs. Who knew black scales could be so appealing and even sexy? My eyes bugged. Oh my God! He had the biggest penis I had ever seen. Their women must have gigantic vaginas. 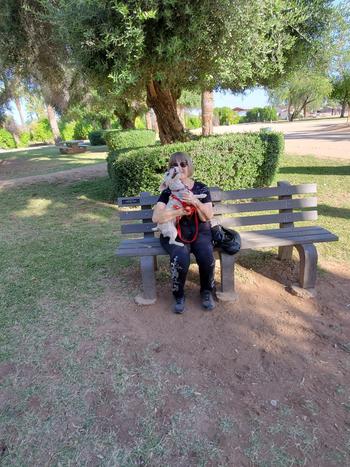 I was a 9-1-1 dispatcher for the Glendale Police Department and to keep from going totally bonkers – I mean people have no idea what a real emergency is. Take this for example: I answered, “9-1-1 emergency, what’s your emergency?” And this hysterical woman yelled, “My bird is in a tree.” Sometimes I really couldn’t help myself, so I said, “Birds have a tendency to do that, ma’am.” The woman screeched, “No! You don’t understand. My pet parakeet is in the tree. I’ve just got to get him down.” Like I said, not a clue. “I’m sorry ma’am but we don’t get birds out of trees.” The woman then cried, “But… What about my husband? He’s up there, too.” See what I had to deal with? To keep from hitting myself repeatedly in the head with my phone I took up writing.

Gail Koger will be awarding a $25 Amazon or B/N GC to a randomly drawn winner via rafflecopter during the tour.

Hello, Gail. Welcome to Beyond Romance! This book sounds hilarious... nothing like tentacles and scales to get a girl's motor running!

Love her books and looking for to read the latest in the series!

For a guy with tentacles, Sariel is a great kisser!!