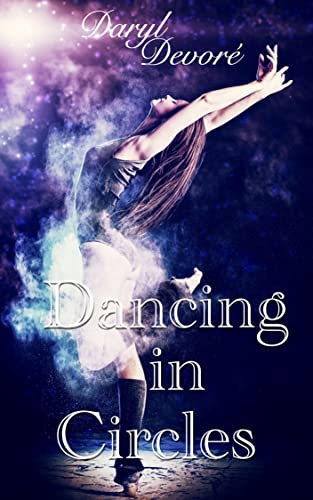 Dancing in Circles by Daryl Devore

Living in a luxurious house with her wealthy, loving family and studying at prestigious and exclusive Westland Preparatory School, Julie Anderson is aware that she lives a privileged life. She doesn’t really understand just how privileged, though, until she meets Robert Holiday, a gang leader from the dangerous, impoverished Shore area of town who has been forced to attend Westland Prep as an alternative to prison. Robert grew up on the streets, stealing to survive, selling drugs and turning tricks. He seems rough, cold and uncultured, but when Julie’s classmates ridicule, assault and falsely accuse him, he responds with surprising dignity and restraint.

Recognizing the prejudice shown by her friends, Julie comes to his defense, reaching out to claim him as a friend. Gradually he opens up to her and their friendship turns to love. But they face a myriad of obstacles as they try to navigate the twists and turns of their relationship. “Love conquers all” may be a convenient platitude, but both of them understand the risk. They’re smart enough to realize that two young people from such different worlds may never succeed in making a life together.

Daryl Devore’s young adult romance has more than a few echoes of Romeo and Juliet, and I half-expected it to end in tragedy. That’s not exactly the case, but I should warn readers that this book is too realistic to offer a happily ever after. Indeed, one of the things I most enjoyed about Dancing in Circles is the fact that it does not take the easy way out. Robert and Julie find love, but they’re both aware that their happiness is fragile. Both society and personal history will pull them apart.

Though Robert proves his worth and is accepted into Julie’s family, nothing can erase the scars of his past. He’s prickly and sensitive, moody and occasionally violent. He misinterprets kindness and expects rejection. Meanwhile, Julie’s a bit immature and understandably spoiled. Much as she adores Robert, there’s no way she can fully appreciate the hellish life he’s endured – not even after he introduces her to his gang and is nearly killed fighting a challenger who wants to oust him as leader.

Robert is a fantastic character. He’s a true hero, even though he’s no angel. He’s not easy to love, though. Julie does her best, but she’s just nineteen. I remember how intense and how confusing life was at that age.

In any case, though I’m hardly a young adult, I really enjoyed Dancing in Circles. Some of the details struck me as a bit implausible (for instance, the convenient existence of Westland University alongside Westland Prep and the remarkable open-mindedness of Julie’s family). There are also some problems with head-hopping. However, I cared enough about the characters to forgive the book its flaws. The novel is an emotional roller coaster, with some of the most romantic scenes I’ve ever read as well as wrenching sorrow. I really wanted Julie and Robert to find long-term happiness together. Perhaps they will in the next book in the series.

Note: I received a complimentary copy of this book from the author, with no commitment to review.

OMG - thank you. That was an amazing review.