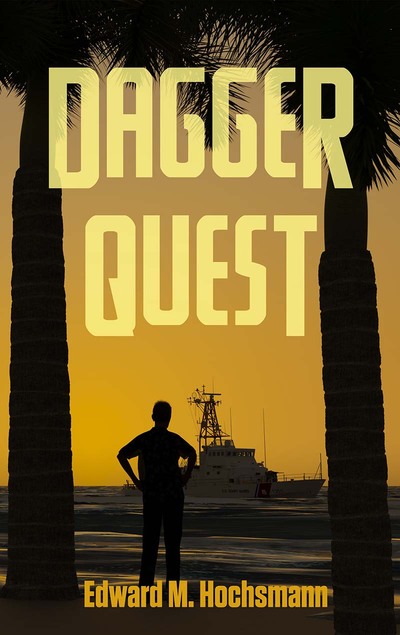 An aging Coast Guard patrol boat is all that stands between the world and nuclear annihilation!

The world is on the brink of war, with NATO mobilizing to counter a Russian threat to Poland and Lithuania and leaders openly discussing war options. In the midst of the crisis, a Russian bomber collides with a U.S. fighter off Florida causing the accidental launch of a nuclear-tipped hypersonic missile.

A Coast Guard cutter on a routine patrol finds a drug-laden sailboat smashed and adrift north of the Florida Keys. The boat’s damage is from a near miss by the Russian missile which has not harmlessly flown deep into the Gulf of Mexico as initially thought, but crashed somewhere in the Keys.

The Coast Guard crew is in a race against a vicious and powerful international crime syndicate to find and recover the Russian nuke before its discovery can trigger a nuclear war.

Exploring the friendship and teamwork of a typical ship's crew, in the face of unexpected and hazardous challenges, Dagger Quest provides a fast-paced, taut story - excellent fare for both sea adventure and military thriller fans. 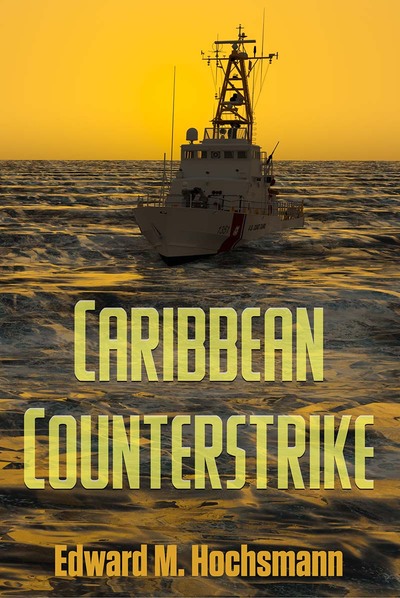 Mission: Five days to destroy the enemy in the Caribbean before a catastrophic weapon is unleashed—but all he can think about is the woman he left behind…

The deadliest nerve gas ever made has fallen into the hands of a murderous Caribbean drug cult. The criminal 252 Syndicate has the gas in a secret lab on an oil rig servicing ship, but the ship has been taken for ransom by the Salinas Cartel in a violent drug war. The U.S. can’t use airstrikes and calls on Coast Guard Officer Ben Wyporek to lead his crew through a risky covert raid on the Salinas cult’s fortified island base. He accepts the assignment, but remembers a previous lethal encounter with the 252s and struggles to say goodbye to the love of his life, Victoria Carpenter.

Ben and his crew aboard the stealth-equipped Cutter Kauai must sneak into the harbor and tow the ship away. But if Kauai is detected and defeated, death by gas or at the hands of vicious adversaries will follow. Now, every decision Ben makes will determine the fate of his entire crew—and the chances of reuniting with Victoria.

This second book of the series builds on the friendships and teamwork of Kauai's crew, this time in the face of several challenging missions and one potentially lethal encounter. It is a worthy sequel to Dagger Quest that sea adventure and military thriller fans will enjoy. 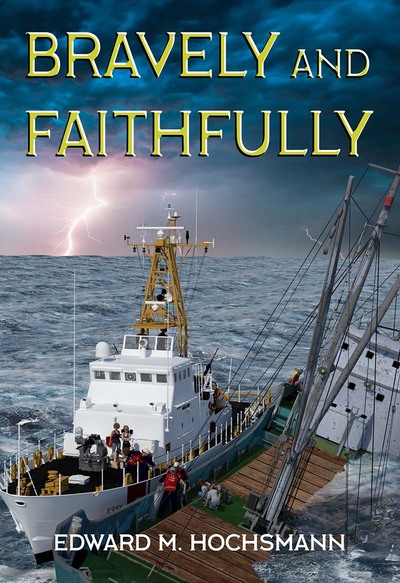 Young Coast Guard Lieutenant Haley Reardon has not even gotten her feet on the ground on her new patrol boat command when she finds herself and her crew supporting a dangerous covert mission. They must insert and retrieve a Defense Intelligence Agency operations team trying to seize a transnational criminal syndicate boss from a small Caribbean island controlled by a front company of the Chinese government and protected by a superior military force.

A honeymoon period would be lovely, but, as always, the world gets a vote.

Can Haley avoid leaving the DIA team to their fate, when attempting to rescue them could destroy her crew and boat and lead to war?

This third installment of the series conveys the humor, friendships, and teamwork of Kauai's crew from the previous books, with a new series of exciting actions from search and rescue to combat. The crew and their new skipper must come together for the toughest mission they have ever faced.

The 252s launch a chemical attack on Ben and Simmons on Resolution Key:

Ben had already spent one magazine and slammed another into the carbine, resuming fire. His pistol was also charged and ready. Suddenly, there was a pause in the firing, and all the targets were out of sight. Ben glanced left along the barrier and froze in shock. Bill was sprawled out face up behind Simmons, eyes open and blood leaking from a hole in his forehead.

Ben whirled back to peer at the SUVs and whispered, “What are they doing?”

“Retasking,” Simmons said, pulling a small package out of one of his pockets. “They’ll try to take us now for interrogation.”

“No, I mean, whatever you have to do, DO NOT get taken by these guys.” He looked Ben in the eyes. “Nothing would be worse, believe me.”

Some activity behind his SUV attracted Ben’s attention. There was a “whump” sound, and a grapefruit-sized object sailed overhead their position.

Ben turned and buried his face in the sand when a loud “pop” sounded overhead, followed by a “whir” and a stabbing pain in the back of his right leg. A severe muscle cramp-like pain spread over his body within seconds, and he could not move. He tried to shout in terror, but all he heard was, “Ahhhhhh!” He felt another prick in his neck, and the pain subsided, although he still could not seem to get his muscles to work.

“It was a micro-flechette with a tetrodotoxin derivative. I’ve given you the antidote, but it’ll be about thirty seconds before it’s fully effective,” Simmons whispered as he pulled the now empty syrette out of Ben’s neck. “Fight it! They’ll be rushing us in a few seconds—you need to be shooting.” 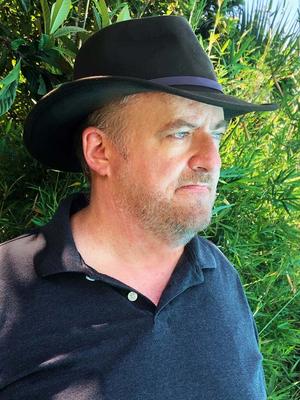 Edward Hochsmann is the pen name of a retired U. S. Coast Guard search and rescue and law enforcement professional. The veteran mariner, aviator, college professor, and defense analyst has added “author” to his list of experiences. Ed likes reading, police procedurals, contemporary music on the road, and classical music in the office. After a career traveling from Australia in the west to Italy and Germany in the east, Ed has settled into a quiet life in the Florida Panhandle to focus on writing (and not shoveling snow!)

Ed has three novels in the Cutter Kauai Sea Adventures series about a Coast Guard patrol boat assigned to "special" missions. Dagger Quest takes place in the Florida Keys and involves an aging Coast Guard patrol boat dragooned into a search for a lost Russian nuclear weapon in a time of international crisis. The second, Caribbean Counterstrike, features the same patrol boat and crew, now with equipment and training upgrades, sent to recover a deadly nerve gas from a murderous Caribbean drug cartel. Bravely and Faithfully has Kauai, under a new captain supporting a covert raid on a Caribbean island held by the Chinese.

This sounds like such an exciting series, if given the chance would you like to see your books turned into movies?

Hello, Ed. Welcome to Beyond Romance. I had a hard time picking an excerpt for this post. They were all exciting... and they really had the ring of truth.

I hope your tour is going really well. Thanks for being my guest.

It makes for a great story especially when incorporating autobiographical info in.

Wow, thanks everyone. I'll answer Bea first. Of course I would like to see them made into movies. Given the success of "Top Gun: Maverick", I think they would do pretty well too, in my UNBIASED opinion, of course. ;)

The stories are all designed with high verisimilitude, while still being interesting and exciting. To that end, I toned down the jargon and language from what you would normally hear in conversations aboard a cutter, while still preserving the usual banter and good-natured jokes and ribbing. The operations depicted are all plausible within the capabilities of the people and technology, although it would be very unusual for a single crew to see this much action.

I enjoyed reading the excerpt and Cutter Kauai Sea Adventures sounds like exciting, edge of my seat reads to share with my dad!

Thanks for sharing them with me and have a splendid day!

These all sound really good!

Thank you! I'll pass it on to SpudzArt.

Do you have any exciting plans for the weekend?

WOW fabulous, believable content and so much truth reflecting the world is actually dealing with these days! Well done! Continued success with books and follow-up (Movies maybe?). (reviewer) S. Reddom

Thanks, Maryann. I'll pass it along to SpudzArt

Thank you everyone for your kind words! Sorry for me tardiness, just wrapped up some hurricane preps - a downside of living in the sunshine state. I appreciate all the comments on the covers - they are one of my biggest stressors since it is often up to them to make the sale. As far as making the stories into movies, I would love to see THAT day!

All of the books caught my attention.