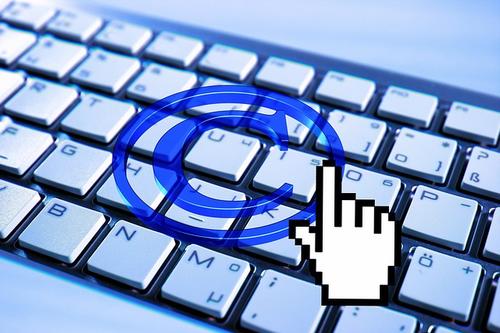 Almost every author I know writes first and foremost for personal satisfaction. There’s something addictive about capturing your visions and passions in a story. At its best, when you’re in the flow, the process of writing itself can be intoxicating. Sentences and paragraphs spill onto the page, almost like magic. You’re lost in a world of your own creation, focused on the transformation from idea to expression. Everything else slips away.

After you’ve written your story, you get the ache to share the products of your imagination. With the advent of self-publishing, it’s delightfully easy to make your opus publicly available to anyone wants to read it. And every royalty payment or positive review rekindles the spark of excitement. Someone likes my writing enough to pay for it! What a heady concept!

Of course, there are plenty of writers for whom the money is a major motivator. I have a few author friends who make a significant fraction of their income from sales. Still, I doubt they’d continue in this arduous endeavor if they did not enjoy the act of creation. After all, there are many more lucrative professions. When you do the math, you find that even highly successful authors earn a pretty pathetic hourly wage.

Once you start publishing and receiving payment, however, writing becomes more than just fun. You now have to concern yourself with the business and professional aspects of publishing: contracts, accounting, taxes and all that – all the boring legal stuff. I think it’s safe to say that nobody likes this aspect of being a writer. Certainly I’d rather completely ignore these issues, and just write thrilling smut.

Alas, if we want to publish, we can’t.

I got a wake-up call this past month that hammered this truth home. I’ve been spending what scarce writing time I have on my WIP, the third book in my steam punk erotica series the Toymakers Guild. During the first part of 2022, I reclaimed the rights to a number of my romance titles and re-released them, but the remainder won’t become due for reversion until next year. So I haven’t published anything in months.

A few days later, I received an email from Amazon, asking for evidence that I owned the rights to this story. I’m not sure if they found the story in the anthology where it originally appeared (The Mammoth Book of Threesomes and Moresomes, 2010, edited by Linda Alvarez, Running Press) or if they have my story confused with some other tale with the same title (alas, there are many). Either way, they wanted me to prove it was mine.

I discovered that I couldn’t.

I have a file which I believe contains every paper writing contract I’ve ever signed, and a folder on my hard disk with all the digital contracts. I did not find a contract for this anthology in either location.

Is it possible there never was a contract? Sure. Those of you who’ve been around since the early part of the century may recall that Maxim Jakubowski, who edited the Mammoth Book of Best New Erotica series, not only neglected to provide contracts but occasionally reprinted stories without the author’s permission! Maybe this Mammoth Book followed the same sloppy practices.

On the other hand, it’s also conceivable that I’ve lost the contract. Not likely, but I can’t rule this out.

Anyway, I tried to locate the editor (no luck). Then I tried to contact the publisher to ask for a letter certifying that I owned the rights. It turns out that Running Press was acquired by Perseus Books, which was later acquired by Hachette, a huge juggernaut of a publishing company.

Their website says that people with questions about rights should use the web contact form. I followed their instructions. Needless to say, I have not received any response. Why should they bother to answer an individual author inquiring about a publication twelve years ago, in a book that’s currently out of print?

So, ultimately, Amazon refused to publish Goldberg Variations. There’s nothing I can do. Well, I suppose I could try telephoning Hachette long distance from Asia... or sending them a registered letter. But honestly, I don’t have the time (or the energy) for that sort of thing. It’s just an 8K short story, and I’d rather devote my scarce resources as Lisabet to creating new material.

Still, it’s a lesson. I should have been more conscientious. I should have insisted on a contract, if one was not offered. I should have made sure I got a copy with signatures by both parties, then stored it in the correct file.

I should have paid more attention to the boring legal stuff.

It’s hard to force oneself to do that because... well, it’s boring. But unfortunately, important.