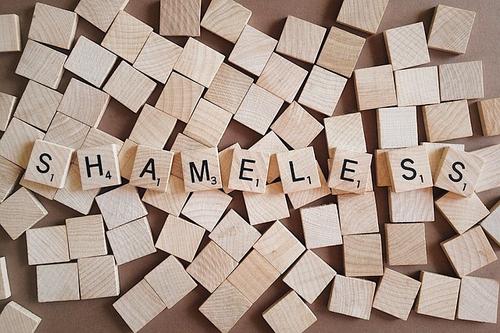 Image by Wokandapix from Pixabay

One word I love is “wench”. The term is sometimes used in a derogatory manner, to refer to a prostitute. It is also applied to female domestics. Nevertheless, for me, it has positive connotations. A wench is a woman who’s not shy about expressing herself sexually. Unencumbered by social convention or false morality, she’s willing and ready for almost anything. Still, a wench is not necessarily a slut (not that I have anything against sluts, or the word “slut” in fact); she has a bit more self-control and tends to be more concerned about pleasure per se than about breaking taboos. The archaic meaning of serving girl also makes “wench” highly appropriate in D/s contexts.

I tend to use “wench” as an affectionate or commanding epithet directed at a randy female character.

Meanwhile, saliva gathered in her mouth as she imagined running her tongue along that elegant shaft and pursing her lips around the delicate curves of the bulb. Before her rational side could assert itself, she replaced the catalogue on the table, seated herself in his chair and beckoned him closer. “This floor’s too hard for kneeling,” she told him as she grasped him at the base and squeezed. “Plus I don’t want you to think you’re above me.”

She leaned in and flicked her tongue over his cockhead.

He groaned. “Whatever you want, wench! But please, don’t make me wait!”

Another beloved word is “wanton”, which according to Merriam-Webster means “lewd; bawdy; lustful; sensual”. All good alternatives, I’ll admit, but for some reason “wanton” has a special attraction, implying as it does a state of desperate, barely contained arousal.

Kate stood before the mirror, legs slightly apart, hands on her hips. She was breathing heavily—she watched her breasts rise and fall. Her nipples were round and rigid, the size and shape of ripe olives. She imagined Gregory taking one in his mouth, and shivered. The dark leather around her throat made her creamy skin seem even whiter. The studs on the collar were red with reflected light, as if this emblem of submission were encrusted with rubies.

She gazed at her face, trying to recognize herself. The expression was strange, desperate, wanton. Her chest hurt from the pounding of her heart.

Of course, given my love of alliteration, I have a special fondness for wanton wenches.

Another word I adore is “shag”. Alas, I don’t get to use it all that often, given that it really only sits comfortably in the mouth of a British character (and a moderately contemporary one at that). In my opinion, “shag” is a good deal sexier than “fuck”. The former implies a sense of mutual fun that isn’t always present in the latter. When one character fucks another, the first is the aggressor. The second or might not be an equal participant. Sometimes, of course, I want that asymmetry, but often I want to convey the important point that a scene is about reciprocal pleasure. Shagging may lead to romance, but in the midst of a shag, that’s not the point at all. It’s very much about being in the moment and enjoying the delights of an enthusiastic sexual partner.

Then there’s “lascivious”. This word, too, means “lewd” or “lustful”, and is often used pejoratively, but for me, it’s a more nuanced description than either of the shorter synonyms. It can apply to a state of mind or a construction of the imagination, as well as to an overt action.

The studio was as crazy as always. She slipped easily into professional mode, joking with the cast members, giving orders and answering questions, shoulder holding her phone to her ear half the time.

Hugo loved the script. Her co-producer was a trim, energetic guy a few years younger than she was, with sparkling blue eyes, a ready laugh and a reddish-brown ponytail. Lauren had always thought him attractive, but today she struggled to keep her hands off him. It was sweet torture, standing close to him as they watched the rehearsal. Things weren’t much better with Daniel, the director, a dark and intense New Yorker with eyes that could bore into your soul. She’d fantasized about fucking him more than once. Now all those lascivious images came back to haunt her.

~ From The Slut Strikes Back

Dylan jerked his straining rod, humping his hand as he imagined Rafe flipping him over and spreading his butt cheeks. Nothing felt as fine as having Rafe buried in his ass, driving deeper with each stroke. They were perfectly matched. Dylan loved a bit of rough and Rafe enjoyed playing the brute, reaming him to the edge of damage—but never beyond.

He needed that now. He needed the physical sensation, to match his fantasy of being filled. Drawing his knees to his chest, Dylan wormed a finger into his hungry hole. All that did was whet his appetite for more. He tried two fingers, then three, but it still wasn’t enough. On his own, he couldn’t begin to compete with the sensation of Rafe’s cock stretching him to the limit.

I’m sure most erotica authors – and readers – have favorite dirty words. I’d be curious to know about yours.

Posted by Lisabet Sarai at 6:38 AM