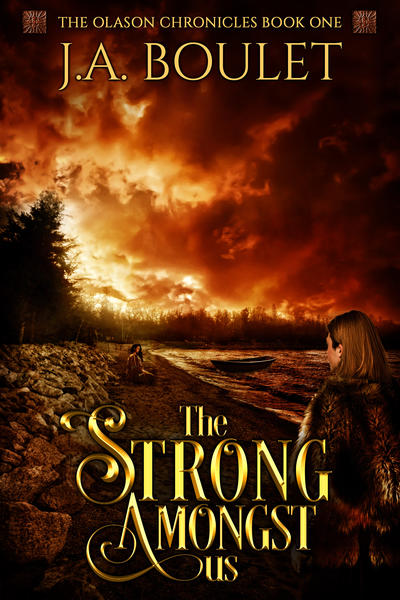 An epic 1875 immigration saga. A love story. An epidemic.

On a fateful day in October 1875, Nathan Olason steps foot onto the soil of a new foreign country called Canada. With natural sand beaches and breathtaking sunsets, it has been nicknamed paradise. Except it proves to be anything but.

With storm surges, emerging governments, racism and dwindling food supplies, Nathan and his family struggle to stay alive in this foreign wilderness. With the help of a beautiful Cree woman named Anwa, they learn to fish and hunt, surviving against all the odds.

Then just when they think they have prevailed, tragedy strikes an ominous blow, a smallpox epidemic that decimates villages, quarantines the town of Gimli, but most of all threatens to claim what he holds dear the most.

Be one of the last men standing. Follow Nath on a heroic journey of immigration, manhood, immense love, resilience and perseverance beyond anything we know.

He stared at the beautiful sun, peering over the horizon of gentle waves. The coldness stung, but he embraced it. The lake was much calmer today. He loved it actually; luck was on his side. They would most likely be able to send the funds request of the remaining five-thousand-dollar loan to the Dominion today by boat.

A movement caught his eye. Someone was pulling in a larger boat. He stood and used his hand to shelter from the sun. He squinted into the bright rays. It was just one person, pulling in the boat. He strapped his boots on and scurried over to the dock.

“Hey, do you need a hand?” Nathanael shouted as he approached.

A woman’s voice lilted into the air, gentle but full of strength. “No, I am okay.”

“No, I must! Let me help you,” Nathan insisted.

She looked at him stubbornly, shook her head and relented. “If you must.”

Nath grabbed the rope and helped pull in the boat, anchoring it along the sand. “Is this the boat that will be taking the letter to the Dominion for us today?”

“It is, yes,” she replied. “Sorry for my English. I am still learning.”

“You are native to this land?” Nath asked. “How long have you lived here?”

“You remembered my name?”

History comes to life in J.A. Boulet’s debut novel The Strong Amongst Us. In vivid, sometimes heart-rending, detail, Ms. Boulet chronicles the struggles of a group of Icelandic immigrants who came to Canada in the 1870’s, fleeing volcanic eruptions in their own country that had devastated their homes and their farms. Manitoba, their destination, was a beautiful but sometimes cruel wilderness and their settlement of Gimli, on the western shore of vast Lake Winnipeg, a fragile outpost of humanity. Violent storms, life-threatening cold, famine and disease all threatened to erase their dream of New Iceland.

The novel unfolds through the eyes of eighteen year old Nathan Olason, who leaves his mother and sisters behind to travel with his father and cousins to their new land. The Icelanders are tough and hard-working, but they’re scarcely a match for the challenges of the Canadian frontier. Nath becomes friends with a young Cree woman named Anwa, who teaches him how to hunt, to fish, to survive and to thrive in the land of her ancestors. Little by little, their friendship blossoms into a great love, but they must overcome the racism of his family and the colonialist politics of the province if they’re to be together.

I really enjoyed The Strong Amongst Us, partly because I’d previously known nothing about this chapter in history. The author herself lives in Gimli; she knows the land she’s describing, simultaneously exquisite and harsh. I was touched by Nath’s growth into maturity and leadership, as well as the sorrows he must endure.

The style of this novel struck me as somewhat amateurish, with its linear structure, unsubtle declarations of emotion, and frequent POV slips. Still, the sincerity of the author’s concern for her characters shines on every page. Despite a certain lack of craft, the reader is swept up in the dramatic events swirling around Nath and Anwa. I also appreciated Ms. Boulet’s unvarnished honesty about sex. She does not shy away from exploring the intensely physical bond between Nath and Anwa. I applaud her frankness.

Although The Strong Among Us has a romance subplot, it lacks the happy ending required to make it a romance. Instead, we’re left with a far more nuanced and realistic picture of a life filled with adventure and labor, tragedy and joy. The author has succeeded in re-imagining this possibly forgotten story,understand the risks taken and the dangers faced by immigrants in their quest for a new home. 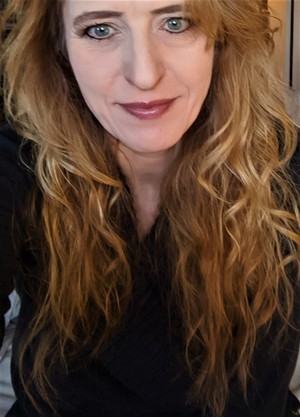 J. A. Boulet is the passionate author of The Olason Chronicles, a historical saga of immigration, love and perseverance. The Strong Amongst Us Book 1 was released on Amazon in April 2020. She was born and raised in Western Canada as a first generation Canadian from European descent. Her parents landed in St. John’s, NFLD as refugees in 1956, a direct result of the Hungarian Revolution. J. A. Boulet was born many years later, raised in a strong Hungarian culture and proudly calls Canada home to this day. She started writing poetry at the age of five and progressed to short stories and novels. She has a keen interest in history, healing, family bonds and embracing the unknown. J. A Boulet writes with a spine-tingling realism like none other, grabbing your emotions and refusing to let go. The Strong Within Us Book 2 was released on November 11, 2020.

J.A. Boulet will be awarding a $15 Amazon/BN GC to a randomly drawn winner via rafflecopter during the tour.

Thanks for hosting my book today!

The cover is gorgeous. The colors caught my eye!

Welcome to Beyond Romance, J.A.!

I not only enjoyed reading your book, I also learned a great deal. You had me poring over maps of Manitoba. I had no idea Lake Winnipeg was so enormous. I was also struck by how much of the area is still protected and very sparsely settled.

Yes, Lake Winnipeg is still to this day a dangerous lake in the northern areas. The local fishermen will bluntly tell you if you go too far north, you'll die! Lol

I'm thrilled that you've felt so compelled to research the area. It truly is an amazing historical place.

I am going to my summer cottage in a few weeks! (To work on an emergency unfortunately but nevertheless) The area of Gimli and lake Winnipeg is very raw and beautiful 💕

That is one amazing cover!