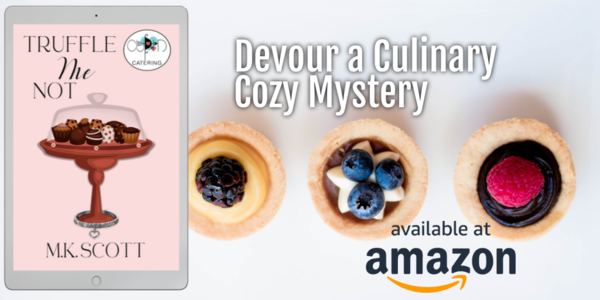 The future of Cupid’s Catering Company hangs in the balance. With a rival bakery, owned by the queen of all mean, rich girls, Della is at a distinct disadvantage.

Della hinges her financial future on winning the local truffle contest. As if there wasn’t enough on her mind, additional problems arise, including missing cats, jewel thieves, and her desperate attempt to find the incredibly kind man who’d lent her hand when she had tire trouble.

Can she solve all these problems and find time to whip up a cookbook at the same time?

Donning rubber gloves, Della tackled the dirty dishes, indulging in an impromptu trip down memory lane. Even though it was more than a decade ago, every now and then, the memories of not quite fitting in no matter what she did came back. Her school broke down into cliques with the predominant ones being jocks, popular kids, and the hipsters, plus everyone else that didn’t merit a label. As for the jocks, their name said it all while the popular kids were a little harder to define. Sure, it was easy to know who they were, but what made them popular was difficult to pinpoint. Most came from powerful, affluent families that usually had a member on the school board. This often translated into starring roles in the school play or being on the first string in athletics.

Thanks to a cyber security assembly in middle school at which her father presented the other students knew her father as that cop. It resulted in Della getting the side-eye now and then, especially if other students happened to be talking about underage parties. Every party that was busted somehow got laid on Della’s doorstep. Never mind the fact her detective father didn’t take noise complaints associated with teen parties. They assumed she told. Not sure how they came to that conclusion, when she’d never been invited. Not once did the partiers ever consider that deafening music, the abundance of cars, and raucous behavior might have resulted in irate neighbors calling the police.

Some kids might have let it go, but not Lacey. Just her name had Della gritting her teeth. Small town life had its share of mean girls who aged into entitled, mean women. Lacey had to be the queen of them all. For most, being beautiful, wealthy, and the topic of most conversations would be enough. Even with everyone treating the woman like royalty, Della could tolerate it if her royal meanness stayed far, far away.

That was why a woman’s condescending tone reaching into the kitchen and might as well pinched Della. “Oh, how quaint!”

Her head jerked up, and the pan slipped from her fingers. A shiver raced up her spine. No, it couldn’t be. Better check it to be sure. There had to more than one snotty female in town. Her athletic shoes allowed her to creep across the kitchen floor without making a sound. Whoever was out there would say something else, dispelling the possibility it was Lacey. Why would Lacey even visit her modest bakery? 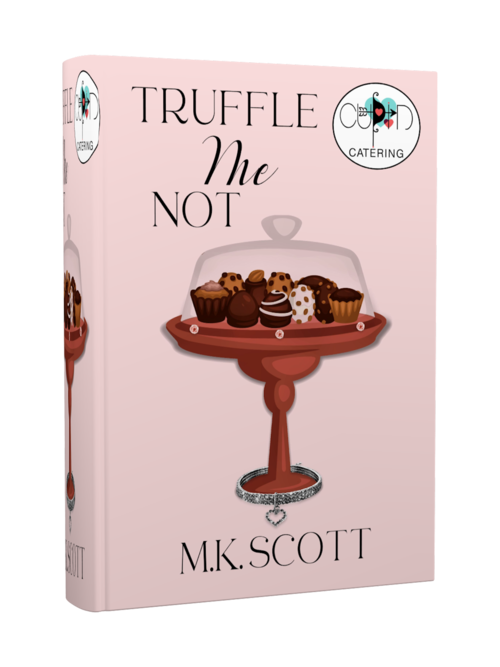 M. K. Scott is the husband and wife writing team behind The Painted Lady Inn Mysteries and The Talking Dog Detective Agency. Morgan K Wyatt is the general wordsmith, while her husband, Scott, is the grammar hammer and physics specialist. He uses his engineering skills to explain how fast a body falls when pushed over a cliff and various other felonious activities. The Internet and experts in the field provide forensic information, while the recipes and B and B details require a more hands-on approach. Morgan’s daughter, who manages a hotel, provides guest horror stories to fuel the plot lines. The couple’s dog, Chance, is the inspiration behind Jasper, Donna’s dog. Overall, both are fun series to create and read.

M.K. Scott will be awarding a $40 Amazon GC to a randomly drawn winner via rafflecopter during the tour.

So pleased to have you back at Beyond Romance! This sounds luscious.... ;^)

Thanks for hosting Truffle Me Not on your lovely blog.

The title and description have my attention!