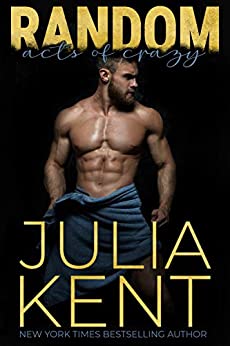 Darla Jo Jennings lives with her disabled, diabetic mother in a broken-down trailer in rural Ohio. She drives a rusty Toyota with holes in the floor and makes her living at the local gas station. Though Darla’s got dreams like every young woman in her twenties, she’s enough of a realist to know her future will probably be as uninspiring as her present. Then she encounters a gorgeous but confused young man by the side of the road, wearing nothing but a straw hat and a guitar covering his privates. When she picks him up (because obviously she couldn’t just leave him there), she realizes, through her fog of lust, that he’s Trevor Connor, lead singer for her favorite indie band Random Acts of Crazy.

Music is Trevor’s escape from his regimented, privileged life in Massachusetts. Supposedly he’s headed for Harvard Law School in the fall, fulfilling his family’s expectations, but the band is what brings him joy. When he steals and consumes his friend and band mate Joe Ross’s peyote, he’s making one grand gesture of protest against his pre-determined yuppie fate. How he manages to transport himself more than 600 miles to Ohio is a mystery. Perhaps it’s destiny.

Darla’s hard-scrabble world is so different from what he’s used to, it might as well be another planet. And Darla herself – lush and curvy, frizzy-haired, funny and blunt – is like no woman he’s ever met. Their mutual attraction leads to a coupling both intimate and intense. They’re both dreading the inevitable, soon-to-arrive moment of good-bye, when Joe shows up to rescue Trevor, only to fall under Darla’s spell himself. The energy flowing among the three of them feels real, powerful and strangely healthy and Darla’s honest enough to give in to her feelings, even if a threesome with two men from a different universe seems totally crazy.

Julia Kent doesn’t need another rave review for Random Acts of Crazy. Eight years after its original publication, the book is ranked 811 in the entire Kindle store, number 6 in Comedy and number 18 in Women’s Humorous Fiction. Nevertheless, having snagged a free copy of this novel in a recent promotion, I have to add my voice to the overall chorus of praise.

I loved Random Acts of Crazy, from beginning to end. It’s billed as a comedy, and it does have its funny moments, but what impressed me most was the out-of-the-box yet thoroughly believable characters and the steamy yet tender sex. Trevor’s and Joe’s culture shock is stark and vivid. Darla’s attempts to remain practical while falling ever deeper in love touched and moved me.

This is definitely Romance with a capital R. At the same time, the book is fresh, original and not afraid to take risks. Reverse harem is all the rage now, but when Ms. Kent penned Random Acts of Crazy, I believe this sort of three-way scenario was far less common.

I've read at least one of the later books in the Random series, and to be honest didn’t like it as well, because it portrayed Darla as too ditzy to be believable. That’s not the Darla we see in this book. She may be prone to gaffes and have little social finesse, but she’s a strong, resourceful woman, a deeply appealing character. It’s no wonder both Trevor and Joe fall in love with her.

Wow, such high praise from you must mean this needs to go onto my ever-growing TBR list. Sigh. Honestly, you're going to put me into the poorhouse, lady! LOL.