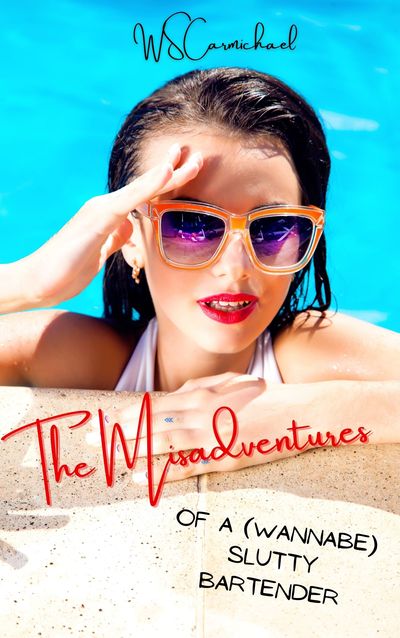 As times change and social norms evolve, being called a slut no longer carries with it the negative connotations it once did. For many, a slut is merely a woman who chooses to reject the patriarchal ideology that a woman touched is a woman ruined while men are free to dip their wick in any willing receptacle without damage to their reputation or social standing. What was once a shameful label is now looked at as a symbol of pride by some.

The Misadventures of a (Wannabe) Slutty Bartender is a story about a woman empowering herself (or at least attempting to) by no longer allowing anyone to tell her how she should behave or how she should conduct her private life. The main character, Ava, has been turning herself inside out for several years trying to become the person her fiancé and his stuffy parents would approve of. When her engagement collapses in a heap of shock and lies, she realizes she has lost herself in the outdated and suffocating perception of what makes a woman valuable. In an effort to regain her essence, she embarks on a mission to embrace life my having a series of one night stands. She theorizes the only way as a young, single woman to recapture her lost zest for life is to welcome all Vegas has to offer, including casual sex. It isn’t the sex she is necessarily after, but instead she is chasing the freedom to decide what – and who – she does and when she does it. Unfortunately for her, her escapades rarely live up to her fantasies. Each attempt is more hilariously disappointing than the last, thus making her a wannabe slut. Don’t worry. She eventually gets the HEA all women deserve.

Make no mistake, I am in no way advocating the women of the world suddenly start tossing their cooters at every man passing by. In addition to being an author, I have also been a nurse for over twenty years. While I am all for women having total control over their goodies, my medical training demands I urge you to use good judgement and be safe.

Whether you have one partner or a hundred, you deserve to be valued for the awesome and beautiful person you are.

Ava Moreland has it all planned out. In two months, she will marry her fiancé, Tim. She’ll continue working at Vegas’s famous Cosmopolitan bar while he runs his father’s accounting firm. Soon they’ll start a family and she’ll have the white picket life she’s always dreamed of.
Or not.

When her fairytale engagement implodes in a devastating display, Ava embarks on a quest to reclaim her identity and feminine prowess – by sleeping her way through Las Vegas. With her best friend, Jarrod, acting as wingman her plan is foolproof.
Or not.

Nothing goes as planned with hilariously disastrous results. Her sexual misadventures will keep you in stitches as Ava searches for herself in Sin City, finding herself and her happily ever after in the unlikeliest of places.

“Well, it sounds bad when you put it like that.” I shrug. “You’re misunderstanding the point.”

“Is the point to see how many STD’s you can rack up?”

Jarrod shakes his head, leaves me sitting on the sofa alone and goes into his bedroom.

“I thought you’d be totally on board!” I shout to his closed door.

I mean, seriously. It isn’t as if I told him I was going to lay spread eagle in front of The Bellagio holding a sign reading ‘Free Sex’. While I’m not the type of girl to throw her cooter at every guy passing by, I see no reason to be a total prude either. I’ve decided to explore the world of one-night stands. I get hit on all the time at work. What’s so wrong with taking someone up on the offer if I find him attractive? I am no longer beholden to anyone.

A few minutes later, Jarrod jerks his door open. “Ok. I’ve thought about it. You can do this, but you need a chaperone.”

“I don’t need a chaperone.”

“Ok, A wingman, then. I’ll be personally vetting your selections to make sure there’s no psycho vibes.” He plops down next to me on the couch. 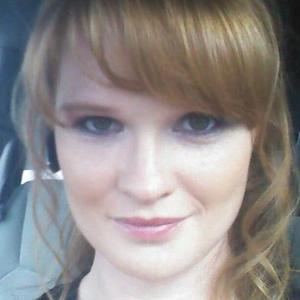 WS Carmichael is attempting to write the world into romantic bliss one novel at a time. Based in upstate NY, she travels as often as her hectic schedule will allow. When she isn’t busy writing, she’s a mother, nurse and avid sportswoman.

WS Carmichael fell in love with romance at an early age when she would sneak Harlequins from her mother. A voracious reader, she eventually made the jump to writing.

Writing is her passion and she’s always jotting down new storyline and character ideas. Often, her characters take on a life of their own and don’t always cooperate with her plan for them. Creating well developed, strong alpha male characters that don’t fit into the typical romance hero mold makes her novels exciting and relatable. A woman who believes whole heartedly in happily ever after, she gives her heroes the heroine they deserve.

You can check out her blog and find out more on her website:

WS Carmichael will be awarding a $25 Amazon or Barnes and Noble GC to a randomly drawn winner via rafflecopter during the tour.

Good morning! Thank you for hosting me on your awesome blog! I’ll be popping in and out throughout the day to answer questions. Ask away!

As soon as I saw your title, I wanted to host you. It's time to reclaim our sexual freedom and stop pretending to be "nice" girls!

The sexy and colorful cover is what first grabbed my attention and drew me in to read the excerpt & blurb... Definite HOTNESS rating for this one!!!

Intriguing and already on the edge of my seat to see what happens next! reneela2000(at)gmail(dot)com

This looks so fun!

Happy Friday, thanks for sharing!

...finally a solid read about real people who express real thinking/feeling...supported in the backgrudn by some real friends....I am on the hook to finish reading this one soon! Thanks for the preview!

Great title and the story sounds very interesting. In our crowd "Slut" is not a bad word either! More as a badge of honor.

I love this post! Thanks for sharing your perspective, which I agree with and much appreciate, and all the best with the book!

If you're a regular reader here, you know that Lisabet has used the word "slut" in her titles also. Why not? I embraced the name a long time ago, when I was in college, and busy sampling any interesting men I met. What's sauce for the gander is certainly sauce for the goose as well. And it never stopped me from finding my HEA--we've been together almost 40 years. So much for "no one marries a slut." Um, yeah, some do. I'm proof!

I'm also way on board with your caveat that since you're a nurse, you want folks to be safe while sampling. I always mention birth control and regular check-ups in my romances. That's why I only write Contemporary--sex without birth control is WAY too scary!