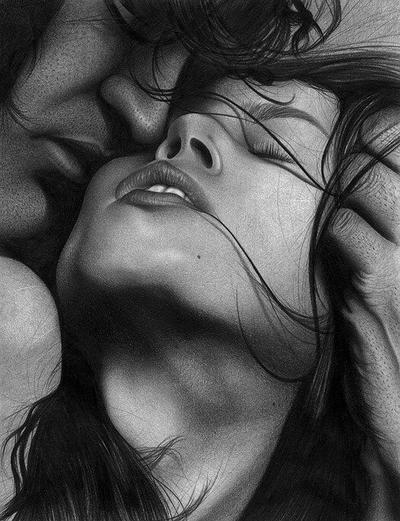 Image by Dayron Villaverde from Pixabay

Sex is boring. A strange claim, you might think, from someone who has been publishing erotica for almost two decades. It's true, though. I'm really not interested in the physical aspects of sexual encounters, tab A fitting into slot B, all the sweat and the groans, the stickiness and the wet spot on the sheets. What fascinates me is desire – the mental/emotional experience of wanting someone sexually. In less polite terms, lust.

Lust is supposedly a deadly sin. That's because, at its purest, it can overwhelm everything else: self-control, reason, responsibility. Lust acts like a drug, heightening the senses, intensifying every experience, swinging your mood into the highest highs or the most profound lows depending on whether it is reciprocated and consummated. Lust might lead to sex, but it might not. As an author, I find it interesting either way.

I've probably written at least a hundred sex scenes in my career. I have to admit that I've gotten many compliments on them (as well as some protests from people whom find my level of explicitness uncomfortable). Other writers sometimes ask me how I do it. How do I keep straight whose body parts are where? How can I write “cock” and “cunt” without getting embarrassed – or bursting out laughing? How do I manage to arouse my readers?

My answer is that I focus on the lust. I am firmly ensconced in my characters' heads – not in their bodies. Actually, I'm not particularly skilled at describing the (possibly indescribable) physical sensations of sex. But I know what my characters want. I feel what they feel. I see the pictures in their minds, images that might not have anything to do with what they're actually doing at the moment, but which fan their arousal. “Spirit to body and out to the world”, to quote a line from the poem I posted when I was talking about dancing. That's how sex works, too, at least for me.

Lust stimulates lust. Nothing turns me on like knowing that someone finds me desirable. The most intense pleasure comes from the knowledge that my fantasies are in sync with my lover's. My story “Reunion”, in Rachel Kramer Bussel's collection Do Not Disturb: Hotel Sex Stories, includes a scene in which the woman dons a corset and parades around the hotel room while her lover/master watches.

The boned curves press into my flesh. I move a bit stiffly, my breathing shallow so that I don’t burst open the hooks. The corset elevates and separates my breasts; they spill lushly over the top of the garment. Meanwhile, I can feel my bare buttocks bulbing out behind.

Stumbling a bit in my high heels, I circle the bed and stand in front of him.

“Very nice indeed. Walk around for me, Sarah. Let’s see more of your tits and your ass.”

His mocking, lecherous tone thrills me. I’m terribly embarrassed, but I love showing off for him, and he knows it. My pussy swells and moistens. My nipples harden further, so painfully sensitive that one touch might send me into orgasm. He doesn’t touch me, though. He just watches, while I strut back and forth in front of him, swinging my hips.

I notice the seaweed scent, rising from between my dampened thighs. I’m close enough to him. I know he can smell it to. I don’t dare to look at his face. Instead I hold my head high as he taught me, imagining that I’m wearing the collar he once promised me.

I feel his hot eyes ranging over my body, and I rejoice, knowing that I please him, that he’s as aroused as I am. And all at once I’m awed by the power of our complementary fantasies. I want him to watch me; he has flown three thousand miles to do just that. He nourishes all my perverse notions, rewarding me for being the outrageous slut that I secretly am, the submissive, devoted wanton that he recognized in me, long years ago.

“Bend over,” he says, his voice gruff with lust. I know exactly what he wants. I stand with my back to him, between the chair and the ottoman. I bend at the waist, presenting my ass to his gaze, holding the stool for support. He leans closer, but for a long time he still doesn’t touch me.

His gaze traces paths across my bare skin. I swear I can tell when his eyes linger on the pale globes, or probe more deeply into the shadows between them. This inspection excites me beyond belief. I know that he’ll touch me, sooner or later. I think that I’ll die if he doesn’t do it soon.

This story (which you can free for free on my website) is based on an actual experience, which in the real world was bittersweet. Even in the story, there's no actual tab A into slot B sex. Yet the tale is drenched with desire. I get wet every time I reread it.

So what about love? Where does that fit into the equation?

When I am writing erotic romance rather than pure (or impure!) erotica, I'm required to give my readers love as well as lust. For me, it's not that difficult. In my own life, I've rarely known one without the other. I don't necessarily mean the great love, the deep love, the Love that transcends all and lasts forever which romance readers crave. But I find it hard to be aroused by someone, to share the intimacy of sex, without caring for my partner. Even a one-night stand can be sanctified by love -- sweet, precious, elusive, but perhaps not as rare as some claim.

I know that my perspective on this is not at all universal. Some women are probably horrified by my confessions. They need to know a man for a long while before they can trust him with their bodies. I can understand that. I know that I've been lucky.

Some women, on the other hand (probably more women than men would believe), are perfectly happy getting off with a stranger, some hot-looking stud with whom they could never have an intelligent conversation. Not me. I've had a few experiences with men where there was a disconnect between the physical attraction and the emotional connection. I remember them with regret. Still, I don't think it's silly to call most of the several dozen men I had sex with during my wilder years my “lovers”. That's what it felt like to me.

One of the raunchier scenes in my first novel Raw Silk is a four-way ménage. It includes M/F, M/M and F/F interaction. (Don't worry, I'm not going to quote it here!) Here's a peek into the mind of the main character, though, after all four participants have reached orgasm:

Four exhausted, sweaty bodies sprawled on the rich carpet. As Kate regained her senses, she realized that she was inexplicably, deliriously happy. Joy bubbled inside her, like champagne. Laughter threatened to overwhelm her.

Her head rested on Somtow's flat, firm stomach. He gently stroked her hair, running his fingers through the tangled ringlets. His other hand stroked Uthai's buttocks. The performer lay face down, his shaven skull cradled in Orapin's lap. The maid sat leaning against the couch, a serene smile on her full lips.

No one spoke, but Kate could sense Somtow's gratitude and delight. Meanwhile, she scrutinized her own emotions. Why did she feel so buoyant, so joyous? It was only sex. Then she understood her own error, that the line between sex and love was so thin that it might easily dissolve in the warm flood of mutual pleasuring.

She felt love for Uthai, for Orapin, and most of all for the shameless and insatiable Somtow. Finally, too, she felt love for herself, so free and ready to savor whatever carnal treats her life might offer.

That's what lust will do to you. Or is it love?

Speaking of lust, there are only three days left in the Lusty Month of May. Three days to comment and enter my contest (or join my mailing list and supercharge your chances)! Three days to get my hottest books for only 99 cents! 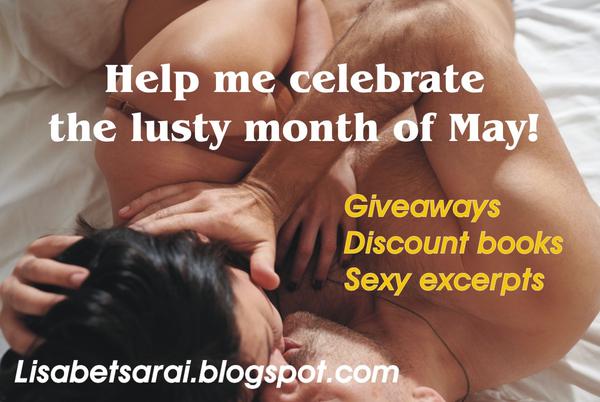 Where has the time gone....

"Some women, on the other hand (probably more women than men would believe), are perfectly happy getting off with a stranger, some hot-looking stud with whom they could never have an intelligent conversation." I smile, raising my hand, stubbing my toe, trying--but failing--to look embarrassed. I'm not like that anymore--but a long time ago I was. That's why I want to come back in my next life as a Bonobo monkey. For them, sex is everyday currency, and they have it with everyone, for any reason. I think I'd fit right in!