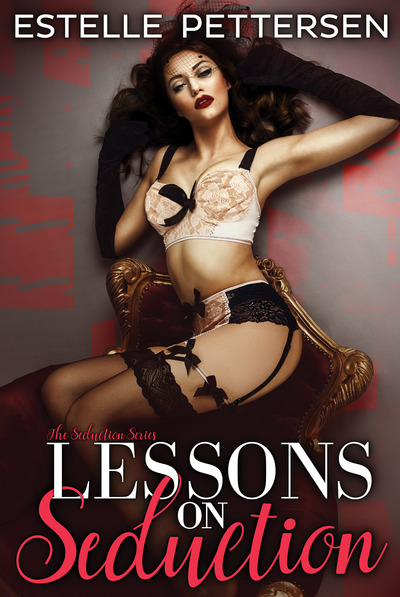 Thank you so much to Lisabet for hosting me today!

I started writing steamy fiction in 2019 after trying my hand at different types of romances on a writers’ and readers’ online community.

Over time, I developed a follower base of readers and writers who read my draft stories in the community, and a few of them reached out to me, asking if I could write something steamier. I rewrote a college romance draft that I had offline, changing it from a sweet romance into something much spicier…that was the start of what became Lessons on Seduction, now published with Black Velvet Seductions.

With Lessons on Seduction, I gave readers a strong protagonist, Sapphire Blake, who was no damsel in distress. It’s essential that people can connect with the main character and somehow feel inspired through the character’s hero’s journey/transition. I also learned to let my characters have some fun along the way!

When college student Sapphire Blake finds herself fresh out of a breakup, she is ready to embark on a new journey in her life. A dark, sensual journey. Freeing herself from the expectations set by her family, friends, and church, an innocent and unworldly Sapphire begins experimenting with her new casual lover, Vera Richland.

Julian Richland is ridiculously handsome, smart, and intimidating. This university professor finds himself enthralled in a sensual relationship with a woman willing to pay top money for his time in the bedroom. To pay off his debts and continue leading his lavish lifestyle, Julian discovers the world filled with sex, drugs, and lies may not be for him as he first thought. With his contract almost up, Julian has his sights set on a new endeavor.

When the pair are introduced by none other than Julian’s own sister, sparks are ignited as Julian sees past the conservative stigma Sapphire believes the world has placed on her. Instead, he sees a sexy vixen—and he can’t help but admit he wants her.

I turned left, headed toward the direction of bedrooms, and stopped when I reached the main en suite bedroom. This must be Julian’s room. Curiosity may have killed the cat, but it wouldn’t get the better of me, so I dared.

I dropped my bag on the floor and walked into the master suite, which featured two dimly lit lamps and a king-size bed with a charcoal duvet and matching pillows. The unmade bed was the only untidy element in this otherwise clean home, indicative of either his most recent sexual activity or his forgetfulness to make the bed up. I doubted that it was the latter. As I walked past the bed, I noticed leather handcuffs on the crumpled duvet. The soothing sound of water running in the shower caught my attention, enticing me to take a sneak peek in the bathroom.

The bathroom door was left open at a forty-five-degree angle, and the pull of temptation gravitated me toward it. I was curious. I usually did not pry into the privacy of others, but I had never seen a naked man in real life, and I was ready to find out.

Oh, my lord! There he was in the shower, a beautiful man in all his splendor and glory. Julian was wet and naked, reminding me of the marble statue of the biblical, nude David by Michelangelo. Droplets of water ran down his hard, taut, body, all the way to the curve of his muscular back and firm buttocks, then along his sturdy legs. He rinsed the soap off his broad shoulders, chest and slim waist. His body tapered down like a perfect V, and delicate veins ran along his muscular forearms. His penis was thick and admirable, even in its relaxed state, and his testicles hung below. Eyes closed, he lifted his head to absorb the streaming water, and ran his long fingers through his hair, washing out the remaining shampoo foam, which flowed downward.

The heavenly sight of Julian in his nakedness, together with the fresh scent of the citrus body wash, triggered my nipples to harden and the inner walls of my vagina to clench.

“Oh shit, I’m so sorry! I was looking for a spare toothbrush and didn’t realize you were here!” I babbled in a flustered state. I was a bad liar.

He turned off the shower faucet, grabbed a towel, and started to dry himself slowly.

“Did you enjoy the show, Sapphire?” Julian smiled smugly, emphasizing my name when he spoke.

“I, uh, I’m staying over with Vera tonight, as we’re heading out for a girls’ night. I hope that’s okay with y-you,” I stammered.

“Oh, it’s more than okay with me, love. However, you haven’t answered my question.” Julian’s mischievous eyes dangerously twinkled with devilish delight.

“I like what I see,” I admitted, gazing at the towel, which he now wrapped neatly around his firm torso.

I took one step closer to Julian and stroked the blade of his left shoulder with my right hand. My fingers traveled down his chest and stomach, drawing him to release a groan of pleasure.

“Yes. Further down south, if you get my drift.”

My fingers traveled below his navel and down to where the towel met his skin.

“Stop?” I raised my eyebrows.

Julian’s hands swiftly reached around my neck and untied my halterneck top, exposing my bare breasts to him.

“You’re exquisite.” His long, dark lashes lowered as he gazed at my topless body. I sucked in the citrus-flavored air as he began rubbing my nipples in circular motions with his rough thumbs.

Buy links for Lessons on Seduction 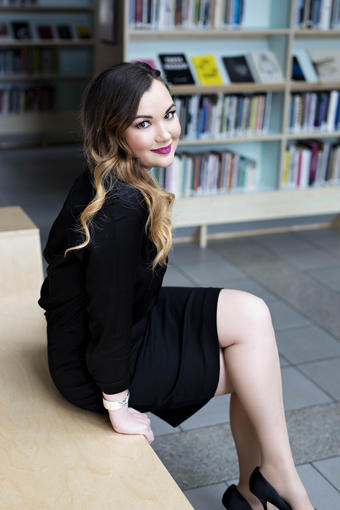 Estelle Pettersen is an Australian author and former journalist whose romance stories explore empowerment, freedom, and finding one’s strength. She has a Bachelor of Arts degree, majoring in Journalism and Psychology, from the University of Queensland, Australia. Her second degree is an MBA from Queensland University of Technology, Australia. She is a member of Romance Writers of Australia and is passionate about history, languages, cultures, traveling, food, and wine. She is happily married and living in Norway these days.

Posted by Lisabet Sarai at 8:52 AM

Email ThisBlogThis!Share to TwitterShare to FacebookShare to Pinterest
Labels: giveaway, lusty month of May

Thank you so much again, Lisabet, for having me as a guest on your website. I hope readers will enjoy the article and enter for the giveaway.

This was such a good read. Steamy. Lots of chemistry between the main characters. And a great villain!

Great blog.
Love the excerpt from Lessons on Seduction it is my favorite scene from your spicy novel.
Callie

What a great blog, love the post. I really enjoyed Lesson on Seduction. Had me gripped from the beginning

I am liking what I see... thanks for introducing your book to us!

Great excerpt from a wonderful novel!!

Definitely a steamy story. I absolutely fell in love with the hero.

Enticing blurb! Thank you for sharing your writing.