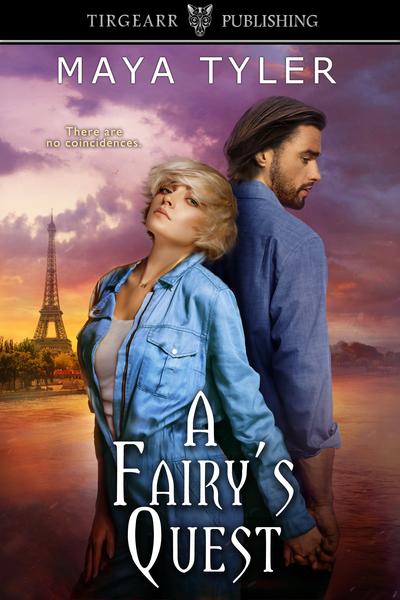 A century ago, the fairy crown was stolen from Alina Lehrer's clan, but now the usurper is dead and it's time to reclaim what's theirs. Rylan Jackson, codename Orion, is The Court's most trusted assassin who always gets the job done. Until his target is Alina, the one woman he can’t resist. Fate has placed them on opposing sides for the crown, but Alina soon learns Fate isn't set in stone.

I’m going to Paris, the city of love. Maybe I’ll even have a passionate love affair.

Alina jerked her head up at the sound of the stranger’s lilting French accent. “Hello.” Hello, handsome. Did my imagination conjure this hunk?

“First trip to Paris?” His pronunciation of “pah-rhee” rolled off his tongue like honey.

“Yes.” Alina twisted in her seat to get a better look. Her perceptive eyes sized up her companion. He was a gorgeous specimen of a man. Dark brown, shaggy hair. Hypnotic brown eyes. Strong jawline. Just a hint of stubble, like he had shaved that morning. Stop staring. “What gave it away?”

“The guidebook in your tote?”

Alina flashed him a suspicious “you’re a stranger, I’m not telling you anything” look.

He threw his arms up in mock defeat. “I am Rylan Jackson.” He extended his hand.

“A—” Wait a minute. I don’t need to give him a real name. It’s a good time as any to try on a new persona. “Allie.” She picked an alias, not so different than her real name, before reaching out to shake his hand. His hand was warm, rough, like he used his hands to make a living. Touching him sent a buzz of awareness swirling through her body.

His sultry smile disarmed her objections to the friendly conversation. It can’t hurt to flirt a little while I wait for my flight. It’ll be good practice.

Alina Lehrer is a princess, rightful heir to the fairy kingdom. When her domineering mother wants to send her to the Court of the Fairies in Paris to claim the crown, Alina is tempted to refuse. She’s still suffering from debilitating headaches and terrifying flashbacks from her near-death experience at the hands of a rival for royal power. Meanwhile, she is quite the innocent, with none of the Machiavellian skills that she’ll need to claim her birthright. Although she works as a life coach, Alina’s capabilities in that role are based on her psychic talents, not her personal experience.

Guilt and pressure, however, win out over Alina’s hesitation – helped by the natural excitement she feels about traveling for the first time to the legendary City of Lights. When she meets a handsome, attentive man at the Chicago airport, she’s suspicious of his motives, but his charm soon wins out over her caution. After all, she’s going to Paris, destination of lovers everywhere. And Rylan is just a fling. Why not enjoy herself, to balance the serious nature of her mission?

Rylan Jackson, code name Orion, is a expert spy and assassin who has been ordered by Le Souverain to eliminate Alina. His magical instincts, however, lead him to delay the fulfillment of his commission. The closer he becomes to the delightful princess, the more he wants to protect her, rather than kill her. But what will happen when the Court discovers his insubordination?

A Fairy’s Quest works as a romance. I liked both Alina and Rylan, and their chemistry felt convincing. When Alina bids goodbye to her lover, believing she’ll never see him again, my heart ached – even though I knew she was wrong (because of the obligatory happy ending).

Maya Taylor also provides a vivid and convincing portrayal of Post Traumatic Stress Disorder. Alina doesn’t realize that’s the malady from which she’s suffering. All she knows is that she can’t sleep, can’t eat, has horrifying visions and nightmares, and sometimes faints dead away from fear. Despite her psychological issues, Alina manages to survive the vicious machinations of the Fairy Court, but the effort nearly destroys her physical and mental health.

I had significant issues with the plot of this novel, though. For one thing, I found myself quite bewildered by the frequent time shifts and references to events in the earlier books of this series. (This book is the third installment of Ms. Tyler’s series “The Magicals”.) I could not figure out the history of the feud that led to the loss of the crown. The attack that led to Alina’s PTSD likewise is mentioned multiple times, but never really explained. I believe that every book in a series must be able to stand on its own; I don’t think this book really does.

In addition, many of the conflicts in the story seem to be resolved with only minimal difficulty, despite being portrayed as life-and-death struggles. I don’t want to include any spoilers, but Rylan has no problem whatsoever foiling the ultimate villain. In addition, I noted quite a few loose ends, for instance, magical objects that are supposedly important but in fact play no role in the final resolution.

Perhaps if I’d been familiar with the series, some of these problems would not have occurred. Overall, I enjoyed A Fairy’s Quest , but having jumped into Ms. Tyler’s world with no preparation, I also found it confusing and frustrating. 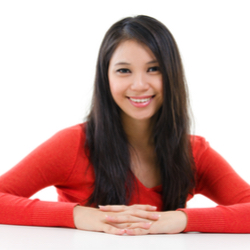 Maya Tyler is a multi-published author of paranormal romance novels and blogger at Maya’s Musings (https://mayatylerauthor.blogspot.com/ ). An avid reader, Maya writes the books she loves to read—romances! Her paranormal romances come with complex plot twists and happily-ever-afters.

When she’s not writing, she enjoys reading, listening to music (alternative rock, especially from the 1990s), practicing yoga, and watching movies and TV.

Maya loves to hear from fellow authors and readers! Please connect with her through social media (see links below).

Maya Tyler will be awarding a $25 Amazon/BN GC to a randomly drawn winner via rafflecopter during the tour.

I love the cover. It sets the tone for the book!

Welcome to Beyond Romance, Maya!

Hope your tour does really well.

Great bit of armchair travelling injected in there! reneela2000(at)gmail(dot)com

The cover is gorgeous! Looks like an interesting read.

Thanks for hosting, Lisabet, and your honest review!

Thanks for the lovely comments on my book cover, Jeanna and Charlene!

I'm glad bn100 and aerokorngal enjoyed the excerpt. I had a lot of fun researching for this book.

Really enjoyed the blurb & excerpt for this "Fairy Tale". Love the urban fantasy / Fae, suspenseful mystery and dangerous hero combination it makes for a nicely rounded story. It is also a great look on the cover grabs your attention & gives you a sense of the tale to unfold...

You have caught my interest!

Thanks for commenting, Michelle. I'm glad you enjoyed the blurb and excerpt.

I'm glad my story caught your interest, Colleen. Thanks for commenting!

I'm glad you enjoyed the excerpt and cover, Tannie. Thanks for commenting!

Thanks for commenting, Sherry.

Thanks for commenting, Victoria!

Thanks for commenting, anonymous. The release has been very exciting!

I love when the hero is supposed to not be attracted to the heroine--but it happens anyway. You just know he's going to "break" at some point! Fun!