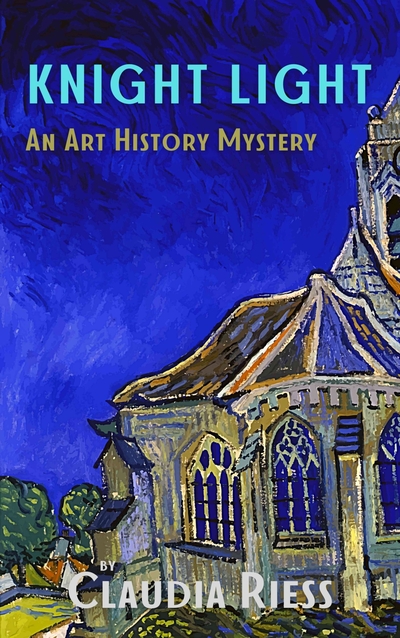 On March 24, 1946, World Chess Champion Alexander Alekhine is found dead in his hotel room in Estoril, Portugal.  The cause of death remains mired in controversy when, three-quarters of a century later, a letter of his that could rock the art world is unearthed in a routine home renovation in upstate New York.  The letter is addressed to a person of international repute and offers information about art works looted during the German occupation of Paris.

When the young man in possession of the letter is brutally murdered, his mentor, art history professor Harrison Wheatley and Harrison’s sleuthing partner, art magazine editor Erika Shawn, hurl themselves into the dual mission of tracking down both the killer and the looted art.
The hunt takes the couple to far flung locations, and as the stakes rise along with the murder count, it looks like the denouement will take place far from the comforts of home.

Mid-afternoon Harrison was back from his lecture class on Baroque painting. He found Erika holed up in her third-floor study, absorbed in whatever she was scribbling in her notepad. He pulled out the chair from what had once been his grandmother’s vanity and sat beside her. Displayed on the computer screen was a series of lines structured like a poem; at a glance, unintelligible. He planted a kiss on her cheek. “What the hell is it?”

She put down her pen and turned to him. “It’s a translated excerpt from Jean Arp’s poem ‘Der Vogel Selbdritt.’”

“That explains why it’s inscrutable. It’s Dada. Why is it of interest to you?”

“To us,” she corrected. “I’ve been trying to get a handle on our proposed investigation. Let me start from the beginning.”

“Will Lucas be joining us?”

She smiled and flipped back the pages of her pad. “First question: What’s the main subject of interest—the MacGuffin, so to speak? Answer: Alekhine’s letter. Why? Because Alekhine died under murky circumstances shortly after he wrote it. Because it contains leads to recovering art lost during the war, which is of great interest on all fronts honorable and evil. Because it’s the only document Chuck conveyed to you, so he must have thought it was the most important one of the collection. And last, because it’s the only tangible item we’ve got.” She took a breath.

“Next. Who would benefit from getting their hands on this letter, either to gain information from it or to make sure the information remains hidden? We have to exclude anyone with honorable intentions, since violence was employed to secure the document. The agency of evil comes from the dark side of the art world. From blackmail to black market.” She stared hard at him.

“We can voice our suspicions, but we cannot actually go there. You do understand, right?”

Harrison nodded. “I do.”

“I will never put you at risk.”

She shook her head. “You left yourself out of the equation. Not good enough.”

It will have to be, sweetheart. “We will both stay safe,” he said aloud. “Behind the line of scrimmage. Go on with your report.”

“Just so you know, I don’t quite believe you. But for now, let’s not lose our train of thought. So. What are the lines of inquiry generated by Alekhine’s letter to Ambassador Martins? One. Learn anything we can about the fate of the Jules Eisenberg Gallery in Paris. This includes its owners, their living relatives, if any, and its wartime art inventory. Two. Try to trace the provenance of the paintings specified in the letter. Three. Contact organizations that might help identify the German referred to in the letter—the one who Alekhine says fled to Brazil.” She skewered him with another look. “The operative word here is identify. We identify. The guys in bullet-proof vests track down.”

“Do you?” She glanced down at her notes to check if she’d missed anything. She hadn’t.

“Anyway, the hope is that down the road these lines of inquiry will intersect, and we’ll be able to contribute a couple of leads to pass on to the authorities.”

“Who are fixated on another line of reasoning altogether,” Harrison reminded her.

“We’ll have enough evidence to convince them otherwise.”

“And it’s contagious,” he said, laying his hand on hers. “Now, tell me why you’ve got Jean Arp’s poetry on display.” 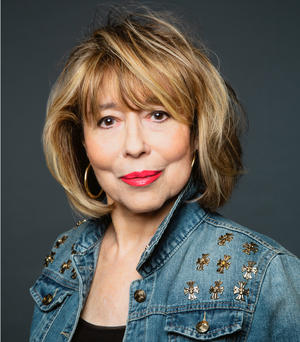 Claudia Riess is a Vassar graduate who's worked in the editorial departments of The New Yorker and Holt, Rinehart and Winston.  She is author of the Art History Mystery Series published by Level Best Books and includes: “Stolen Light,”* “False Light” and “Knight Light.” She is also author of “Semblance of Guilt” and “Love and Other Hazards.”

Claudia Riess will be awarding a $50 Amazon or Barnes and Noble GC to a randomly drawn winner via rafflecopter during the tour.

I like the cover. The colors and design are great.

Welcome to Beyond Romance, Claudia.

I agree with Jeanna, that is a fantastic cover. Did you raise Van Gogh from the grave? ;^)

I really enjoyed the blurb and excerpt. I've been fascinated by the art thievery from the Nazis for years and having this as a premise for the story is terrific. Cannot wait to read this one.

Wow, this sounds so intriguing.

Ooh I like how the title rhymes and that this is a murder mystery. :D

do you always know how a book will end when you start writing?

I really like the cover. I'm looking forward to reading this!

Thanks for sharing the information about this book. It is one I definitely will read.
jwisley(at)aol(dot)com

Glad I stopped by. I'm a big mystery fan and this is a new to meseries.

I am a huge art history nerd and love true crime so this is right up my alley! Especially after reading the excerpt! Added to my wish list and TBR!

Thanks to everyone for such positive comments. Hope you enjoy reading it. C

This sounds very intriguing and like a great read. Nice cover!

I'm a former art history major, so this really appeals to mel

I really like the cover of your book! Thank you for sharing this wonderful story, I would like to know what has inspired you to write your book and have a great day!!

Love the artwork on the cover. Sounds like an amazing read.

I love the painting on the cover. The colors are beautiful. Thanks for posting!

do you base romantic heoroes on people you know?

what is your favorite genre as a reader? any genres you would like to vneture into as a writer?

"The cause of death remains mired in controversy when, three-quarters of a century later, a letter of his that could rock the art world is unearthed in a routine home renovation in upstate New York."

Wow, this is exciting. Thanks for posting!

"The hunt takes the couple to far flung locations, and as the stakes rise along with the murder count, it looks like the denouement will take place far from the comforts of home."

I love travelling, lol. Thanks for posting!

"as the stakes rise along with the murder count"

This sounds exciting. Thanks for the giveaway!

"Mid-afternoon Harrison was back from his lecture class on Baroque painting."

I took an art history class in college. It was fun. Thanks for the giveaway!

" Because Alekhine died under murky circumstances shortly after he wrote it."

Very suspicious. Thanks for the giveaway!

"Because it contains leads to recovering art lost during the war, which is of great interest on all fronts honorable and evil."

I love mysteries about art history. Thanks for the giveaway!

"Because it’s the only document Chuck conveyed to you, so he must have thought it was the most important one of the collection. "

That makes sense. Thanks for the giveaway!