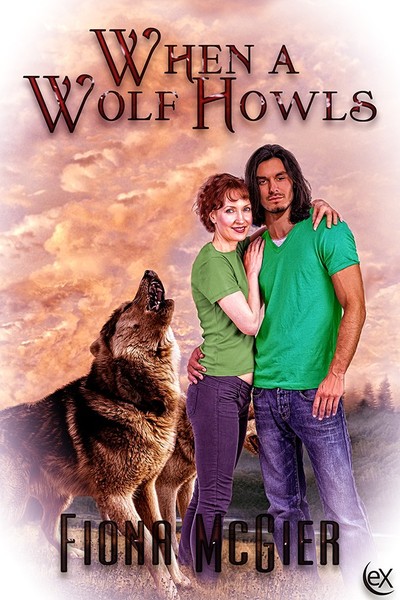 Why do I write steamy erotic fiction? Mostly because that's the way my mind works. I see a good-looking man and wonder what he's like in bed--or what he might be packing under his jeans. I think about sex a lot more than the average female--or so I've been told by many friends of both sexes over the years. But luckily my husband is happy with me the way I am. And let's just say that when he asked me to marry him, I realized that if I could only have sex with one man for the rest of my life, choosing an expert was a great choice!

I grew up with a mom who loved reading romance novels. Her large family was full of relatives who talked about sex all the time--mostly through dirty jokes and innuendoes. When the talk got too dirty, one of them would poke the one speaking, while pointing to young me. Then they'd switch to Polish, so I was cut out of the really nasty stuff--until I got older. Mom and her sisters/sisters-in-law used to trade grocery bags of paperbacks that no one ever owned. If someone really wanted one, they'd keep it--but otherwise the bags were always moving, and growing. I can remember coming home from grade school to see Mom drop-kick a book across the room, yelling at the author--All of that build-up and no sex? I'm never reading you again! I wasn't that old when Mom started letting me sample some of the brown-paper-bag books. So with that background, of course I grew up believing that lots of good sex is very important to happiness. And that it was perfectly normal for married women to want to read steamy novels with hot sex scenes. I write what I like to read.

When a Wolf Howls, by Fiona McGier

She's an unemployed scientist, applying to be a teacher at a small, private academy in rural Maine. He's the principal--and a werewolf. Students are sent here so if a wolf is living inside of them, it will present itself in a safe environment. It doesn't take long for her to realize something's different about the sexy boss she's trying to keep her hands off of; but his wolf has decided she's their mate. Now what?

Set-up--Saoirse and Diego are celebrating their love with a night of passion. After a special dinner and bottle of expensive champagne, what else is next?

They returned to the couch, where Diego alternated kissing her first gently, then with insistence, as his tongue plundered her mouth, demanding she return his passion...which she was all too happy to do. Meanwhile, his hands roamed all over her body, proving to her that there are no places on a woman's body that can't be considered erogenous zones...with the right touches, by the right partner.

Saoirse had to keep forcing herself to remember to breathe, as his touch excited her nerve endings. She also explored his body, touching places she knew would excite him further, and those that she loved to touch.

What should we do about that, my love?"

He stood up quickly, pulling her up with him, then swept her into his arms, his lips demanding her surrender as he carried her into the bedroom.

He sat on the edge of the bed and put her down in front of him.

"Just stand here," he commanded, "So I can unwrap my present."

Saoirse had spent many years picking her own body apart, finding areas she thought were presentable, and others she agonized over. She had always been convinced that no man would ever be able to accept her almost translucent skin, her freckles, or her huge feet, topped with her "cankles" that her sisters teased her about, or any other imagined deficiencies.

But at that moment, she felt like a goddess. Diego's eyes were black with arousal, as he leaned forward to cover her nipples with his mouth, blowing hot breath onto them without making contact with her dress, as his hands reached behind her to slowly unzip it. His touch was reverent as he slid the straps off her shoulders, kissing and licking at both of them, watching intently as he slid the top below her breasts.

He inhaled deeply, before his voice gently growled, "Even more beautiful. Each time I look at you, I fall more deeply in love with you. I desire you even more. Having you as my wife completes me in a way I never dreamed was possible."

Saoirse was having trouble standing still, when his every touch excited her skin, making her twitch and writhe with the passionate tickling he was doing to her.

She stepped out of her dress, and he lay back on the bed, pulling her on top of him, and he began to move her around, to stimulate both of them. Saoirse undulated her hips, rubbing her clit against his engorged cock, frustrating him when he tried to surge into her, by moving again, just out of the reach of his insistent organ.

She smiled dreamily, "To make you work for what we both want so badly."

He raised his hips to flip her off of him, and she landed on her back next to him. He loomed over her, holding both of her wrists above her head, licking her arms. He started with her elbows, then gently nipped at the tender skin under her arms, until he neared her breasts. He growled softly.

"My woman. Everything about you intoxicates me. Your every smell...your every twitch when I touch you...every scream when I make you come."

He continued to move lower on her body, licking at her skin along the way. When he reached her belly button, he poked his tongue into it, which made her giggle. Then he lowered his head further, to nibble at the inside of her thighs, first one and then the other. He inhaled deeply, then raised his head to smile at her.

"Your scent makes me crazy! It makes me want to bury myself in you, in any way that I can!"

His fingers had been stroking at her skin, sensitizing everywhere he touched. Now they spread her labia, and his tongue began its delightful torture of her clit. He licked at it, then nibbled it gently, before licking the entire length of her; he poked his tongue into her opening, swirling it around, before he used more pressure to lap at her, like he was slurping at an ice cream cone.

Saoirse was jumping on the bed, unable to stop herself from moving, His mouth and tongue were bringing her to the brink, then moving away, so that she was in a constant state of arousal, with no relief. Finally he took pity on her and concentrated on her clit for an extended licking, allowing her to move herself around so that he was in just the right place.

With a small scream, she exploded, feeling herself gush on his face. He continued to lap at her, a low growl beginning in his throat. When he raised his face up to look at her, it was shiny with her juices, and he looked almost feral in his passion. He quickly moved himself up and pushed his hips forward, to bury himself to the hilt, in her slick channel. He stopped, as he had done on their wedding night, to watch her writhe and moan beneath him.

"Diego, you know I can't stay still when you're filling me up like that! I have to move...to get you right where I want you to be...right...there!"

She tensed her entire body up for an instant, before she rhythmically jerked her hips, squeezing her eyes shut, as her inner muscles exploded in orgasmic bliss. Diego held out as long as he could, but he knew the battle was lost when the pressure in his spine became unbearable. With a low groan, he pushed his hips forward, his fingers digging into her hips, holding her still as he plunged himself repeatedly into her rapidly. He soon reached the point of no return and stopped moving, staring into her eyes as his spine exploded into an orgasm of such intensity that he gasped...then he howled.

His orgasmic throes sent Saoirse off on another roller-coaster ride of climbing up then plunging into even more bliss, so their multiple orgasms became kinetic, each one setting the other off on another round of shaking, pulsating pleasure.

When Diego finally collapsed on top of her, he heard the "whoosh" of her breath being forced out of her.

Her hands were moving across his back, lightly stroking his shoulders, running her nails lightly down his spine, kneading the tight muscles of his glutes. After a few long moments, they were both able to breathe easily again, and Diego rolled onto his side, pulling her along with him, so they were facing each other, still entwined in each others' arms.

"Is the top of my head still here?" Diego asked, his voice hoarse from growling.

Saoirse giggled, "Yes. Why? Did you think it exploded off of you?"

He nodded, using his free hand to stroke her face. He wrapped his fingers in her hair and pulled her head close for a lingering kiss.

“That's how you make me feel, every time, my woman." 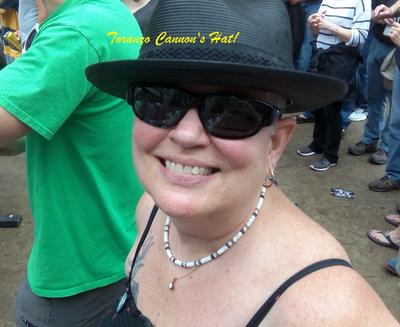 I sub in high schools during the school year. Otherwise I'm writing and blogging about my books--and reading and writing reviews. Not only do I write erotic romance, I love to read it too. I often read while camping with my long-time HEA. Our four adult kids sometimes join us. I'm an avid Jazzerciser, and I love to hike in the woods. I also enjoy sewing--mostly masks these days-- crocheting afghans to keep my loved ones warm, and baking--cookies, muffins, and especially pies. I'm known for my never-fail pie crust, so I put the recipe on my website under the pies tab, along with some of my family's favorites, that I featured in one of my books that had a heroine who baked lots of pies.

Get to know Fiona McGier better by signing up for email updates on her blog.

I love your description of your family, talking about sex all the time.

No wonder you turned out the way you did!

Lots of people turn out like me without having my family background. But for me, it was so natural to assume that sex makes the world go round, literally, and that it's the driving force behind so much of what we do--even non-sexual things.

My kids laugh, remembering being in the backseat of my truck, listening to me cursing out drivers.

The guy with the huge pick-up truck with the oversized tires?
My comment--"Compensate much? She's probably gotta ask you every time--Are you doing anything yet?"

The guy who's driving like an idiot--way too fast, climbing up my butt for having the audacity to only be doing 20 miles over the speed limit in the middle lane.
My comment--"Someday you'll get laid, take away some of that tension, and you won't have to drive like that anymore."

Is everything sexual? Probably not. But if I have a choice, I want to come back the next time around as a Bonobo monkey. For them, sex is the currency for any social exchange. I'd fit right in there! LOL.

Very cool to learn about your inspiration!