And a little child shall lead them... #Mystery #SpousalAbuse #Giveaway 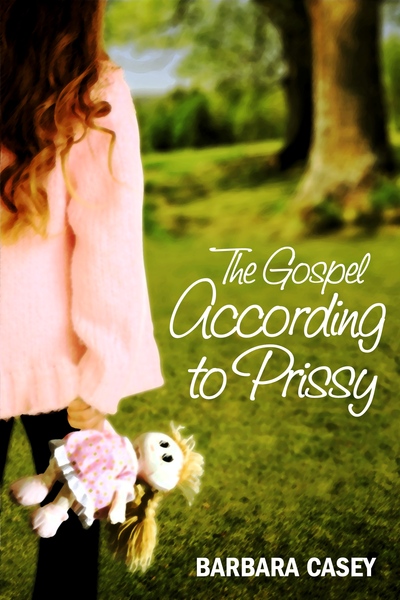 Three Army veteran misfits, a college dropout, an unmotivated high school graduate accused of murder, a controversial warden of a women's prison, and a little girl with the gift of prophesy – these are the people 31-year-old Lara Kruger invites into her life after suffering a miscarriage, a divorce from an abusive husband, and unemployment.

Laramie Larkins Kruger drove up to the hospital emergency door. It was the second time in twice as many weeks. The hand that had been holding a bloody towel against the left side of her face somehow managed to push the car door open. Her other hand rested in her lap, limp and useless. A hospital orderly standing outside by the front entrance saw her. He crushed his half-smoked cigarette into the concrete container of sand provided and quickly located a wheelchair for her.

“Jesus, Ms. Kruger, what have you gone done to yourself now? You been working on that old house again, haven’t ya?”

Lara closed her eyes and let the strong hands of the orderly gently position her into the wheelchair. “Thanks, Ben.”

“I told you to call me next time you needed something done and Mr. Kruger wasn’t around to take care of it. Didn’t I? Didn’t I say that?” He pushed her through the emergency entrance and over to the sign-in window where an elderly woman smiled and handed her a form.

Lara stared at the piece of paper that had been secured to a clipboard, but her eyes wouldn’t read the print. She couldn’t pick up the pen anyway. Ben took the clipboard from her and began filling in the information next to her name: Age, 31; Time, 1:15 p.m.; Insurance, on file; Nature of Visit, cuts and bruises caused by accident. It was always the same.

Lara and Jake had been remodeling the old Victorian home they bought when they moved to Rocky Mount six months earlier. Everyone knew they were doing it. In a town the size of Rocky Mount, nothing went by unnoticed. Since they were doing a lot of the work themselves, it was easy just to say she slipped off a ladder, a rotten floorboard gave way, something had fallen on her – whatever. No one questioned her answers.

“My, my. Looks like you got scraped up pretty good, Mrs. Kruger.” The elderly volunteer worker smiled sympathetically and took the form Ben had just filled out. “What happened this time?”

Lara tried not to grimace from the pain. It felt like one of her ribs was broken. “I yanked too hard on the door of that old shed in back we’re trying to convert into a garage and it gave way.” The lie came easily.


Originally from Carrollton, Illinois, author/agent/publisher Barbara Casey attended the University of North Carolina, N.C. State University, and N.C. Wesleyan College where she received a BA degree, summa cum laude, with a double major in English and history. In 1978 she left her position as Director of Public Relations and Vice President of Development at North Carolina Wesleyan College to write full time and develop her own manuscript evaluation and editorial service. In 1995 she established the Barbara Casey Agency and since that time has represented authors from the United States, Great Britain, Canada, and Japan. In 2014, she became a partner with Strategic Media Books, an independent nonfiction publisher of true crime, where she oversees acquisitions, day-to-day operations, and book production. 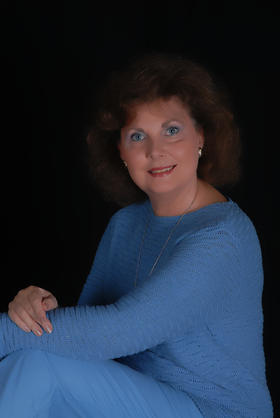 Ms. Casey has written over a dozen award-winning books of fiction and nonfiction for both young adults and adults. The awards include the National Association of University Women Literary Award, the Sir Walter Raleigh Literary Award, the Independent Publisher Book Award, the Dana Award for Outstanding Novel, the IP Best Book for Regional Fiction, among others. Two of her nonfiction books have been optioned for major films, one of which is under contract.

Her award-winning articles, short stories, and poetry for adults have appeared in both national and international publications including the North Carolina Christian Advocate Magazine, The New East Magazine, the Raleigh (N.C.) News and Observer, the Rocky Mount (N.C.) Sunday Telegram, Dog Fancy, ByLine, The Christian Record, Skirt! Magazine, and True Story. A thirty-minute television special which Ms. Casey wrote and coordinated was broadcast on WRAL, Channel 5, in Raleigh, North Carolina. She also received special recognition for her editorial work on the English translations of Albanian children’s stories. Her award-winning science fiction short stories for adults are featured in The Cosmic Unicorn and CrossTime science fiction anthologies. Ms. Casey's essays and other works appear in The Chrysalis Reader, the international literary journal of the Swedenborg Foundation, 221 One-Minute Monologues from Literature (Smith and Kraus Publishers), and A Cup of Comfort (Adams Media Corporation).

Ms. Casey is a former director of BookFest of the Palm Beaches, Florida, where she served as guest author and panelist. She has served as judge for the Pathfinder Literary Awards in Palm Beach and Martin Counties, Florida, and was the Florida Regional Advisor for the Society of Children's Book Writers and Illustrators from 1991 through 2003. In 2018 Ms. Casey received the prestigious Albert Nelson Marquis Lifetime Achievement Award and Top Professional Award for her extensive experience and notable accomplishments in the field of publishing and other areas. She makes her home on the top of a mountain in northwest Georgia with three cats who adopted her, Homer, Reese and Earl Gray - Reese’s best friend.

Barbara Casey will be awarding a $25 Amazon or B/N GC to a randomly drawn winner via rafflecopter during the tour.

Thank you for inviting me to visit with you and your bloggers. I appreciate your interest in THE GOSPEL ACCORDING TO PRISSY. My best to you. ~Barbara

Welcome to Beyond Romance, Barbara!

I hope your tour goes well!

Doesn't seem like a steamy read--but it does sound like an interesting story. Spousal abuse isn't written about very often--but it should be.

Thank you for your comment. The abuse is only one theme in this book. There is so much more going on, including the young child Prissy who was born in a prison and has a special gift of prophecy.