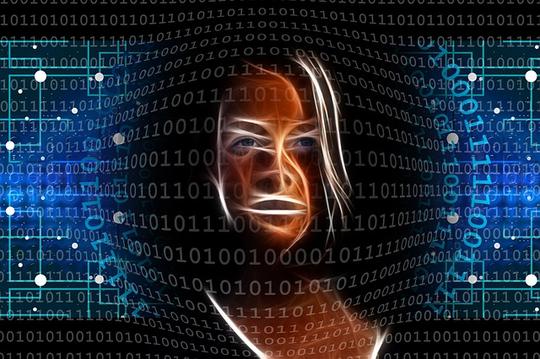 I’ve been reading science fiction all my life, starting with the Mushroom Planet books when I was seven or eight, graduating to Heinlein and Asimov as a teenager, and branching out from there. Back in the eighties and nineties, I sampled a lot of cyber-punk: Pat Cadigan, Neal Stephenson, Bruce Sterling, William Gibson and their comrades. These authors imagined (or predicted?) many aspects of the modern Internet, decades in advance, and a startling number of their visions have become part of our everyday life.

A vast, worldwide, constantly accessible network of knowledge? These days, who could live without Wikipedia, Quora and YouTube? Voice queries, reminiscent of “2001: A Space Odyssey”? Siri and Alexa do quite a bit better than H.A.L. Instant notification about events? Telepresence? Synthetic on-line worlds where you can interact with avatars and artificial agents? Trends and fads that emerge, take control of the popular psyche then die off a matter of days? I first met all these ideas in science fiction stories.

There’s one aspect of today’s digital world, though, that no author whom I read predicted: the demise of truth.

You can find literally anything on the Internet – including completely contradictory sets of facts, multiple conflicting descriptions of events, alternative histories. It’s scary to realize that there is no such thing anymore as an authoritative source. We tend to believe and trust people who agree with us, but fundamentally that is just bias. Anyone who can tell a convincing story (and the Internet has nurtured and rewarded individuals who have this skill) can acquire a following of believers, no matter how absurd that story might appear to someone outside their circle. Some people are certain the moon landing in 1969 was a hoax – that the Holocaust never happened – that Elvis is still out there somewhere, shaking his hips and breaking hearts.

“Ah, but there’s evidence,” you might say. “Photographs. Historical records. Documents that support some stories and debunk others. Data that can be consulted and analyzed in order to choose one interpretation over another.” Alas, that might have been true a decade or two ago, but the digitalization of our existence means that absolutely everything is mutable. Photographs can be doctored without leaving the slightest trace, or even generated de novo – not just by humans but by AI systems who’ve been fed millions of similar examples. Deep-fake video technology makes it possible to literally put words in someone’s mouth. Software bots can invade social networks to manipulate so-called “popular opinion”, influencing elections and changing history. (But in fact, there is no one “history”. Even before the Internet, every country, culture and group had its own historical narrative.)

Most information needed to keep the world running is currently stored in digital form, in databases of one form or another. That information is unbelievably vulnerable to corruption, both accidental and deliberate. Given today’s technology, it would not be that difficult to erase all primary records of the moon landing to support the hoax claim. One doesn’t have to be a tech wizard to fabricate a totally believable case for almost any wild theory. It’s happening all the time, right now – as you read this blog post.

Now, I remember that initial walk on the moon with great clarity. I was in my senior year in high school, an enthusiastic science geek as well as a reader of science fiction, and from my perspective, this was definitely our first step toward a bright future in an expanding universe. Time corrodes our memories, though. When I compare notes with my husband of forty years about some past event we both experienced, we often have wildly differing recollections. The older I get, the less certain I am that even my most cherished and vibrant memories are accurate.

As prescient as the authors of my youth turned out to be, I can’t recall any of them portraying a world where it was impossible to know what was true. Honestly, this wreaks havoc with almost any philosophical perspective.

As a former researcher and computer professional, I’ve been aware of the malleability of truth for quite a while, but the COVID-19 epidemic has shown me just how impossible it has become to discern “the truth”. Every day we are bombarded with “scientific data” and presented with the conclusions of so-called experts. The same statistics will be interpreted in completely opposite directions, depending on the nationality, the politics or the predispositions of the person offering up conclusions. The average person has probably looked at more graphs over the past three months than in the previous two decades. Is he or she any closer to the truth about this crazy disease? What a ridiculous notion!

So where does that leave me – or us? How can we cope in an environment where we’re bombarded by information, any and all of which could be manufactured to serve someone’s agenda – or simply in error due to sloppy programming? Sounds pretty hopeless, doesn’t it?

Well, I have two answers. First of all, we can trust our direct experience, more at least than we can trust something we read on Facebook, USA Today, or The New York Times. Be observant; use your eyes and ears; keep an open mind. If someone claims that immigrants are criminal degenerates, think about the immigrants you know personally. (And if you don’t know any personally, perhaps you should seek some out.) If you read that anyone who likes to watch porn is psychologically diseased and incapable of having normal relationships – well, ask yourself whether the examples you have in your environment confirm this claim.

Second, we can educate ourselves about the fragility of truth in our digital world, be skeptical about every claim, and examine the mustered evidence as objectively as possible. I noted above that almost any sort of information can be faked, but consistency is still a reasonable criterion for evaluating a story. It’s possible to construct an intricate edifice of lies to support a false conclusion, but it’s difficult to make all the pieces fit together perfectly – at least right now.

There is one prediction that shows up a lot in eighties and nineties scifi that hasn’t yet come to fruition – the idea that neural stimulation could create artificial sensory experiences so vivid and convincing that you couldn’t tell the difference between a stim-dream and real life. There are advances in neuroscience that point in that direction, but we’re not there yet.

I rather hope we never get to that point. Already I lament the way so many of our experiences have switched from direct to mediated. Why go out on a date when you can chat on Messenger? Why bother to travel when you can browse Instagram or binge on YouTube? Why have sex when you can sext?

As I see it, some things can be imitated, but not truly replaced. I cling to that life-preserver as I navigate the shifting seas of today’s digital existence.

Posted by Lisabet Sarai at 9:50 AM

Do you remember the line from "Jesus Christ, Superstar," the musical? Pilate is talking to Jesus, when the folks brought him in to be judged and crucified. He says, "We both have truths. Are mine the same as yours?" So the idea of truth being in the eyes of the beholder, like beauty, has come to fruition. And even people I view as intelligent, can believe things that are so patently delusional, even oxymoronical, that I worry that I must have "read" them wrong. Especially when you throw religion into the mix. You have otherwise intelligent people, very religious, moral and upstanding, who never lie, supporting the usurper in the White House, who has committed most of the 7 deadly sins, and brags about them in public. Yet like in Les Miserables, he gets a pass, while the poor person who steals to eat, gets tossed in jail, where they can't afford bond either.

So even the meaning of truth is becoming open for interpretation. "We all have truths--are mine the same as yours?" If so, we can be friends. If not, then get out before I sic my dogs on you. Sigh.

And I, for one, agree with you about hoping I never live to see people preferring to be artificially stimulated, rather than actually experiencing the marvels of read life. So much sci-fi devoted to that. The Matrix. The Machine Stops by E. M. Forster, to name just a few off the top of my head. If humans ever do venture out into space, maybe then we'll have to develop that kind of outlet for them. But for now? I embrace reality--it's messy, dirty, smelly, and gloriously capable of making me feel alive, in ways that holograms never will.

As Kellyanne Conway said, "There are Alternative facts."

Fiona - I do think that we each have our truths. That's always been the case, it just has become much easier to see.