Traveling with your family can be murder - #CozyMystery #Iceland #Giveaway @ark_author 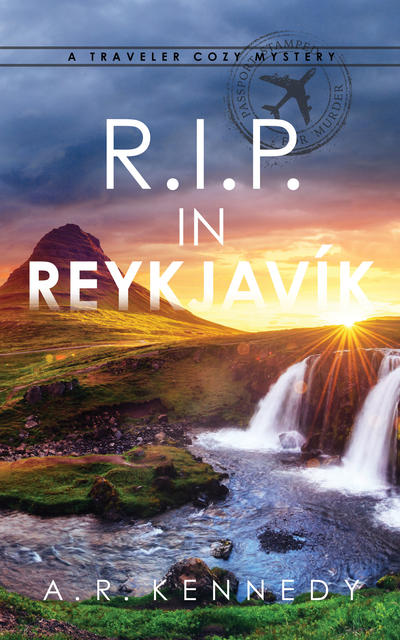 One wedding party + one estranged mother = another vacation that goes awry for Naomi.

Naomi is off on another international vacation. She thinks traveling with her mother will be the most difficult part of her trip until she meets the rest of the tour group—a wedding party. It only gets worse when she finds the groom dead. Everyone’s a suspect on her Icelandic tour of this stunning country.

I had only one thought at breakfast. How did a young man die on vacation? There was no accident, no trauma, no nothing. He was fine one moment. Dead the next. It didn’t make sense.

I could hear her saying that it was ludicrous that I had found a dead body on vacation. Again. But this wasn’t a murder.

Milo’s death had to be what it appeared to be. A tragic accident. He drowned. The police were doing their due diligence in the unexpected death. An autopsy would reveal an accident. I could return to enjoying my vacation, with my mother.

Or at least trying to.

“What are you doing?” I asked my mother when I returned to the room after breakfast.

She was writing in a notebook, as if she were journaling. It had to be her latest fad.

“Recording my recollection of the event,” she answered.

“Didn’t the police take your report?” I asked.

“Yes.” She put her pen down and closed the book. “But this is for Dateline.”

“For the investigation show. You have to know it. I watch every weekend.”

“And why would you need notes?” I asked.

“Because I’m sure we’ll be called in.” There was an excitement in her voice that was disturbing. “We were eyewitnesses. You pointed it out to that guide.” She seemed oddly proud of that.

“Yeah, the guide. They’ll probably want to talk to him too. But maybe his company won’t let him talk to the press. It’s not really the publicity the touring company would want, right?”

I ignored her question. “Did you see something useful?” I asked.

“Not that I know of. But these shows would want to talk to anyone who could give them any perspective. I had a bird’s-eye view of all of you. You were only a few feet away. You flirted with the dead man shortly before his death.”

“I did not flirt with the groom, Mother.”

“I’m not judging,” she retorted. “He was a good-looking guy. You’ve done worse. Do what you want on vacation. Anyway, the shows won’t care.”

“Definitely. There’s 48 Hours, plus the ID Network has a bunch of shows. We would do them all.”

She didn’t note my horror and continued, with even more excitement. “New groom dies on vacation. That’s a big story. Plus, he’s handsome. They always love when the handsome ones die.”

“Mother!” I rebuked. “He drowned. Why would Dateline or any of those shows do a story on a drowning?”

“Because he was murdered! Had to be. Who drowns snorkeling in clear calm water? I Googled it. No one has died there before. You heard the police. They told us to stay in town.”

“Considering our return flight isn’t for several days, I think we’re good.” I went into the bathroom but then stopped. “What do you mean you Googled it?” My mother was not good with technology. That was more her mother’s area of expertise. “Let me see this Google search.”

She handed me her phone. The detective had told me others had died there. I couldn’t imagine he would be wrong. Or worse, that my mother was right.

I hit her internet browser and pulled up her last search. “Death at Thingamajig.”

I handed her back her phone. “We were at Thingvellir yesterday, Mother. Not at ‘Thingamjig’.”

“Close enough,” she said, dismissing me.

I didn’t bother Googling deaths in Iceland for her. We still had a few more days on vacation and I wanted to leave the hotel again.

I glanced at my watch. “We have two hours until our tour.”

“Check the itinerary. I’m going to walk around Reykjavík.”

The hotel was at Old Harbour with the city center only a few blocks away. As I exited the hotel, I took in the harbour’s pier with the many fishing and tour boats docked. The pier was lined with large teal buildings, housing restaurants and touring services. Mount Esja was in the distance.

I took a deep breath of the clean air. No smog here. Other than spending time with Pops as a child, I could not remember ever breathing air as fresh.

I read the harbor’s sign about the touring companies stationed there. Whale-watching options were plentiful. I’d have to check back later on pricing when they opened.

My phone rang as I walked up the hill toward the city center. I almost didn’t check it, assuming it was my mother, asking where we were going later. I was surprised when I saw Charlotte’s name and face appear.

“What is it with you and finding dead bodies on vacation?” she asked when I accepted the video call.

“I didn’t find a dead body on this vacation,” I answered.

“That’s not what Mom said.”

I closed my eyes and took a deep breath. I shouldn’t have been surprised my mother had told Charlotte. I should be surprised that I didn’t get this phone call last night. “Okay, technically, I found it. I noticed it before anyone else and I pointed it out to the guide. But the guide really found it.”

She smiled. “You certainly found your travel partner on this one, didn’t you?"

“The man drowned. It’s a shame. Tragic, really. But not murder.”

I didn’t like her tone. I didn’t know what it meant, but I knew it wasn’t good. “What is that supposed to mean?” I asked.

“Mom thinks it’s a murder, so you think it’s an accident. You always have to take the opposite side from her.” 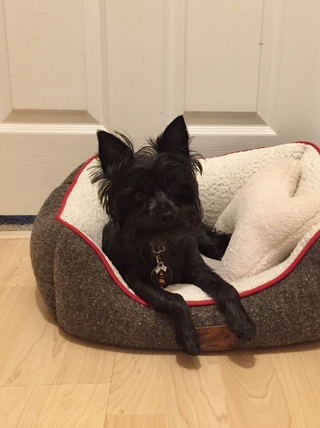 A R Kennedy lives in Long Beach, New York, with her two pups. She works hard to put food on the floor for them. As her favorite T-shirt says, ‘I work so my dog can have a better life'. She’s an avid traveler. But don’t worry. While she’s away, her parents dote on their grand-puppies even more than she does. Her writing is a combination of her love of travel, animals, and the journey we all take to find ourselves.

A.R. Kennedy will be awarding a $25 Amazon or B/N GC to a randomly drawn winner

Welcome to Beyond Romance, A.R.!

I've always wanted to visit Iceland. Guess reading your book would be the next best thing.

Thank you!
I hope reading the book feels like you are with Naomi. That is my goal with the series--for the reader to feel part of the journey to international locales.