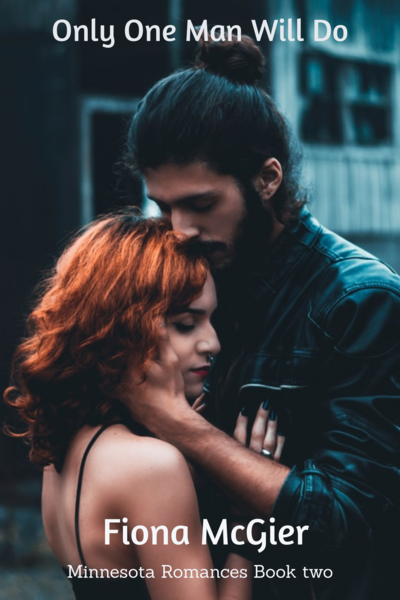 Tough-as-nails businesswoman by day, Alexandra is a biker queen by night. When a large Russian man inserts himself into her life, she follows her instincts to some explosive sex. But he's not willing to share her with her gang, and she's not willing to give up other men.

When two of her bikers are killed, Dmitri is the main suspect. How far is he willing to go to keep her to himself? And has she really fallen in love for the first time ever -with a murderer?

Note: Lisabet reviewed this book years ago, when it was first published:

A good deal of the book is devoted to the wild, delicious sex that Alex and Dimitri share. I was impressed by the variety Ms. McGier included in the sex scenes, despite the fact that all were heterosexual and vanilla. Her protagonists have a phenomenal capacity for pleasure that reminds me of my younger, wilder days.

Overall, I really enjoyed Only One Man Will Do. It’s a sexy and satisfying romance— especially recommended if you’re tired of doormat heroines! I strongly identified with Alex. I too believed I could never be happy with just one man. For once, I was glad to be proved wrong, and so, ultimately, is she.

This is the first morning after Alexandra invited Dmitri to spend the night with her -after they destroyed some of her office furniture and her business suit in her office. She has to meet her dad briefly, so Dmitri will have to leave. But what about the evening?

Dmitri took a big swallow of his coffee before he spoke. "Does this mean you're throwing me out after breakfast and -" his dark eyes glittered like coals, "More world-class fucking?"

Alexandra leaned back in her chair and sipped her coffee slowly. "Depends. The only plan I have is to meet Dad. I'll only be there for a couple of hours. After that, I'd like to grab some dinner, then go hit some biker bars. I get antsy this time of year, when I can't just hop on my bike and ride. I hate having to drive in my SUV to go party, but it's impossible to stay on the road on a Harley with this much snow and ice. I hate March! I'm so tired of cold and snow!"

"Are you inviting me to tag along?"

Her hazel eyes sparkled with amusement. "Do you think you're up for it? I'm well-known in the places I hang out in. The guys will want to test you, to be sure you're good enough for me. You might end up in a few fights before the night is over."

He poured himself more coffee and after stirring milk into it, looked deeply into her eyes. "Will the night be over after the bars? Or am I invited to once again, share your bed? Or is that what you expect I'll be fighting for, when the other bikers are testing me?"

Alexandra laughed. "You're really something, you know that? No, the night won't be over after the bars. And yes, you'll be getting tested by other men. You can pretty much assume that I've fucked most of the guys in the bars. I've been riding with my gang for a long time. I hand-picked who's allowed to ride with me."

He nodded. "The women too?"

Her eyes narrowed. "Are you asking me if I swing both ways?"

"Watching someone else make you come is not my idea of a good time." He growled as he got up. He moved quickly to stand in front of her and pulled her hands to get her to stand up. One hand quickly moved behind her to cup her butt cheek, pressing her into his cock. His other hand tweaked her nipple then trailed up her neck to rest under her chin, forcing her to look into his eyes.

He growled again, shaking his head slowly. "No!" His hand moved back into her hair to pull her head forward as he crushed her lips with his.

She whimpered as he moved his hips back, to allow him to force his cock between her legs. She squeezed her upper thighs together, feeling him harden even more from the pressure. "Bedroom?" Her voice was a hoarse croak, her throat raspy from panting.

They only made it as far as the living room before he bent her over the back of the couch and eased himself into her again. 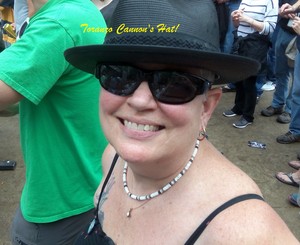 Hey, when you're attempting to seduce a woman who loves sex as much as she does, you'd better be prepared to satisfy her in a big way, and often!

To find out more about me and my books, you can visit me.
Website-blog is first page - http://www.fionamcgier.com

Scroll down to find links to all of my books.

You can always download the first 20% of any book, to see if you want to read it.

Note: If you have a Kindle, download the Mobi version. Then send it as an attachment to an email, to your kindle. You'll get a request from Amazon, wondering if you really want this book. Say yes and it will appear on your Kindle.

I loved this book. And the new cover is fabulous! Hope the relaunch brings you lots of sales.

Thanks, Lisabet! I think this is my favorite, so far, of the covers my husband has done. He's an engineer, so this allows him to be creative in an artistic way. Win-win for everyone! Plus I REALLY enjoy "paying him back." Snicker.