Falling in love can be deadly.... #FionaMcGier #Spies #EroticRomance #OnSale 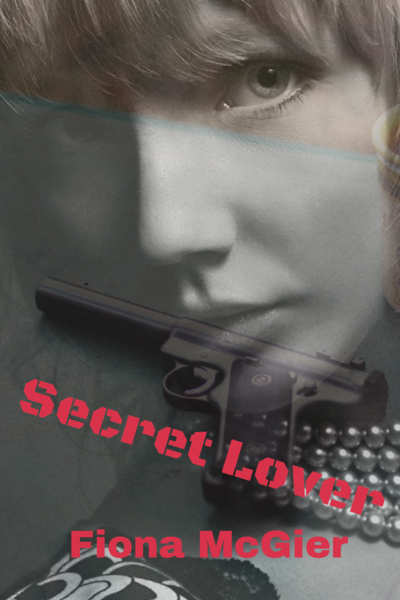 Sheena has spent twelve years saving the world, one assignment at a time. She enjoys the work, but is getting bored. She tries her usual cure; a new man. What starts out as a hot affair with a famous Native American action movie star becomes serious – she develops feelings. And in her world, even having feelings is dangerous. Indulging them by falling in love can be deadly – for both of them.

This is the first time they have sex. Sheena has told him her name is Lenora, and invited him to join her in an agency-owned apartment, explaining to him that once he leaves, he won't be able to return. Reluctantly, he agrees.

"When I get called back to work, I have to go. Until then, I belong to you."

Agreed. Now can we get to the bedroom? Or do I have to take you here?"

"Here, in there, in the bathtub, and anywhere else we can think of. There are a lot of hours in a day." It was increasingly difficult to talk, with his hands setting her skin on fire all over her body.

"What do I get out of my concession?" They got up off of the couch.

She took his hand to lead him into the bedroom, giving him an arch look backwards over her shoulder. "I not only know the entire Kama Sutra, but I wrote a couple more chapters for it, with positions those ancient Indian guys never even thought of!"

He let out a low groan as she led him into the bedroom, and he took in the king-sized bed with the mirrors all around it. "Then if we only have a few days, we'd better get going right now!" He threw his jacket on the floor, then sat on the bed. Pulling her close, he nibbled at her lips, while she stood in front of him and quivered. His hands started at her thighs, then massaged their way up to the top of the zipper for her dress. He pulled the zipper down, then slowly slid the dress off of her shoulders, down her body, to reveal the matching lace bra, garters and thong that she wore underneath it.
"Wait." He was panting, leaning his head against her chest, trying to concentrate enough to make coherent words come out. "Birth control. I have condoms with me. Do we need them?"

Pleased at his thoughtfulness, she smiled, looking him in the eye when he gazed up at her. "No, we don't. I'm on the pill, and it's a special, proto-type thing, that also has disease-fighting properties. All of my recent STD tests were negative, so as long as you are okay with that, it’s enough for me."

"Good!" He groaned as he lay back on the bed, pulling her on top of him again, while he fumbled at the clasp for her bra.

When he had it undone, she sat up, straddling him as he pulled her bra off. She ground herself on his erection, ignoring the almost painful feeling of the zipper cutting into her, as she pulled off his shirt, then leaned over to lick and suck at his nipples.

His hands were busy on her body, then he pushed her over, to hold her hands over her head, as he bent his head down to allow his tongue to explore each breast. "I get the feeling you are used to being in control, Lenora," he said in a low voice. "But so am I. So what do we do? Who's in charge now?" He was making her moan and squirm, his mouth fastened on one nipple. He alternately licked, suckled, and bit at her nipple, while twisting the other one gently, then with more force, varying the pressure on both. He had let go of her hands to concentrate on her breasts.
She got busy with those hands. She slid them into his pants, and kneaded his butt cheeks. So hard, so firm, and so strong! Then she pulled her hands out and pushed at him, to get him to lift his hips enough for her to work at the zipper that had been digging into her. Once she had it undone, she slid his pants down and was finally able to grasp his swollen cock. The size of it increased her feeling of anticipation, while the time and attention he was giving to foreplay promised a sensitive and attentive lover--something she had not had in a very long time.

He hesitated now, looking deeply into her eyes. "Last one naked has to be on the bottom?"

With a smile she pushed him off of her, and quickly tore off her thong, leaving the garter belt and nylons still on. His pants tossed off into the corner, he reached for her again, the look in his eyes almost feral as he crawled towards her, then positioned himself between her legs, and began to rub himself against her. Feeling her slick and ready for him, he firmly grabbed both of her hips, and steadily pushed his way into her hot core. She came almost immediately.

Her quick response seemed to surprise him, the spasms of her inner muscles causing him to almost lose his tenuous control over his own instincts. He pulled back and pounded himself into her over and over, drawing himself almost all of the way out then slamming back into her, and each time he filled her again, he felt her quiver into another orgasm. He grunted with his efforts, dug his fingers into her butt cheeks, and gritted his teeth, to try to regain control over himself, but the battle was already lost. He threw his head back and howled, as his orgasm made him spasm repeatedly inside of her, the hot come forcing itself higher and higher into her. Yet still he shook and trembled, in tune with her multiple orgasms.

She rode his orgasm, spiraling into yet more and more for herself, screaming out her pleasure. Finally he collapsed onto her, and she lay almost unconscious. She was aware that she could barely breathe, but was not able to complain about it, since she was still having smaller orgasm-spasms that made her whimper and clench herself around his still-formidable, semi-erect manhood.

"Am I crushing you?" He spoke quietly when her muscles finally stopped quivering and squeezing him, and she lay still.

"Yes, but I don't care."Her hands were busy rubbing his back, massaging the length of him, from his perfectly-shaped butt cheeks, up to his wide shoulders, then back down again. She felt as if she would never be able to get enough of feeling his skin under her hands, or of his body inside of her, and she was loathe to let go of him with any part of herself.

"Turn on your side, honey, and I will too. That way I can stay inside of you, but you will be able to breathe easier."

They both turned, and he moved her top leg onto his hip, so that he maintained the depth of penetration that kept his balls snug against her butt.

She was surprised that he started to push back and forth, and wiggle himself around in her. "What? Are you already up for more?"

He smiled at her, a cross between a wicked leer, and a smoldering look of passion, his dark eyes black with emotion. "I told you it had been a long time for me. I didn't have any plans to end my voluntary abstinence until I saw you. Then I realized just how long it had been, and the urge to take you was overwhelming. We're both lucky that I was able to control myself until we got up here. The paparazzi would have had a field day!" 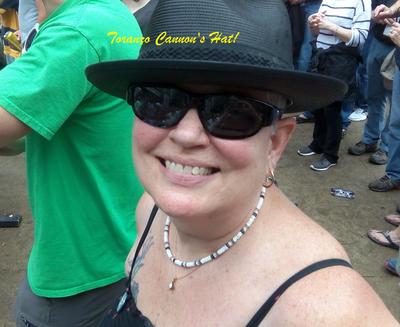 To find out more about me and my books, you can visit me.

Scroll down to find links to all of my books.

You can always download the first 20% of any book, to see if you want to read it.

Note: If you have a Kindle, download the Mobi version. Then send it as an attachment to an email, to your Kindle. You'll get a request from Amazon, wondering if you really want this book. Say yes and it will appear on your Kindle.

Welcome to Beyond Romance, Fiona!

I love your cover. Hope my readers do,too!

Thanks, Lisabet! Despite the gorgeous day, I'm crawling back into my writing cave today. I'm trying to finish another spy book. These days, we really need something to take us out of reality, and to supply a happy ending. Oh, and some heat too! We always need some hot and nasty!