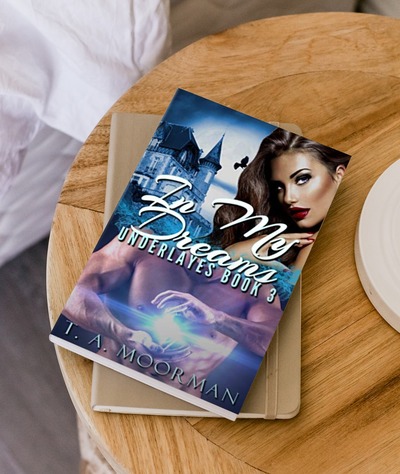 Reina and Ricardo have a relationship that’s as close to perfect as one can get.

Coming home after a romantic honeymoon, they’re ready to settle down and begin their life together. But when Reina literally bumps into someone from her past, their future turns into a thing of uncertainty, and her life begins to unravel. Things are no longer as they seem when this dangerous stranger embeds himself into their lives.

Will this vampire and his bride survive a wizard bound and determined to recreate his obedient mate from a past life? Or will they show him that sometimes the past is best left buried?

“Spill the beans woman before I lose my ever-loving mind.” I loved making Kenya wait, she was the most impatient female I knew. Lizzie was turning beat red as she did her best not to laugh. Whether from the expressions on Kenya’s face, or the bright pink lipstick she’d decided to try that seemed to glow, I had no idea. Maybe it was both. Kenya sat back in her seat and crossed her arms at her very ample chest, which drew more attention to the blindingly bright yellow dress she had on. The way she was dressed was a sure sign the two of them must have had a fight about something. It was the only time Kenya pulled out the tackiest looking clothes she could find. And with her exotic midnight sky complexion the neon bright material looked like it was actually glowing in the dark, and it was broad daylight.

“Lizzie, did you really have to piss her off today?” I eyeballed her as I asked the question and did my best to hold in the laugh that bubbled up in my throat. Lizzie looked conservative in comparison to her mate. She wore a black leather catsuit which only had one sleeve, the other didn’t have so much as a spaghetti strap which showed off her slightly muscular, milky cream arm. With her blonde hair pulled to the top of her head in a sleek ponytail and cut bangs that hung right below her eyebrows she looked like she had just walked off the Charlies Angels film set. The two of them already resembled night and day as it was, even without Kenya’s added antics. “I mean, come on. How am I supposed to give y’all all the details you’ve been waiting to hear while trying to avoid looking at a Rainbow Brite reject for too long? Is she doing an experiment that neither of us know about? Can supes go blind, and if so what kind?”

Lizzie couldn’t stop the laugh that came from her mouth, which was unfortunate considering she had just taken a huge sip of her extra dead red bubbly. Good thing she had on black. One of the waiters came rushing over with more than a few extra napkins as Lizzie began to explain, “Your friend has a case of baby fever and is doing her level best to pass it on to me.” Was her sultry reply.

“So?” That really didn’t explain much, not given their situation, “Lizzie, I thought the two of you worked that out a long time ago. That you were going to start your family right around now. It’s been, what, twenty-five years already, right?” That earned me a scoff and an eyeroll from Kenya.

Lizzie went on to say to me, “Having the baby isn’t what the problem is. The problem is that she wants me to be the one to carry it. That was not part of the deal, and she knows it.”

“But you handle pain so much better than I do.” Kenya replied as she did her level best to pout with her arms crossed against her chest. Which only made Lizzie and I laugh that much harder.

Once I was finally able to curtail my laughter I asked Kenya, “So you mean to tell me you over there huffin and puffin over something you have no business being mad about?” when she made no attempt to respond I continued, “Why would you even want Lizzie to carry the baby? She’s part of the Guard you whacko.” I laughed a bit more when she rolled her eyes at that, “Goddess, I really missed this.”

“You’re the one that decided to take a ten-year honeymoon.” Lizzie said as she scooted back her chair and stood, “Now, if you’ll excuse me, I think I see my dinner. Don’t spill any details until I get back.”

After she bent down to give Kenya a kiss on her still pouting, bright lips, Lizzie sashayed off to the dancefloor where willing donors were dancing to some new techno beat. We were at Club Vamptasy. That had been my first visit to the club since it had been built while I was still abroad on my honeymoon. Apparently, the royal families created a new bar, or club, in each district as peace offerings after the wars. Well, they called them the wars, but if you asked me it was more like a huge family feud between the vampires, witches, and Rasputins, with a few others caught in the crossfire. Guess it was just one of those ‘all in how you look at it’ things. The clubs weren’t segregated or anything stupid such as that, just each catered to specific factions needs. But everyone was allowed to come and have a good time.

At Club Vamptasy, the snack bar was literally on the dance floor. Human donors of every variety swayed to the beat with their necks and wrists exposed. If a vampire wanted to take a more intimate vein they had to do so in one of the private rooms in the back. I hadn’t been to a private room or the snack bar yet, didn’t have a need. I had already fully fed before I left home. To each their own and all that, but I’d much rather feed at home than in public. Guess a part of me would just always be a tad bit shy. Though my mate did tend to bring out my wild side; which was part of the reason I left him at home. The other part was that he was out catching up with his own friends.

I don’t think I could have stopped smiling had I wanted to as I my eyes locked onto Kenya as she watched her wife sink her fangs into one of the women on the dance floor, “My Goddess, does the euphoric feeling ever go away?” I absently asked her.

“No.” Kenya laughed slightly before she continued, her eyes still glued to the female she loved, “Do not get me wrong, we fight, which you already know. But the love? That just grows so much stronger. I have heard horror stories of wrong mates being matched by fate, but that is not the case for us.”

I shuttered at the unexpected chill those words made shoot up my spine, “Yeah, I really hope those are just rumors.”

Completely ignoring me, Kenya puckered up her lips for a kiss as Lizzie sashayed her way back to where we sat, “Reina, can you tell your friend over there to put those bright ass lips down? I am not getting that neon mess on me.” Lizzie said as she plopped down in her chair. The three of us couldn’t help but all laugh.

It felt good to be back home, though the more I recapped my honeymoon, the more I missed my mate. Since Lizzie was part of the royal guard, the waiter kept us topped off with only the top shelf mixtures. The alchemist had done a fabulous job of creating all types of alcoholic beverages mixed with blood that we could consume without getting sick, as long as we didn’t go overboard with it. They held no nutritional value whatsoever, but they tasted good and being able to get tipsy was more than a little bit of fun. But, they did make us have to use the restroom, something we normally only did maybe twice a day. Me more so than others as evidenced by the squeaky chorus of, “Again?”, I received from Lizzie and Kenya when I excused myself from the table.

The place wasn’t jam packed, but it did have a decent enough sized crowd that I had to say excuse me several times before I finally made my way to the restroom. There was less of a crowd there, sense most were still leery of the new drinks. Altogether the daunting task took probably less than two minutes.

I was headed back to where me and the girls had been seated when a rather large hand grabbed my upper arm and spun me around, “Josephine?”, he said once we were face to face. His voice was deep and gravelly, and sent chills down my spine, and not in a good way.

“Uh, no. You’ve got the wrong girl.” I said to him with a nervous laugh as I tried but failed to shrug him off, which should have been easy. He wasn’t a vampire, or a shifter, so he wasn’t stronger than me. I closed my eyes for a second to gain my composure and in that small amount of time I could sense that he was a warlock (and no, a warlock isn’t just a male witch, but more like a war mage. And can be either a male or female), but something about him and his magic were just off. If felt crazed, erratic. “Dude, seriously, I’m not whoever you think I am.”

“Josie, baby, it’s me.” Desperation laced his words and pulled at my heartstrings even though he truly gave me the heebie-jeebies. The silent tear that shed down from his eye swirled with magic and strangely had sparks shooting up the birthmark on my hipbone.

“Hey, Rena. We got a problem here?” Bruno, one of the barrel-chested, brutal looking members of the royal guard came to the rescue just as the stranger was about to pull me closer to him. Bruno grabbed the male’s hand away from me while he said to me, “You just go ‘head wit da girls and finish y’alls night whiles I have a word or two with our new friend here.”

Right before I walked off I said to Bruno, “Don’t be too hard on him, he just thought I was someone else.” I almost changed my words when I looked down and saw a magic burn mark on my arm where he had been holding onto me.

“Are you okay?” Kenya asked once I made my way back to the table.

“Yeah, no, I don’t know. That whole little encounter just felt…wrong. Maybe we should just go.” As we parted ways I couldn’t help the eerie feeling that I’d seen that mystery male before, and would again. 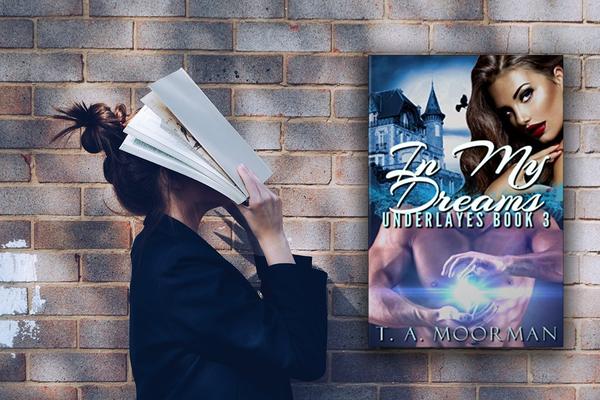 T. A. resides in Detroit, Michigan with her five children, and the rest of her dysfunctional family, where she was born and raised. She started her writing career in the midst of a very hard time in her life and is now a best-selling author. Her debut and award-winning novel, Witch Wars, and the world of Underlayes, was born from a mind that desperately needed an escape, so she created one.

The novel was inspired by her love of all things paranormal and how she wanted it seen. “We live in a diverse world, shouldn’t all of the characters in books, even paranormal also be diverse,” she says. “I saw so few paranormal books with a diverse cast until I read L. A. Banks. You know, with more than one or two diverse characters thrown in for good measure. Mine have it all, too.”