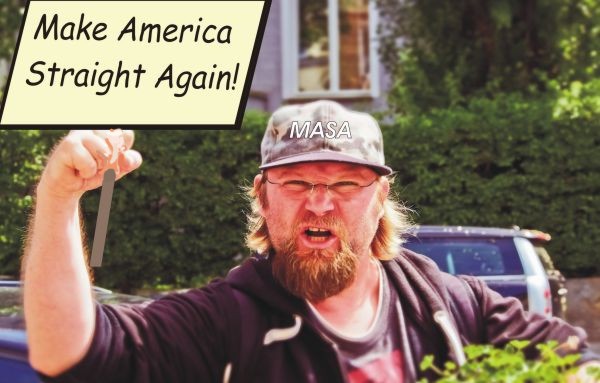 This entire scenario is intended to be somewhat tongue in cheek— but not completely. I try not to mix too much politics into my erotica, but I do sometimes worry about half-crazy fundamentalists who want to impose their sexual mores on me.

Don’t get me wrong. I believe that each individual has the right to any sort of beliefs about sex (or religion, or pretty much anything else) and to live according to those beliefs—as long as they don’t impose these beliefs on anyone else, or infringe on other people’s rights to behave as they believe and choose. So, in my view, you’re perfectly free to think that lesbian and gay people are going to hell. You may not, however, attack, mistreat, or discriminate against someone who’s lesbian or gay.

C’mon, if you really believe those people are damned, let God take care of it.

Meanwhile, I think that in many cases extremist beliefs stem from the believer’s personal uncertainties about the issue in question. It’s well documented, for instance, that many men who exhibit homophobia actually harbor secret homoerotic desires. If you weren’t secretly fascinated by kinky sex, why should you care if someone else practices it?

So this idea found its way into Babes in Bondage also. Patricia Hastings, the guiding light of the Anti-Porn Brigade (a more extreme splinter group inside the Citizens Resisting American Perversion), constantly fights her own kinky fantasies.

Of course, given that this book has a happy ending—she ultimately learns to embrace her inner submissive!

Here’s the excerpt in which we first meet the delectable and conflicted Patty. 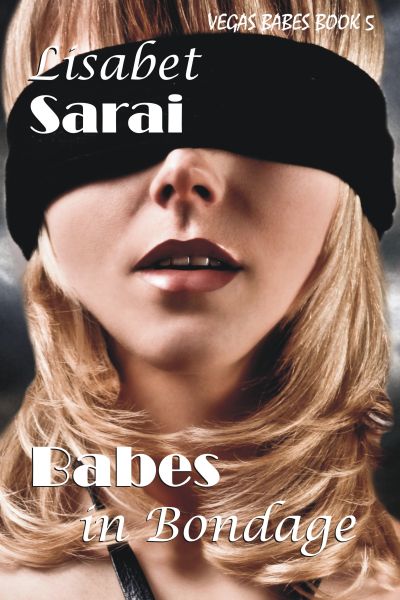 The TV footage of the righteous crowd besieging the convention center entrance filled Patty with pride. This had to be one of C.R.A.P’s most successful actions ever. Police armed with shields held back the protesters, creating a gauntlet through which other officers escorted the attendees and vendors exiting the facility. Looking harried and scared, the perverts flinched away from the taunts and the occasional rotten vegetable as they scrambled toward buses waiting outside the perimeter. It served them right. Maybe the experience would make them change their ways.

Patty caught a glimpse of her father, standing with a mic on a flat bed truck, leading the chants. In his tailored suit and white Stetson hat, Senator Ernest B. Hastings was rugged and distinguished, a beacon of moral rectitude, a man with a mission. A pity his tactics were so old-fashioned.

The broadcast cut to the buxom anchorwoman, who gazed into the camera with feigned concern.
“We’ve just learned that the Worldwide Pleasure and Lifestyle Exhibition will close this evening, two days ahead of schedule. There are rumors that the organizers plan to sue the city.”

“Whooee!” Jinx and Joey, her two lieutenants, crowed in unison. “We did it! We shut the pervs down.”

“We did indeed,” she answered. “I really appreciate your help, boys.” Jinx had hacked into the convention center management systems to pinpoint the location of the electrical control room. Joey had driven the motorcycle she’d used for her getaway. It had been Patty’s job, though, to infiltrate the building, find the transformers and plant the explosives.

It has been surprisingly easy. Amid the garish costumes and general lewdness of the Fair, nobody had thought twice about stopping a pretty blonde wearing a leather bikini, high heel boots and elbow-length satin gloves.

She clicked off the news, then rose to her feet. “You’d better go. The banquet’s at seven, and I’m supposed to give the keynote. I’ve got to shower and get ready.”

Jinx unfolded his skinny limbs from the hotel room couch. He stuck a hand under his military-style fatigues to scratch his belly. “I’m beat,” he said. “Gonna get some shut-eye before the festivities. Unless of course you need s’more help…” His transparent leer made her skin crawl.

“Thanks, but no. You and Joey have done more than enough. See you tonight.”

“Okay, Miss Patty.” Joey scooped up the last two potato chips from the bowl in front of him and crammed them into his mouth, then lumbered after Jinx. “Congratulations.”

Patty closed the door behind them with a sigh of relief. She’d deliberately recruited guys who not only possessed the skills she needed, but who were also physically unattractive. She couldn’t afford to be distracted by any weakness of the flesh that might derail her plans. Furthermore, she had to maintain her image as the incorruptible virgin vice-president of Citizens Resisting.

It’s so, so hard sometimes, she thought, as she tossed her own fatigues in the laundry basket. I’ve got desires, like any young woman. But I’ve got to be strong, for Dad – and for Mom…

Want more? Get your copy of Babes in Bondage today!