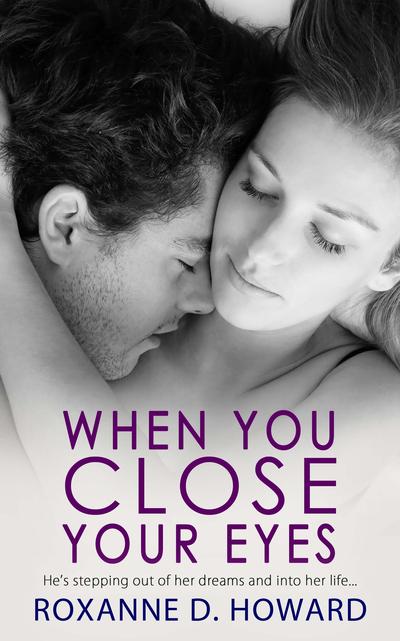 Dreams are the perfect shelter for fantasies, safe havens to step inside without changing our daily lives. For Lark Braithwaite, all that is about to change. During the last six months, Lark has dreamt of a mysterious Irish lover who knows what she wants and gives her exactly what she needs. In her waking life in busy London, things aren't as ideal as her long-term relationship with her controlling fiancé Charles has hit a dry spell.

When Lark is called home to Oregon for her father's funeral, she comes face to face with the demons from her past, but she never expects to meet her dream lover in the flesh. Niall O'Hagan steps straight out of her fantasies and into her life, and the powerful connection they share rocks her foundation. Although she's dealing with the bitterness of her fiancé's betrayal and his jealousy, Niall soon stirs Lark's awareness of her superficial existence and reawakens her sexuality....and her soul.

If the kiss had stayed careful and guarded, she might have continued to question it. But the blindfold disappeared. She’d fallen asleep. Her eyes flew open, and he was there. Oh, my God. He was there! Heated eyes watched her. Rakish dark hair fell over his forehead as he breathed hard, and the morning sun lit up the world behind him. She shuddered and took a deep breath to speak, but his hands moved to cup her face. He held still and closed his eyes as his lips took her mouth. Right then and there, she knew with crystal clarity this was real. This was the weight of a real man on top of her, clothed. He smelled citrusy and freshly laundered. What in the hell is this?

How did he get here? He was only her dream lover.

Confused beyond all comprehension, Lark didn’t have any time to contemplate a single thing. His lips delivered a breath-stealing, soul-shattering kiss, and then they were all over each other. This, ah, this she knew. Lark hooked her ankle over his, put a hand on his shoulder, and tried to rid him of his jacket as she drew him closer. She fisted his hair as he devoured her mouth. He tasted the same as her dream lover, and she put her tongue in his mouth to savor more of his tangy sweetness.

They both made noises they never had in her dreams, breathy gasps and blasts of air as their mouths met and separated as they sought new angles and depths to their passion.

He made a disgruntled sound as he tried to get more comfortable in the cradle of her hips over the hindrance of clothes. This wasn’t a dream. He nibbled on her lower lip as she opened her mouth to tell him to stop, but then he carried her away in the undercurrent of his large, warm hands, which caressed the skin of her stomach beneath her hoodie and T-shirt. She continued to accept his kisses but pawed her zipped-up sweat jacket. Okay, so she was still clothed. He was rock hard against her, and he ground his hips into her. A disbelieving grunt escaped his lips. Lark shivered at the jolt that went through her.

“Wh— Mmm. Whoa. Stop,” She managed against his mouth. She furrowed her eyebrows and scrutinized him as he breathed in and out. He braced himself on the weight of his hands above her, his bright green eyes bearing into hers. His face was the face of her dreams—the sensual bowed lips and cleft chin, the built body, and the thick hair. His hair… She blinked. His hair was cut at the nape and styled for a day at work. She glanced at his clothes.

“Um, why are you wearing a suit and tie this time?” She squinted against the sunlight. Please, God, let this be a dream. He moved his head and put her in shade. 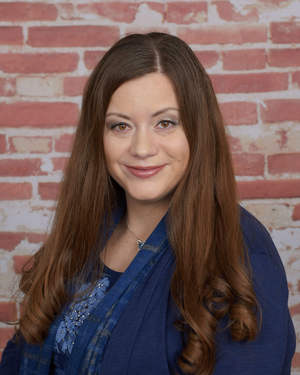 Roxanne D. Howard is a U.S. Army veteran who has a bachelor's degree in Psychology and English. She loves to read poetry, classical literature, and Stephen King. Also, she is an avid Star Wars fan, musical theater nut, and marine biology geek. Roxanne resides in the western U.S., and when she's not writing, she enjoys spending time with her husband and children. Roxanne loves to hear from her readers, and encourages you to contact her via her website and social media.

Roxanne D. Howard will be awarding a $20 Amazon or B/N GC to a randomly drawn winner via rafflecopter during the tour.

Thank you for having me on the blog today! I'm available all day to answer any questions for readers. All the best,
Roxanne D. Howard

I've always had thing for guys with Irish accents.

Hope the tour does really well.

Thank you Lisabet and mahnrafjtb. I hope you enjoy the book!

I like the cover. It’s simplicity is very romantic.

Sounds like a fun read. I hope your book is a success.

What were your favorite books as a child?

Thank you, guys! Bernie, my favorite books as a child were Little Women by Louisa May Alcott, everything by Stephen King (I started reading him when I was about 13), and the classics (Jane Austen, Herman Melville, Alex Haley, Shakespeare). :) Thanks for asking!