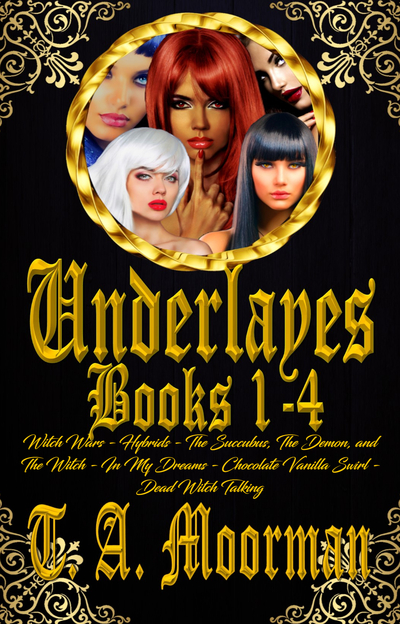 Underlayes is another dimension where all sorts of nocturnal creatures reside; witches, vampires, fae, shifters, werewolves… The dimension was created by all these creatures working side by side to escape the scrutiny and danger to their existence that stemmed from the human world. And they most definitely reek tons of havoc on a regular basis. While there is no racism, discrimination, or bigotry, there's still tons of ignorance, foolery, and good old fashioned jealousy. Including, but not limited to a magical, dysfunctional family. A strong hybrid couple with baby mama drama. Another hybrid that's kidnapped by her own great-grandmother. A female with a second chance at life after suffering domestic violence. And a romantic rendezvous with hellhounds as chaperones.

This special addition not only takes you deeper into the world of Underlayes, it also includes the first four books in the series along with a special Mother's Day short story. That's not all! There's also an Interview with a Demon.

Get ready to laugh, cry, cringe, and maybe even fall in love.

"Fans of Charmed, BlackPanther & Immortals After Dark are sure to fall in love with the new Underlayes series. Full of magic, vampires, witches, demons, & one dysfunctional family nobody would voluntarily cross."

“Yes. No. Just stop!” I shouted in his face, barely able to think, to breathe. “Tonight is the beginning of my courtship with Bran. We have to stop.” Even though stopping was the last thing I wanted.

“You think Bran can make you feel like this?” he damn near growled as he grabbed the back of my head, gripping my hair and rubbing his face in the crook of my neck. He inhaled deeply, sending chills down my spine. “I can smell your lust, Tia, your desire for me. Me, not him.”

“It doesn’t matter,” I replied weakly.

“The hell it doesn’t matter. I am not giving up that easily, Tia. If this is the last chance I have with you, I am taking full advantage. I will make it so that every time you look at him, you will wish it was me.” He ground out each word slowly and precisely through clenched teeth. “Every time he beds you, it will be my face you’ll see, my hands you’ll long for, my name on the tip of your tongue.”

And then he was kissing me again, harder and faster than before. His tongue exploring every inch of my mouth. Our tongues twisting together in a wild, exotic dance. My body felt like it was on fire, and so did his. Then we were sliding down to the floor to our knees. He gently laid me on my back, never breaking our kiss, my legs opening seemingly of their own accord to accommodate his girth. Slowly, oh so slowly, he broke our lingering kiss. He was on top of me, hands on the floor like he was doing a push up, eyes as black as pitch; I could see my blazing eyes reflected in those dark pools.

Still balancing on one arm and looking into my eyes, he was sliding his other hand down my body, pulling off my pants. Very slowly, he slid his hand up the inside of my thighs, spreading them apart. His hand crept up my inner thigh until he found that spot that let him know just how hot and wet I was for him. Then he was nipping and licking his way down my neck while flicking his thumb over my clit, making my body shudder against his. When he found my breast and took as much of it into his mouth as he could, he drove two fingers inside me. Then he released my breast and kissed his way down to my navel, licking delicately down toward more sensitive regions, all the while his fingers caressing, rubbing, and probing. Suddenly, just when I thought I was about to explode with pleasure, his fingers were replaced by his tongue, going deeper than I would have thought possible, and he was drinking me like I was the finest wine.

Somewhere in all of that, he must have taken off his own pants, because suddenly he was once again hovering over me, and with our gazes locked he thrust every inch of himself inside me—and trust me, there were a lot of inches—leaving me gasping for air and wanting to beg for more.

“If you want me to stop, tell me now and I will,” he snarled, pulling out slowly until only the tip of him was left inside, making a small sound escape from my lips. “But if I am only allowed this one last time, allow me at least this much to keep with me. Allow me to have every piece of you, if only once more.” He gave another deep, powerful thrust, making me cry out. “Allow me to give you every inch of myself for just one final time. Allow me to feel every hot, sweet spot that is all you. Even if you do go on with this foolish plan, he will only have your body. Only I will forever own your heart.”

He kissed me again, then said, “I swear, you will regret leaving me.” 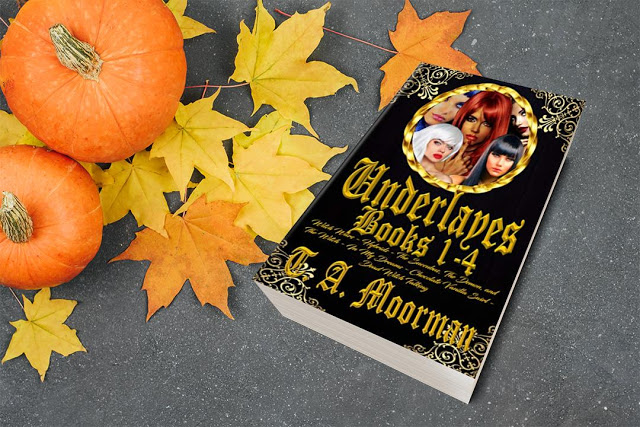 
When you become a Mom, you begin to put yourself last, and your combat boots begin to collect dust. Going to your child's PTA meetings in full Gothic, especially industrial, regalia is pretty much frowned upon. Especially by your own children, and your teens would die of a heart attack. But, one should not have to completely stop being themselves, uniqueness is greatness. So all of that darkness is put into words in her books, and designs in her jewelry sold in her Gothic Moms Dark Charms shop on Etsy and Rebels Market.

Best-selling and Award Winning Author, also a single mother of five beautiful children, but by far more than just that. T. A. Moorman is an artist, a former violinist, a seamstress, a crafter, a writer, a blogger, a reviewer, a dark confidant and a darkly dangerous, fiercely protective friend. And now also a student of the University of Phoenix! She still hopes to one day find her Dark Knight in shining armor, since Prince Charming would never be able to handle her. And currently broke, so go buy something of hers and tell everyone you know how much you love her books. 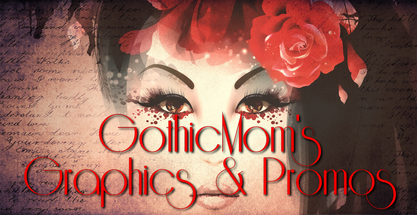 Love the graphics! You're very talented!