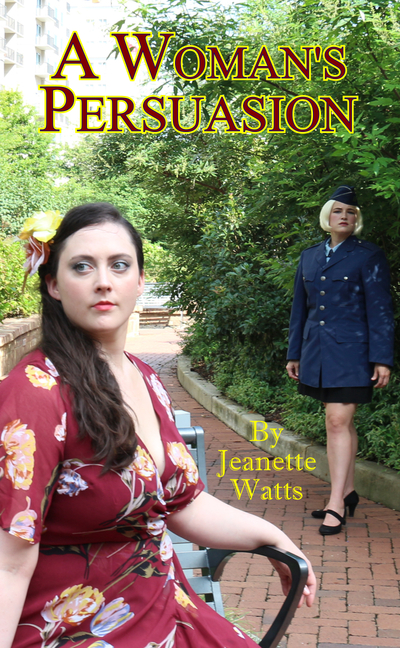 What would you do for a second chance at a perfect love?

Anne's privileged family forced her to break off her romance with Freddie Wentworth, an Air Force pilot; they didn't approve. Almost eight years later, Freddie is back in her life. Can they rekindle an old flame? Or is there too much hurt and misunderstanding in the way?

A Moment of Clarity

She looked in the mirror at the result of eight years of self-neglect and self-hatred, and she didn't like what she saw. She wished Freddie could have looked at her and seen that she had improved over the years. It didn't even need to be about her physical appearance. If she would have had three Master's Degrees and a PhD to her name, or a Pulitzer Prize, or an Oscar for Best Screenplay, or a byline in The New Yorker, that would have been something. But she had nothing to show for all the intervening years.

She wondered if Freddie had said the words out of spite, calculating that Henry and Louis would repeat them to her, or they were merely said honestly, not thinking that they might get repeated back to her. She could only assume that Freddie expected the hurtful words to reach her ears. Freddie had not forgiven her.

Well, could she blame her? Her feebleness of character, her inability to stand by her loved one in the face of adversity, wasn't something Freddie would respect. Being in a relationship with a soldier in military service took dedication and courage, not weakness and timidity. Anne couldn’t blame her for being hurt, even disgusted. She was not worthy of the love Freddie had offered her.

The eyes that looked back at her in the mirror confirmed what she already knew. She was going to have to change. It was too late with Freddie, but she needed to be a person she could respect. She wanted her self-respect back. 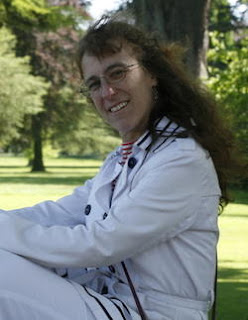 Jeanette Watts was happily writing historical fiction when she got the idea for her first Jane Austen-inspired novel, Jane Austen Lied to Me. Going to a JASNA event to work on selling that book, she attended a lecture that asked, "Why does everyone rewrite Pride and Prejudice so much more than her other novels? Why doesn't anyone rewrite Persuasion?"

Jeanette Watts will be awarding a Cameo Necklace to a randomly drawn winner via rafflecopter during the tour.

Welcome to Beyond Romance, Jeanette!

Your tale of this book's genesis is quite funny.

Hi, Lisabet! Glad you like my description! I appreciate your help with my book tour! Best, Jeanette

Interesting cover. Thanks for the giveaway.