For the first time in eternity, the clock is ticking - #Review #Vampires #Giveaway @LNightingale 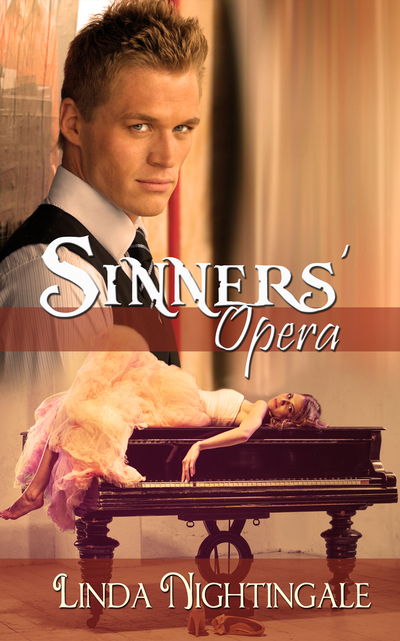 Morgan D'Arcy is an English lord, a classical pianist, and a vampire. He has everything except what he desires most—Isabeau. As the Angel Gabriel he's steered her life and career choice, preparing her to become Lady D'Arcy.

Many forces oppose Morgan's daring plan—not the least of which is Vampyre law.

Isabeau Gervase is a brilliant geneticist. Though she no longer believes in angels, she sees a ticket to a Nobel Prize in Gabriel's secrets—secrets that have led her to a startling conclusion. Gabriel isn't human, and she fully intends to identify the species she named the Angel Genome. Morgan is ready to come back into Isabeau's life, but this time as a man not an angel. Will he outsmart his enemies, protect his beloved and escape death himself? For the first time in eternity, the clock is ticking.

A broken thing, once a man, sprawled in a congealed puddle of blood. My body rebelled, arms and legs unresponsive to my command. I held my breath, stifling tears. My fangs lacerated my lip. Gagging, I clamped a hand to my mouth. The horrified paralysis broke, and I stumbled toward my poor friend. Sorrow resonated in the marrow of my bones. Helplessness beat at me in waves. The hall clock ticked. Agonizing seconds. Finally, I looked at Avery. A pitiful whine wound from my throat.

My manservant’s neck had been savaged, the ever-present bowtie thrown aside. Rubies of blood winked everywhere on his perfect black suit. Countless wounds inflicted by the knife I had given him. I dropped to my knees and lifted his head onto my lap. He was alive, but his heart labored to pump what was left of his blood through his cold body. His chest heaved with the effort of breathing. I whispered his name. Dull eyes rolled open. The hope in them was unbearable, and I strangled on guilt.

Master. His bruised lips tried to form my name. I knew you’d come.

“You’re crying,” he breathed. With the last of his strength, he gripped my sleeve, blue lips quivering. Do it now, Master.

For countless centuries, Man had searched for a way to convert base metals to gold. This vain hope was called the Arcanum. I could save Avery with the true Arcanum. The pale blood in my veins carried the virus that transformed mortality to immortality, but I simply could not. I had never performed the ritual, never intended to do so, unless Isabeau wished to join me in eternity. The hope in his faded eyes died. His pulse slowed, heart fluttering.

“I won’t allow you to die, my friend.” I bowed my head, my hair trailing in his blood.

I don’t read many vampire novels. If you’ll pardon a pun, the genre has really been done to death. Vampire fiction has become as predictable and boring as a political speech. Tropes have become clichés. Characters have degenerated into caricatures. It’s extremely difficult to find an author who can breathe some life into this ossified genre.

Linda Nightingale appears to be one such author.

In many ways, Sinner’s Opera hews to the traditions of vampire romance. The hero, Morgan d’Arcy, is more than four centuries old. He’s unbelievably powerful, irresistibly beautiful, seductive and charming, as well as wealthy. Outside the ken of normal humans, vampires have an elaborate shadow society, with formal rules and mysterious rituals (many named in Capital Letters to reinforce their grave import and consequences). Morgan is also a rogue, rebelling against the laws of the vampire kind in order to seek his own redemption.

Morgan needs blood to survive; his powers ebb quickly if he is starved. And like most fictional vampires, he has few qualms about taking human lives. Though he’s not without compassion, he does not hesitate to kill if that is required for his own survival.

Isabeau Gervase, the heroine, is perhaps less typical than Morgan. A celebrated geneticist, independent and a bit of a loner, she’s not the type to moon over a man, even one as gorgeous and accomplished as Morgan. Nevertheless, like all vampire romance heroines, she falls under Morgan’s spell. He pull hers into his magical orbit, where they share the Blood Bond, make intense and passionate love, and keep the world at bay. Isabeau stops working. Night becomes her day. She’s only full alive when she’s with Morgan.

All this must sound boring and familiar. However, many factors save Sinner’s Opera from being JAVR (Just Another Vampire Romance). First of all, the characters are far more complex, and more deeply flawed, than is typical in the genre. Morgan can be loving and loyal, but ultimately he’s selfish, prone to lying and breaking promises. One might hate him, if not for his absolute devotion to Isabeau. Also, he’s an artist – a brilliant pianist – so one has some incentive forgive his narcissism as the natural companion to talent.

Isabeau, we are told, is a scientific genius. Nevertheless when it comes to Morgan, she can be hopelessly blind. On the other hand, she’s amazingly courageous and resourceful. In one of the best scenes in the book, she rescues a weak and powerless Morgan from the clutches of his vampire enemies – using liquid nitrogen to temporarily freeze and disable his guards.

The secondary characters in Sinner’s Opera are equally complicated. Two of them, Morgan’s elderly servant Avery and Isabeau’s best friend Kirsty, play critical roles in the plot. I had a harder time keeping track of the villains (of which there are many). There’s a lot of back story that I’m missing, since this is part of a series. I was sometimes confused, re-reading the same page multiple times as I tried to figure out who people were and how they were related.

Ms. Nightingale writes accomplished and evocative prose that brings both her characters and the atmospheric setting (Charleston, South Carolina) to vivid life. Each chapter begins with a quote, often from Oscar Wilde. Most are compellingly apt.

Overall, I enjoyed Sinner’s Opera, much more than I expected, if I can be honest. There’s a lot of traditional vampire lore here, but Ms. Nightingale gives it an original spin. Meanwhile, the ending was (for me) pleasingly ambiguous. Die-hard romance fans will likely be incensed that Morgan and Isabeau do not get a standard HEA. In fact, they are separated. Still, they’ve both cheated death, and we know their love survives – presumably to deepen and develop in the next book of the series. 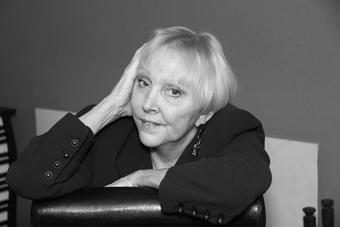 She enjoys dressing up and hosting formal dinner parties!

After 14 years in Texas, Linda just returned home to her roots. She has seven published novels, four of which are available from Audible.com in audio. For many years, she bred, trained and showed Andalusian horses on their farm in Five Forks. So, she’s seen a lot of this country from the windshield of a truck pulling a horse trailer. Our local author has won several writing awards, including the Georgia Romance Writers’ Magnolia Award and the SARA Merritt. She retired from a career as a legal assistant at MD Anderson Cancer Center to write full time.

She has two wonderful sons—one in Texas; one in England—and four equally marvelous grandchildren.

Linda Nightingale is giving away
a $25 Amazon/BN gift card during her tour.
a Rafflecopter giveaway
Posted by Lisabet Sarai at 3:00 AM

Lisabet, thank you so much for hosting and for the well-written review. You can tell you're a talented author yourself! The review is just splendid.

Hope the tour is going really well. I was happy to have the chance to read and review Sinner's Opera. (Thanks for your kind comments about my writing of course!)

Sounds like my kind of book, I love vampires!

The cover is interesting. It really catches the eye.

Wozzers the book cover really grabs ur attention. Always enjoy a good vampire story thx for excerpt and ur take on it Lisabet.