How I stumbled and fell into self-publishing - #indieauthor #paranormalromance #KindleUnlimited 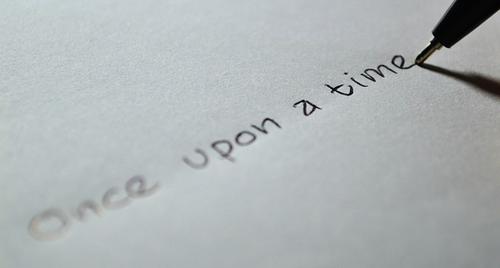 My debut novel came out December 4th 2018 via the traditional route. I know, you’re going: ‘Hey, Vic, you said this was about self-publishing, what’s this about traditional?’ Hold on; let me get there.

I have been writing since I was about 16 years old. Novels, flash pieces, erotica, all kinds of things. I really committed to writing in my 30’s. During NaNoWriMo 2017 I doubled down, I buckled down, and I told myself that this manuscript was going to be thee manuscript. I would work this one to the bone and not give up on it as I had others.

I used every resource at my disposal to make sure I stood the best chance of nabbing a coveted publishing deal. I used MSWL.com, querytracker.com, twitter.com, and google.com. I listened to podcasts, I scoured websites, I was determined. This was my turn, my shot. I had a good manuscript; I just had to get it in front of the right eyes.

So, I had my first draft done by the end of November. I did four rounds of edits myself. I submitted it to agents and publishers, and got my stack of rejections. I had one publishing house request a partial. The victory dance was epic. Ultimately, this turned into a revise and resubmit and yet another rejection.

Rather than tuck tail and accept defeat, I took the twitter. From a recommendation of a friend, I met Vicky Brewster, a phenomenal editor out of the UK. This was the first time in my life I trusted one of my book babies with a professional editor. She is amazing and super supportive. I cannot sing her praises loud enough.

With Vicky’s insights, I edited my manuscript again and this time, when I submitted my work, I took to small publishers. I also re-approached the publisher, which had given me the revise and re-submit. She agreed to look it over again.

I got two contract offers, and the original publisher declined though complimented me on my growth. I took all of this as wins; I was every happy cliché in the world. I ultimately chose one publisher because she offered more of a marketing platform than the other did. I have since learned a lot about marketing, though I’m still flailing, but that is a story for another day.

I did the edits my publisher requested. I got to see the most beautiful cover and cried at the reality of my being a published writer. On December 4, 2018, a year after I completed my first draft, my novel was available across several platforms for purchase. You could have knocked me over with a feather.

This is where the self-publishing comes in. As I said above, this publisher offered some marketing. Little did I know that her marketing efforts were not enough. Ultimately, six weeks after my book was released, my editor dropped me due to disappointing sales.

When I asked what they were, the published sent me screen shots of Amazon’s graphs. On my phone, I couldn’t really read them on the tiny screen. She only sent them via phone. I learned that when you publish the traditional route, you have no idea what your sales numbers are unless your publisher tells you. I still, to this day, have no idea how many books were sold. I am guessing around 20 in six weeks.

My publisher signed the rights of my work back to me. Additionally, she gave me my work in all the file formats I would need to self-publish. She also gave me rights to use my cover art. I was poised to self-publish and that’s what I did.

I went to Amazon, and I used KDP. I put my book up for Kindle Unlimited. I am an “unknown to you” author. My readers, the ones I haven’t even met yet, don’t know me; therefore they are less likely to trust that I have something to offer them. I figured, if I enrolled in Kindle Unlimited, readers would have less of a risk in investing their time and energy in discovering me.

Publishing is a marathon, not a sprint. Spikes happen depending on the marketing and the promotions I run. However, consistency is through Kindle Unlimited. I never wanted to be an author to become a famous author. Sure, I dream of one day having the words “best seller” after my name, but the reality is, what I really want out of all of this is to know someone sat down, read my story, and enjoyed it. I want my book, and subsequent books, to get in front of the eyeballs that will appreciate it.

As my first novel is the first book in a trilogy, I decided to publish the second book myself. I will skip the headache of trying to find representation and just get it out to the people who have asked for the follow up. I am using the same editors and the same cover artist to maintain continuity. I’m optimistic about this. I’ve learned a lot from my first book and I’m excited to embark on the journey of self-publishing this entire trilogy.

Here is a peek of what you will find in my debut novel, which will take you on the adventure that is the Prophecy Trilogy: 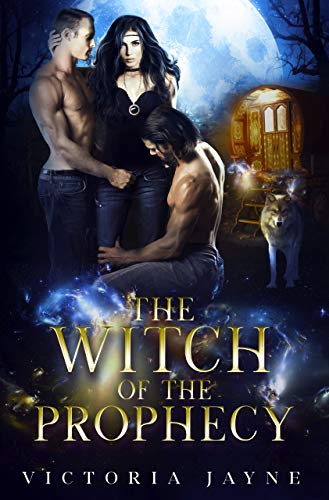 “The vampire whose heart beats for a witch that belongs to a wolf shall save us all. He shall take his throne and rule over all kinds.”

“I’m not some prophetic, self-sacrificing hero.” Rori’s arms fell to his sides, and he used them to push himself up. He wasn’t going to sit for this. “I will plead guilty to all my crimes but being a hero isn’t one of them,” he said to the court with contempt.

Esmine cracked a smile. “Roricus, you are many things but a hero.” She shook her head.

Why did that assertion bother Rori? He had just made the same point himself. She didn’t need to agree with him.

Emptiness spawned in Rori’s gut. Was that disappointment at their lack of belief in him? What had these witches done to him? He lowered his gaze in an attempt to process Esmine’s words.

Florence spoke up. “Sometimes, the world doesn’t need another hero, Roricus.” She folded her hands over the intricately carved table. “There are times when the monster has more morals than the supposed heroes.”

“Keep your spells and your morals away from me,” Rori said and raised his gaze to the center witch. Locking his ire directly onto Esmine when he spoke. “I’m not doing anything else for you.”

Rori had had enough of these witches and their games. They spoke in half-truths, giving him hope before, but he knew better this time around. He wasn’t some toy with whom they could play.

“You have no power over me,” he declared.

Esmine was the first to chuckle. Followed by the blond, then Florence. It didn’t take long for the entire panel to join the laughter.

Rori’s lip curled into a snarl. His canines extended. Heat rose through his chest, up into his face. His fists clenched tightly and he shook. He couldn’t take on all thirteen witches. They’d get him in the end but not before he took out Esmine.

“My apologies.” Esmine held a hand to her chest as her laughter subsided. She waved her hands in both directions so the witches would do the same. “It was just that you seemed so adamant about it.”

His restraint was only as strong as his self-preservation instinct. “I don’t answer to your coven, or any witch for that matter,” Rori said with his fangs still visible.

“You think you have a choice,” Esmine said with a tilted head. The exaggerated pleasantness of her tone signaled her sarcasm. “How very sweet of you.” She folded her arms on the table and leaned toward him. “But Roricus, the time has come for you to take your place. It is time for you to step up and be what you were created to be.”

“And if I don’t?” Rori countered. The temptation to walk away from the table, from the witches, from the prophecy, grew the longer he stood there. The witches had proven before that they promised great things but with them came suffering. He’d done their bidding before and while he was given a beating heart, leaving his emotions more intense and raw, he had to give up the person who had given it to him. From where he stood, their price wasn’t worth the reward and the witches were not beings he could trust.

“The vampire who belongs to the witch will end your kind, our kind, and all other kinds,” the blond offered without emotion. A knot of discomfort grew in his chest, not just from how the witch spoke but from what she had said. 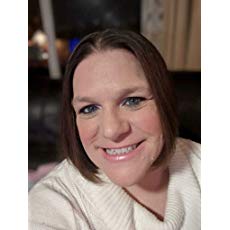 Growing up on the Jersey Shore, Victoria was an insatiable reader. She adored getting lost in the worlds others created for her. During her early teen years, she enjoyed the works of R.L. Stein and S.E. Hinton. As she got older, she drifted into the worlds provided for her by Anne Rice, Suzanne Wright, J.D. Tyler, Joanna Wylde, Cherise Sinclair, Dianne Duvall, and Elisabeth Naughton, to name a few. These writers spawned her love affair with both the romance genre and the world of the supernatural.

Victoria started writing as a hobby while still in high school. Now her days are spent writing, enjoying time with her husband, and her two children. She still lives in New Jersey. She is a member of the Romance Writers of America and New Jersey Romance Writers. Victoria is a New Jersey Devils Hockey fan, an avid SecondLife Roleplayer, and a Netflix binge watcher.

Amazon: https://www.amazon.com/dp/B07MMFMJJD
Posted by Lisabet Sarai at 9:47 AM

Welcome to Beyond Romance, Victoria!

Publishing is a long, hard road. The only real reason to follow that road is love.

Hope your indie adventures are successful, and even more, fulfilling.

Congratulations on sticking it out and especially discovering self-publishing, which is the only way to go for Indie authors. Good luck in the future.