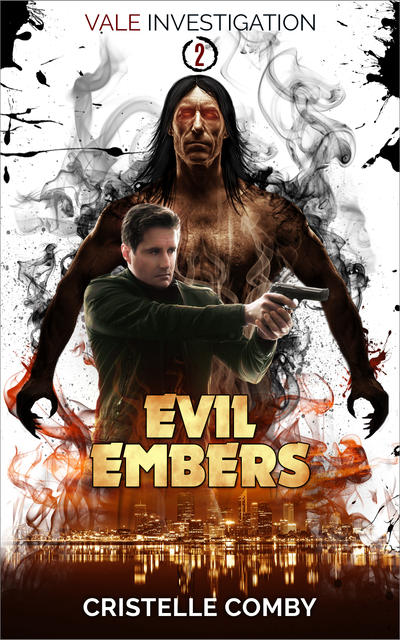 After narrowly preventing the destruction of Cold City, PI Bellamy Vale needs a rest. Or rather, he needs a plain and simple vanilla case—no monsters or otherworldly creatures involved!

When foreign businessman Eli Smith shows up at his doorstep with a thick wallet and a request to find his missing sister, Vale doesn’t think twice before agreeing.

If he’d known body-hopping demons and smoke monsters came attached to this job, however, he might have.

So what if it was mid-February? The way I was feeling that morning, I planned to sleep until New Year came around again. Hells, as far as I was concerned, I earned it ten times over. I put an end to a string of gruesome killings, prevented the apocalypse our former mayor intended for us, and I’d stuck around long enough to clean up the mess she and her minions left behind. All that thinking took out the last bit of energy I had. I closed my eyes, found a way to lie down that didn’t hurt too much, and let sleep throw its soothing blanket over me.

And then someone knocked at the door.

I groaned at the wrong timing but kept my eyes shut. There was no way in Tartarus that I was getting back up again so soon. Whoever it was could get lost.

It was more insistent this time. I could hear a sense of urgency to the motion. I forced one eye open and frowned. The sunlight streaming in from the window was too bright for it to be morning and the angle it bounced off the floorboards was all wrong. I opened my second eye and glanced at the clock on the bedside table…Three in the afternoon.

“The hells?” I muttered, wondering where the day went while I shook my head to clear out the cobwebs.

The knock came a third time and I got up, grumbling all the way to the door. I didn’t bother to put clothes on or to tidy myself up before opening it. I was clad only in an old pair of sweatpants with a variety of cuts, bruises, and bandages on full display throughout my upper body. I hadn’t shaved in a week, and I was sure my hair was a sweaty mess of brown locks and dried blood.

Who knows, I thought, maybe the sight of me will convince my uninvited guest to let me get back to my coma.

If the man in the hallway took notice of my state, he didn’t let it show. He was tall and sickly thin under his rumbled three-piece suit. His pale skin provided some severe contrast with the purple bags under his brown eyes. He was somewhere between forty and forty-five. His angular face wasn’t familiar, and my frown deepened.

He looked like a potential client, the I-want-to-know-who-my-wife-is-banging type, but they rarely showed up to my private address unannounced. I made a lot of enemies in my professional career, not all of them on this side of the border, so my business card only listed my cell number.

The suit he wore appeared brand new, but I frowned more as I realized something didn’t add up. I was no fashion expert, but the matching of colors between the vest and shirt was off, brownish orange shirt covered by a purple jacket. Oh, and he wore a tie that matched his jacket…ugh. The light brown shoes were also at odds with the indigo blue pants. And there was the smell on the guy. It wasn’t a garbage smell—I’d been around enough of that over the last month to know it at first whiff—but there was a smoky quality about it that stood out.

I filed the information away for later and looked the man squarely in the eye. “What?” I croaked, my tongue feeling too thick and my mouth too dry.

“Bellamy Vale?” he asked, with an accent that wasn’t from around here…Middle Eastern, maybe?

I jerked my thumb at the bell next to the door. It had my name on it.

The man peered down at it perplexed, then pressed the round button. A shrill ringing shot out of the tiny plastic box above the door, and the sound sent sharp needles dancing through my brain. I winced in pain.

“Yeah—yeah, that’s me.” I rushed the words out, eager to make the noise stop. Damn, but my head was killing me. My odd gentleman caller took his finger off the button to look at me again.

I needed help too, preferably in the form of another round of painkillers. But that was going to have to wait. I waved my potential new client inside. 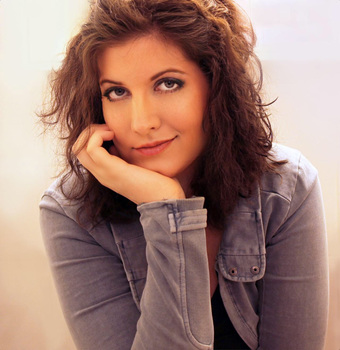 Cristelle Comby was born and raised in the French-speaking area of Switzerland, on the shores of Lake Geneva, where she still resides.

She attributes to her origins her ever-peaceful nature and her undying love for chocolate. She has a passion for art, which also includes an interest in drawing and acting.

She is the author of the Neve & Egan Cases series, which features an unlikely duo of private detectives in London: Ashford Egan, a blind History professor, and Alexandra Neve, one of his students.

Currently, she is hard at work on her Urban Fantasy series Vale Investigation which chronicles the exploits of Death’s only envoy on Earth, PI Bellamy Vale, in the fictitious town of Cold City, USA.

Cristelle is giving away a $50 gift certificate to one lucky reader. Use the Rafflecopter below to enter.

I encourage reading so having a family who loves to read I sure support.Thanks for sharing your terrific read with us.

Welcome to Beyond Romance! Your book sounds like a great combination of classic noir and paranormal. I hope it does really well.

As for a writer's life, I agree with everything you say, except that for me, self-publishing has worked really well. That's partly because I'm a grammar nut and can produce pretty clean manuscripts without a professional editor, but another factor is that my work doesn't fit neatly into publishers' boxes.

Anyway, thanks for sharing your thoughts.

Hello to another new-to-me author. This book is not my usual genre, but it looks and sounds very good and well worth a closer look.

Hello you are new to me, this book sounds good...i will be putting it on my TBR list
Thank you for an inside look to the world of an independent author. I wish you much success. Thank you for the chance

How many books have you had published? Bernie Wallace BWallace1980(at)hotmail(d0t)com

I am always looking for new authors to read. This sounds like the kind of books I enjoy reading.
jwisley(at)aol(dot)com

Thanks for the warm welcome. If you do get the book, don't forget to let me know what you thought of it; I love getting feedback from readers.

Remarkably enough, I seem to be in an urban fantasy phase, having just finished books by a favorite author and a new-to-me one. It looks like I'll have to add a new name to try as I enjoyed the excerpt. Good luck on the release and tour and thank you for the giveaway opportunity!

I love the cover, thanks for sharing!

Thank you for the great excerpt and the peek into the truths of being a writer.