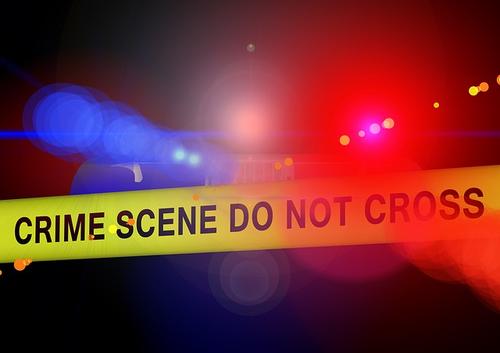 Many people feel this way about rape or other forms of non-consensual sexual activity. Yet studies (here, for example) have shown repeatedly that many women (and some men) fantasize about being raped or forced into sexual activity. In general, these women understand that imagined coercion is very different from real rape. Finding the former arousing does not indicate a desire for the latter. Nevertheless many readers, and publishers, object to exploring this topic in erotica.

What about incest? Despite the difficulty authors experience in publishing fiction that features sexual activity between adult family members, the taboo topic is a turn-on for a significant subset of readers. The wildly popular step-brother romance sub-genre has provided a “safe” way for readers to experience the forbidden thrill of being attracted to a close relation. I personally consider this as a bit dishonest. I’ve had incestuous dreams about my own brother. I’d never act on them, but that doesn’t mean the dreams weren’t a turn-on.

Sex with children may be a hard line. Adults getting sexual with kids too young to object or to understand is definitely wrong. There are no extenuating circumstances. But how do you define “young”? Is fourteen too young? That’s how old I was when I gave away my virginity, to a guy who was twenty. I knew exactly what I was doing (well, in theory, at least). During the teen years, desire is confusing and inchoate, but overwhelming in its power. Memories of that period, when every emotion cuts to the quick, offer tremendous possibilities for meaningful and moving—as well as tremendously arousing—erotic fiction.

These are not easy questions to answer. If you think they are, I believe that you’re fooling yourself.

Of course there are individuals who do enact this sort of forbidden scenario in the real world. There are men who kidnap women and hold them prisoners in their basements for years, who secretly abuse grade school kids, who screw their prepubescent daughters. These people have always existed. Does our writing about the sort of crimes they perpetrate encourage these people to commit these crimes?

Does an author who writes about a serial killer encourage murderers in the real world?

How much of the horror that people express about various taboo topics is rational, and how much is based on their personal discomfort? I will leave that question open for you to ponder.

Publishers and online venues don’t want to make readers uncomfortable. They’re also worried about getting in trouble with the law. Hence, they establish various rules about what content is and is not acceptable. These rules tend to be idiosyncratic, depending on both the personal beliefs of the owners or operators and their perception of their market. For instance, I had a publisher reject one of my stories once because they had a policy prohibiting the portrayal of priests and nuns in erotica. In the romance world, very few publishers will accept any work that includes bodily fluids (“golden showers” or “scat”) even though there’s no legal reason for them to reject such stories (and it’s possible to write about these topics with both grace and heat). These publishers are convinced their readership will find such content “gross”.

Perhaps you will consider me an incorrigible reprobate, but I am in favor. I believe we should have as few rules as possible.

In my view, erotica should not only turn readers on, but should also expand their perspectives. Sex is inextricably intertwined with so many other emotions—love, guilt, ambition, shame, anger, and compassion, to name just a few. Erotica derives its singular power from this psychological complexity. It’s not a safe genre, or at least it shouldn’t be. Sometimes the most arousing stories are the most disturbing.

Does that mean nothing is sacred, nothing forbidden? That’s something each of us has to answer for ourselves. There are few, if any red lines that I can discern. Defining what is and is not acceptable in erotica is a dangerously slippery slope.